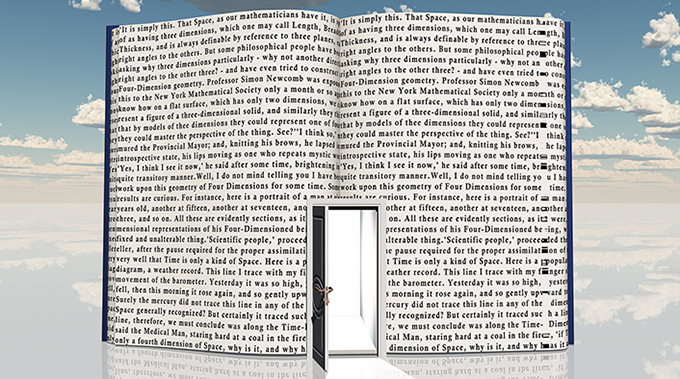 The pandemic year has been odd for open-access (OA) policy. The shutdowns of libraries worldwide illustrated brutally the fragility of our access to research but also the power of open access, with many publishers scrambling to “unpaywall” the research they publish.

Open access looked like the future. At the same time, however, the plague gutted already depleted library budgets, making it far harder to envisage substantial investment for a transition to open publishing.

It is within such contexts that the Community-led Open Publication Infrastructures for Monographs (Copim) project is working. Funded by Research England and Arcadia – a charitable fund of Lisbet Rausing and Peter Baldwin – Copim plugs the missing infrastructural gaps in the open-access landscape for books, bringing OA books one step closer to reality.

Despite the furore about open licensing, trade books, third-party material and the many other heated topics that surround OA for books, there is a more fundamental problem that requires addressing: the economics. The simple fact is that book-processing charges (BPCs) at the £11,000 mark will not scale into anything even remotely acceptable in the humanities disciplines.

The irony here is that we have seen routes to open-access monographs that do not involve dreaded BPCs. Knowledge Unlatched is perhaps the best known example of these, although Open Book Publishers and Punctum Books – both born-OA presses – have membership schemes that help to fund their operations. Other presses, such asUniversity of Calgary Press, seem to operate on a mixture of grants and print sales to finance OA outputs. Our recent revenue models report for OA monographs indeed shows a wide variety of approaches.

Yet there are many paradoxes to overcome in the OA funding world. Large efforts such as Knowledge Unlatched are sometimes viewed with suspicion by libraries, who are unsure that the best titles are being put forward. As well as now being for-profit, which can cause friction, such centralised efforts represent a large single budget line for institutions and, therefore, a target for cuts. On the other hand, individual membership schemes for presses can appear to be overly burdensome. It can sometimes feel like a no-win situation.

I have been thinking about models for OA monographs for more than a decade, searching for an affordable way for small- to medium-sized presses – and particularly university presses – to transition to fee-free OA. My experience of implementing a business model with these characteristics at the Open Library of Humanities has taught me many valuable lessons about the labour involved and the limits of scalability.

I believe that this year we have developed such a model that could work for many mid-sized university presses. It is a model that preserves print and that is low risk, a model that is affordable for libraries but avoids charging authors. Most importantly, it is a model that scales dynamically; as membership grows, books are made OA the second that a press hits the revenue threshold, meaning that it is not an “all or nothing” approach. The model is called Opening the Future.

The model works by offering a subscription package to elements of a press’ backlist. That is, the press offers options of collections of 50 or so titles to libraries, to which institutions subscribe. These titles are not open access but are offered as a subscription for the duration of the term.

However, in Opening the Future, revenue from the subscriptions is used to fund frontlist titles to go open access. This model, then, appeals to both those who wish to pay for subscription-access content (more traditional university acquisition models) and those who support OA initiatives. It brings many institutions together under one roof for an affordable route to open-access books.

Of course, the model does not obviate the need for subsidy; the Central European University Press, who are the first press to implement the plan, receives support from its host institution (as should all university presses).

How affordable? If we can get 250 libraries on board, we’re looking at an average cost of €10.67 (£9.68) per book to which the subscribing library has access (50 subscription books plus 25 new OA titles). The economic model also ensures the preservation of academic freedom, as titles are not selected to be OA based on any crass measure of popularity, but on academic merit, ensuring that publishers can continue to maintain broad lists.

So far, reaction to this model has been extremely positive. Project Muse, the major distribution platform for humanities scholarship, is our access partner for both OA and subscription content. Lyrasis in the US is supporting us in outreach to libraries, to explain what we’re trying to do.

But success in this model will be seen not just in a single instance or implementation but in its spread. I genuinely think that this could be a model that will work for many presses that want to move to OA. Of course, there are many questions. Copim, though, will be writing up how we implemented this and releasing a tool kit so that other presses can evaluate the model and their own ability to flip, leading us, we hope, towards a vibrant digital – and open – future for the research monograph.

Author Bio: Martin Paul Eve is professor of literature, technology and publishing at Birkbeck, University of London and is the lead on Work Package 3 of the Copim project.