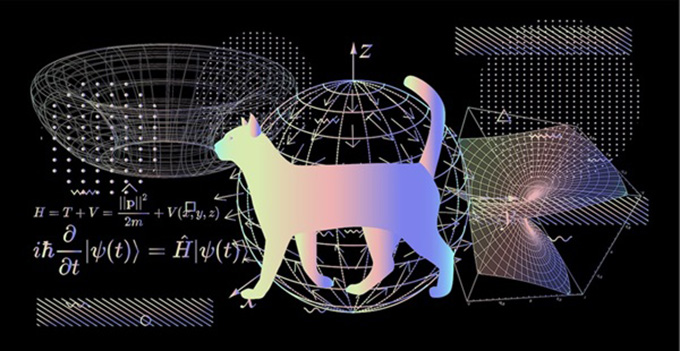 The term “quantum” is very present in the news, between the awarding of the Nobel Prize to Alain Aspect and the technological race in quantum information… The use of this word actually dates back to the dawn of the 20th century  , with the development of mechanics or quantum physics which initiated a true revolution of knowledge and whose consequences are not yet exhausted. Today we talk about logic, chance, cryptography, entanglement, quantum computers .

Coming from the Latin “quantum” (plural “quanta”) which means “how many”, the adjective “quantum” evokes counting and, in practice, a quantum of matter or energy will correspond to an elementary, indivisible grain. Quantum mechanics is the theory that describes the evolution of phenomena in the world of the infinitely small, that of elementary particles.

The term quanta was first introduced by Max Planck. In 1900, he put forward the hypothesis that energy exchanges, for example between a proton and an electron, take place not continuously but in small discrete quantities. His work analyzed blackbody radiation , a heated cavity filled with gas that emits light. The light spectrum observed was not continuous but composed of a set of well-defined frequency (or color) lines, and each chemical element was characterized by a specific spectrum. From this idea, Niels Bohr designed the planetary model of the atom in which the electrons revolve around the nucleus in orbits of quantized energies.

Classical physics predicts exactly the trajectory of an object described by well-defined positions and speeds, in quantum physics we only know how to calculate probabilities of occurrence among an infinity of possible trajectories.

A decisive confirmation came in 1905 when Einstein interpreted the photoelectric effect . An illuminated metal plate can produce electricity. The intensity of the light is not the necessary criterion, on the other hand the color is crucial: the effect only appears with high frequency lines. Einstein imagined light made up of a flow of elementary objects which he called photons, each carrying, according to Planck’s hypothesis, an energy which depends on the frequency: E = hf, E designates the energy and f the frequency , h being a universal physical quantity called Planck’s constant.

Thus the effect was explained as a collision between the electrons of the metal and the photons of incident light. A minimum energy is necessary to extract the electrons from the plate, which the more energetic blue photons allow but not the red ones.

Interpreting light as a quantum flux led to a dilemma. The nature of light had been debated since the 17th  century between Newton’s granular vision and Huyghens’ wave vision . With Maxwell’s equations , the wave nature seemed definitely proven. After 1905, the “quantification of light” returned with force.

So, is light a wave or a flow of particles? Both, that’s the surprising answer. It is the famous wave-particle duality which admits two facets of reality: light interacts in the form of photons but it propagates in the form of waves. And this is general: the electrons themselves can behave like a wave.

This leads to consequences that may offend common sense, calling into question classical determinism. In particular, Heisenberg wrote his uncertainty relations which teach us that it is impossible to know precisely the position and the speed of a particle.

One of the most disturbing consequences is revealed with entanglement, honored by the 2022 Nobel Prize. The function that represents a particle is nonlocal, it is not limited to a point and this allows an interaction in one place is instantly reflected in other places, which seems to contradict the relativity that limits the speed of propagation of any information. This is verified by the experiment of two photons produced simultaneously which “communicate” even separated by several kilometers.

Many technologies derive from quantum physics  : nuclear energy as much by fission as by fusion, the electronic microscope, the laser, transistors and other printed circuits… Medicine is indebted to it for magnetic resonance imaging, radiotherapy. More recently, entanglement has made it possible to imagine quantum cryptography and quantum computers are being developed which benefit from considerably increased calculation speeds.

It is fascinating to think that all these important consequences arise from a science that Einstein rejected as incomplete and which led to Feynman’s admission: “I think I can say that no one really understands quantum physics. »