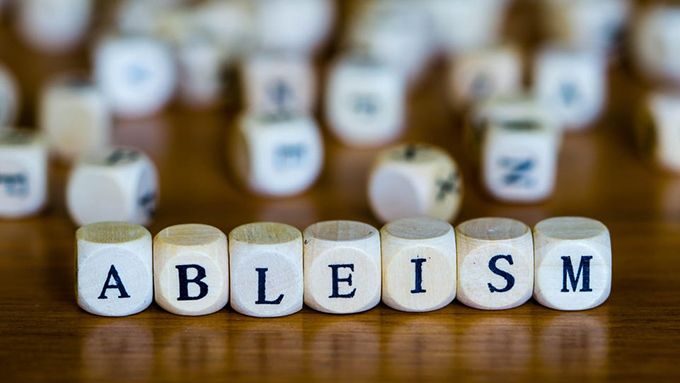 The word ableism is a French translation of the term “ableism”, deriving from the word “able” (capable, in French). The concept of ableism includes discriminatory behavior against people with disabilities. There are several clues about the origins of this concept . Most tend to originate within the civil rights movements for people with disabilities between 1960 and 1980, in the United States.

It was then Disability Studies that would have contributed to the democratization of this notion in the academic world in the 1980s. Relying on militant mobilizations, this Anglo-Saxon field of studies challenges the exclusively medical view of disability, predominant in that time.

In France, the term “abledism” appears for the first time in an activist text in 2004. This is a real turning point since, in a single word, is gathered all the discriminations in the direction of disability . Since 2005, disability has been one of the eighteen discrimination criteria set by the High Authority for the Fight against Discrimination and for Equality (Halde). Discrimination is found in unequal treatment by society, stigmatization, as well as in mental, social and unconscious processes.

Ableism (or ableism in Canada) is based on two discriminatory approaches  :

If the term ableism has become popular in militant circles over the past 15 years, it is because it responds to the need to raise awareness and to legitimize the interest in being concerned about the discrimination and oppression experienced by the people concerned. . Since the end of the 2010s, it has emerged in the media , but mainly in the testimonies collected from activists.

In the academic field, although academics use this term, it is mainly in militant journals that their texts mentioning it are published. However, validism is gradually taking hold in social science writings, and we can also highlight its emergence in the public sphere with its entry in the Le Robert dictionary in 2022.

Author Bio: Lucas Sivilotti is a Post-doctoral Researcher, Doctor in Education and Training Sciences at the University of Bordeaux