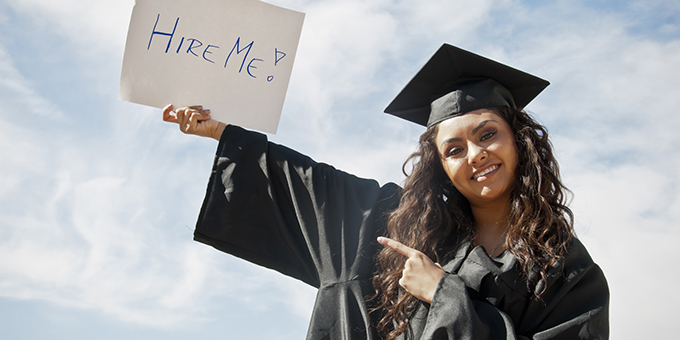 I know I’ve written of the tremendous glut of Ph.D.s before, but I feel this is an important issue that needs addressing, for two big reasons.

First, many schools are basically degree mills, cranking out diplomas in exchange for those sweet student loan checks. The students learned nothing in their degree programs, so when they graduate, they can’t find a job. We’ve been doing this for years, and it’s created many victims. Many of these get double-victimized, as they return to school to get doctorates, getting even further in debt. But since now we have doctorates being cranked out in huge abundance, their value has also plummeted to almost nothing, in most fields (and, yes, that includes STEM). The more I cover this huge scandal in higher ed, the more likely it is I’ll prevent at least a few people from being double-victimized.

While the first reason above is honorable enough, the second reason I keep coming back to the Ph.D. glut concerns me more because it deals with integrity. See, your typical bachelor’s degree was never about a job, and was never meant to directly apply for a job. A degree in Sociology, Psychiatry, even pure Mathematics is not, all by itself, necessary to get a job. In these “olden days” simply earning a degree was an achievement and nothing more, noteworthy enough that an employer realized the earner was an exceptional person and likely would do well at any job. The exact field was unimportant.

But that’s the bachelor’s degree. A Ph.D. is a different matter entirely. Such a degree is a scholarly research degree, a demonstration that the holder is qualified to conduct legitimate research (again, I’m referencing the old days here). Absolutely there were independently wealthy people who would get such degrees and research on their own time, but those days are mostly over. While common enough over a century ago (where the aristocracy was more common), somewhere in the 19th century it was clear that the people getting Ph.D.s were devoting their lives to knowledge, and would generally need, if not aristocrats themselves, support from a wealthy sponsor. This support soon shifted over to support from a university or other institution dedicated to knowledge.

What I’m getting at here is while bachelor’s degrees are seldom explicitly for a particular job, doctorate degrees are, specifically, for getting a job in higher education. Thus comes the integrity: for a university to accept doctoral students far in excess of any estimates of job availability is a woeful lack of integrity.

Integrity is important here, because every accredited school promises in writing to act with integrity. Few, if any, do, because those student loan checks at the graduate school level are very sweet indeed.

We’re now starting to regularly see the problem at the Ph.D. level which we started to see a decade ago with our students getting bachelor’s degrees. This is no surprise, since it can take about a decade for a student to get a Ph.D. The Ph.D. mills are destroying the value of a Ph.D. as assuredly as our degree mills have destroyed the value of an undergraduate degree:

They called my university a PhD factory – now I understand why

I’m quoting from Anonymous Academics again here, because I also think it’s important to understand faculty, when trying to point out serious problems in higher education today, are punished severely, and this punishment is so common that you can literally publish a regular column from faculty willing to highlight problems…provided they can preserve their anonymity.

Her article added to an expanding genre known as quit lit, which reflects the growing disillusionment of many academics with university culture.

Just as we a huge body of literature of anonymous academics too afraid of retaliation to openly criticize higher ed, so too do we now have a great deal of literature which covers academics who write of their thoughts regarding walking away from the entire exploitative system. The article I’m quoting from is just one more such piece.

The author has her prized Ph.D. but can’t find a job:

Perusing job ads, it strikes me that lectureship vacancies are rare, in contrast to the plethora of positions for university bureaucrats. When permanent jobs come up, the ensuing feeding frenzy sees hundreds of applications from superbly qualified candidates.

I used to be on hiring committees, and it is amazing when a job opens up. Even though the job requirements were very restrictive, we’d still get many hundreds of applicants who, on paper, were every bit as qualified for the job as I was. Even after moving the females and minorities to the top of the stack (because that’s what admin wanted), it was still a daunting task to get to the top five worth interviewing by the committee.

Senior academics warned that my university cared more about cheap labour than launching academic careers. It turns out they were right

The “cheap labour” (if you’ll forgive the British spelling; the article is just as valid for the US) refers to being used as a grad student. While adjuncts –churned out Ph.D.s desperate for work–form the bulk of labor (cheaply) for higher ed, another significant source is the grad students, who also teach courses and perform research.

As a third bonus, grad students also bring in that sweet tuition revenue. It’s no wonder integrity was discarded in exchange for a bunch of grad students to exploit.

…the aspirations of doctoral students – the overwhelming majority of PhD students I’ve encountered desperately want a career in academia. They didn’t saddle themselves with debt because they wanted intellectual stimulation. Given university marketing departments’ desperate trumpeting of the value of “employability”, it’s surprising that taught and research postgraduate degrees seem exempt from this consideration.

Again, integrity is an issue here. Any claim that employability will happen via a doctorate is implicit is disintegrated when the university marketing explicitly states that’s what the Ph.D. is for. Now, when a university is stamping out, say, Plumbing degrees, they can defend themselves from their graduates not getting jobs by saying claiming the university has no control over the plumbing industry.

But higher education totally controls the jobs for Ph.D.s. They know how many positions were available last year, are available this year, and have an excellent idea how many will be available in the years to come. Universities are stamping out degrees for jobs they know for an absolute fact won’t exist because they are the industry.

I’ve had a year as an academic, for which I’m grateful. I’ve got a nameplate on my door (which I intend to take with me when I leave). Do I feel like a failure? No, I did everything I reasonably could to make myself employable. But I can see that the PhD production line is broken, and it won’t be fixed any time soon.

So another scholar walks away from higher education, another victim created. And so I post again, in the hopes that more people will become informed, and thereby fewer victims will be created.

But I still believe our universities need to be taken to task for the pure evil they are doing here and forced to renounce their evil actions, because they’ll never stop doing it on their own.

That would take integrity, after all.