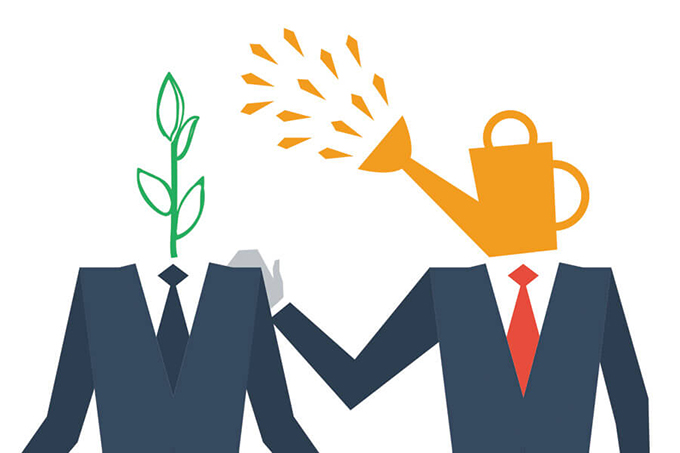 I have been mentored by three professors for an extended period of time, who for the purpose of this article, will be known as Professor Autonomy, Professor Mastery and Professor Meaning. This also happens to be the order in which I encountered them. What I have learned is that in order to be a professor you must have an element of all three, but like science, all of them have a bias.

In the quest for guidance you will be reminded of your status as an independent researcher. However, autonomy in relation to your autonomous educational journey does not mean autonomous in terms of your role in Professor Autonomy’s research ambitions. In this context, you will wonder if Professor Autonomy was derived from Professor Autocratic. You will spend long hours in a laboratory collecting data you don’t fully understand that is central to the “bigger picture” and of course your thesis (whenever you get to write that).

Professor Autonomy is a big fan of mastery, but only after you’ve proceeded with what he’ll see as an inappropriate study design, collected questionable data and made what seem to him like utterly speculative interpretations. Cue demotivation and the need to develop resilience – fast. Professor Autonomy’s meaning lies largely in the next grant he is trying to obtain and demonstrating superiority to his university colleagues. As you become more informed, you may find there is little meaning other than the metric.

But, every autonomous professor has a silver lining. Firstly, his drive toward the metric provides opportunity via grant funding for students. Secondly, provided you’ve been raised with an appropriate level of resilience you will experience failure and criticism on a level sufficient to develop a level you didn’t know you had.

You eventually learn to fight back with intellect and you will be an independent thinker, a skill that will sustain the rest of your intellectual life. But, if you like research but need to develop resilience, don’t start here – you won’t make it through.

Professor Mastery is just that. Everything is flawless. Your registration form, your weekly meeting appointment and the standardised form that accompanies it, your ethical application, your study design, your protocol, your measures and your data. Professor Mastery is patient and will teach you every trick of the scientific trade until you are capable of publishing systematic reviews worthy of inclusion by the Cochrane collaboration.

You will publish early and often – there will be no steep writing of a thesis at the end, as is the case with Professor Autonomy. Speaking of autonomy, you will not have much, particularly in the early days. This is a system designed to perfection and although you will be free within the system, there is not much room to get lost. Professor Mastery slowly increases the autonomy you are afforded toward the end of the process without ever completely removing the shackles.

Professor Mastery finds meaning in your education and the advancement of his own scientific career. Professor Mastery is the perfect starting point no matter what end of the spectrum you perceive your resilience or scientific capabilities to be. If you start with Professor Mastery, quickly move on to Professor Autonomy or Professor Meaning otherwise you may have a career of mastery with little meaning. In the words of Adam Grant: “practice makes perfect but it doesn’t make original”.

If you start with Professor Autonomy then move to Professor Mastery next. You can already think for yourself and he will show you how to turn that thinking into tangible productivity.

There are two times when you want to encounter Professor Meaning: really early in your doctoral journey in order to be inspired or much, much later, but not too late. To maximise the value of Professor Meaning you need to have already acquired the skills of Professor Autonomy and Professor Mastery, but not be too far gone that you no-longer have the will to change the course of your career.

There is no time for any developmental skills with Professor Meaning. He assumes autonomy and mastery the way he assumes he’ll have coffee that morning. He doesn’t even know where to get an ethics form (seriously, he doesn’t), someone else takes care of that, he can’t remember who.

Professor Meaning is totally focused on making a difference. The evidence of this will be littered around the university in the form of admiring and resentful colleagues, books and public engagement. Professor Meaning is not to be confused with Professor Publicity who is not discussed in this blog. Professor Meaning uses publicity to advance the issues he finds meaningful rather than advance his public persona.

Professor Meaning cultivates a people-centred environment because he knows that this is the only way to achieve anything meaningful. The administrators, placement students, PhD candidates and lecturers are all part of one giant human wheel rolling toward meaning. Outsiders will portray him as a maverick and perhaps arrogant. He simply believes that something different is possible. Professor Meaning is still human and he draws on the compassion of his human wheel during times of sticks and stones.

No matter the order in which you encounter the three wise professors, the experience of working with all of them at some point is better than only having met one or two in the correct order.