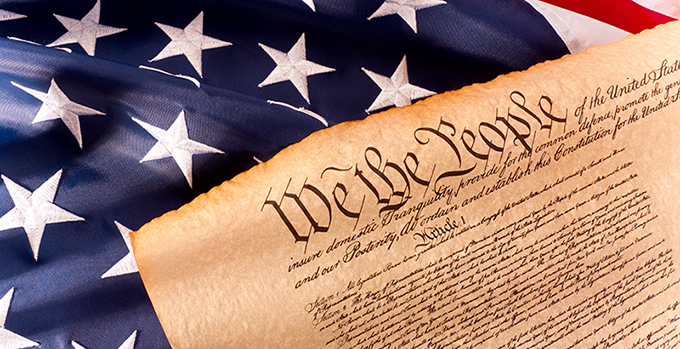 Those unfamiliar with the details of the US Constitution may have been surprised to learn last week that the “electoral college” is not an academic unit within American universities.

In fact, the campus is a dubious place from which to project outcomes of campaigns in national politics. It brings to mind the fool’s errand attributed to shoddy statistics, in which an unwarranted assumption is connected to a foregone conclusion. And nowhere are the peculiar, frazzled connections between US higher education and political outcomes more evident than in last week’s elections for the presidency and numerous seats in the Senate and House of Representatives.

The conventional wisdom is that US higher education tends to be a bastion of liberalism and even far-left advocacy – by which logic, the unexpectedly high number of votes cast for Donald Trump could be seen as a popular repudiation of the academic verdict on his presidency. However, US colleges and universities are deceptively complex in their political influence and involvements within their city, state and region.

The liberal generalisation holds when one looks at professors in such departments as sociology, English, history and political science. But it weakens considerably when you take in all the other units within a comprehensive university. A school of business, for instance, often has the most faculty and students of any single unit, and most likely many of its constituents tend to vote towards the right on matters of corporate legislation, taxation and tariffs. Economics has canons to the right as well as to the left; the University of Chicago’s Milton Friedman, for example, was the iconic conservative economist in the latter half of the 20th century.

At a major research university, meanwhile, it is not uncommon for health fields to account for more than half the total faculty; their faculty members’ political affiliations tend to be much less uniformly left. Some engineering professors may have been designers of the “fracking” technology that liberal climate change activists abhor. And academic experts are featured on Fox News, as well as on CNN and MSNBC.

Moreover, political patronage of certain types of higher education institution does not necessarily create indelible links between a candidate and a campus. Trump has received a great deal of favourable publicity for his federal financial support of historically black colleges and universities. HBCUs’ presidents and boards may appreciate (and accept) such support, but that does not mean that they necessarily voted for Trump’s reelection.

Nor does the old college tie necessarily predict students’ and alumni’s political beliefs. Trump is a 1968 alumnus of the Wharton School of the University of Pennsylvania. A simplistic, linear view of the world might lead to the suggestion that Penn is therefore behind the president – but I doubt that is necessarily so.

Equally, a college’s ideological stance does not necessarily rub off on its political alumni. Indeed, they sometimes provoke an allergic reaction. When Franklin Delano Roosevelt was running for president in 1932, one journalist noted that he was a member of the Harvard College Class of 1904 (his opponent, Herbert Hoover, was a Stanford alum, major donor and trustee). Roosevelt responded: “I took economics courses in college for four years, and everything I was taught was wrong.” When the Class of 1904 compiled its 25th anniversary album, his classmates overwhelmingly reported that they voted Republican. FDR was considered a “traitor to his class” – both his college class and his social class.

What about higher education administrators’ political ties? State university presidents usually are aligned with incumbent governors and state legislators in their mutual quest for educational programmes that lead to jobs. In other words, even though some academics and their fields are associated with what might be termed liberal advocacy in public policies, most universities are essentially conservative in their organisational behaviour and public conduct.

Above all, presidents and university boards rely on the art of compromise to survive and even thrive at the state and national levels of politics. Note, for example, that there have been few instances in recent months of college and university presidents – whether at public or private institutions – outright endorsing a political candidate.

Members of an academic institution will tend to favour national candidates who bring federal funding to their particular programmes. But even this truism can bend to the left or right. Needs-based federal aid for students from modest-income families brings resources and promotes social justice, as favoured from the left. Meanwhile, federal grant funding from the Department of Defense for weapons research and development is coveted by some applied science fields, whose members would therefore have no qualms about voting for a candidate from the right.

On balance, then, the effect of US election results on the mood of university staff and faculty may be less distinct from its effect on the mood of the country at large than is commonly assumed. So fasten your seat belts: we’re in for a bumpy few weeks!