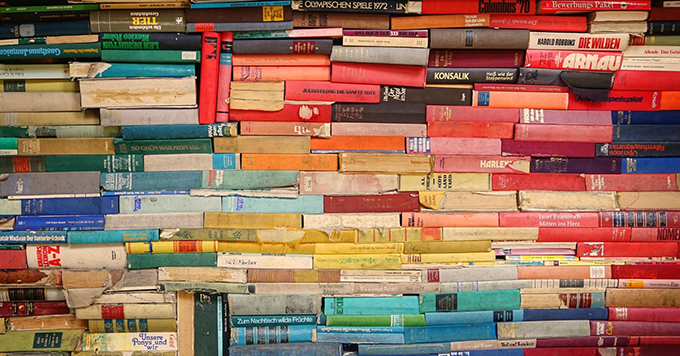 What goals does what we call inclusive writing pursue? Essentially, this writing aims to make women more visible, by explicitly indicating their presence, and to end the supposed domination of the grammatical masculine.

On the linguistic and sociolinguistic level, we can distinguish three aspects which inform us about the treatment that the school should reserve for them.

Indeed, if the vast majority of names that designate women have always been feminine ( farmer, singer, merchant, instructor, regent …), sectors where women have long been in the minority, positions of responsibility, the army , the world of justice, etc. opposed (and still sometimes oppose) certain resistances. But societies evolve, women have access to all functions, and using a masculine word to designate them contravenes the general principle of language.

This feminization concerns the lexicon, which is also used orally. The rules of feminization are well integrated by children from an early age. Some guides are available. They pose no problem in writing, and the school should have no trouble integrating learning.

A number of expressions can be considered sexist, because they present in an imbalanced way the distribution of roles between men and women. This is the case with the basket for the housewife or as a good father , which can easily be replaced by neutral formulations, such as the basket for the household or as a responsible person .

A particularly controversial expression today, and rightly so, is the one that describes the agreement of content in, for example, Pierre and Élisa are content  : “The masculine prevails over the feminine. The wording of the rule is certainly heartbreaking. It allows for some of the inappropriate transpositions, outside the framework of grammar, where men would “win out” over women. But when the wording of a rule is sexist, what needs to be changed is the wording, not the rule.

This is no longer how French textbooks express themselves, most of them simply saying: “The agreement is made in the masculine. The formula nevertheless continues to circulate, but no more teachers, no more parents should use it.

The school has a role to play in denouncing the ideologies which underlie certain ways of expressing oneself, and in disseminating irreproachable substitutes.

The masculine plural: inclusive or exclusive?

These choices have repercussions on the agreements, where the two genders should appear systematically: a sentence such as All farmers are concerned would then be rewritten in the form All farmers are concerned . The same goes for the anaphors: instead of the pronoun they in Anne and François will come, but they will arrive late , we would have her and him  ; instead of … local residents. These will receive… , we would have … the residents. They will receive… .

To bypass both the masculine and the doublets, we can resort to solutions like the following:

The partisans of inclusive writing also propose neologisms to merge into a single form a word in the masculine and a word in the feminine: toustes pour tous et tous  ; iels for them and them  ; farmer for farmer …

In the different cases, what they question is the possibility for the masculine to be able to also refer to one or to women. However, in the French language, remember that we must distinguish at least two situations:

1. Exclusive masculine
Behind the names masons or welders , we probably spontaneously imagine men. Same thing if we say Our neighbors wore a mustache . We interpret the masculine according to our knowledge of the world. This tells us that only men wear mustaches and that masons and welders are recruited mainly from men. We will say that the masculine, in such jobs, is exclusive. It could be useful, in certain contexts, particularly in training or job offers, to indicate that we are talking about both men and women, with the double mention of welders and welders .

2. Inclusive male
Let us compare the examples mentioned above with the announcement at the station Travelers to Paris must go to platform 3 . Does the masculine of travelers really hide the presence of women? Do we really imagine when we receive the announcement that female travelers should go elsewhere? And to make women visible, should we really say the travelers and travelers or the voyageureuses  ? In Readers must return borrowed books  ; The students are in examination period , we obviously designate, through the words readers and students mixed groups, made up of men and women.

Here too, it is our knowledge of the world that guides us in this all-encompassing interpretation of the masculine. The masculine is then inclusive, it allows to designate mixed sets, and it has been so since the birth of French. In other words, it is in a very summary analysis of the functioning of the language that we can think that the grammatical masculine systematically refers to men only.

The new forms are also proving to be problematic in more than one respect, especially for schools.

The examples sufficiently show that the adoption of these new standards results in a greater gap between oral and written: how do you read aloud Certain municipal employees are unhappy es? This also generates an obvious complexity of the spelling rules, while the proposed modifications are far from being stabilized and they come into conflict with ordinary standards.

If we know that a large proportion of children – several studies on this point converge – do not have a good grasp of orthographic agreements in gender and number when entering secondary school, we can sense that the new forms will be less liberating than generating increased difficulties, and therefore exclusion.

Reading texts with many double forms is also complicated. However, several international surveys indicate that in Belgium and France, at the age of 10 , and again at the age of 15 , many students still encounter difficulties in understanding texts.

Because they complicate decoding tasks during reading, the new standards risk increasing these deficits and excluding even more children from written communication, but also, among adults, those who have strained relationships. with writing.

For the drafting, the procedures which make it possible to bypass the masculine and the doublets are often not within the reach of the greatest number. Writing a clear, precise and stylistically satisfying text could become the prerogative of an elite, and the appropriate writing of a text (a letter, a post, an email…) would be felt as an objective inaccessible by many people.

In the three sections distinguished here, the intentions of the supporters of inclusive writing are dictated by the same concern to ensure greater equality between men and women. In the first two, the desired linguistic changes do not encounter any real obstacles, apart from the usual resistance of many to innovations.

In the third, on the other hand, the democratic project comes up against another equally democratic objective: ensuring equal access for all, women and men, girls and boys, to the practice of the language. However, by wanting to achieve the first, there is a serious risk of hampering the pursuit of the other. Including without excluding , would it be so difficult?