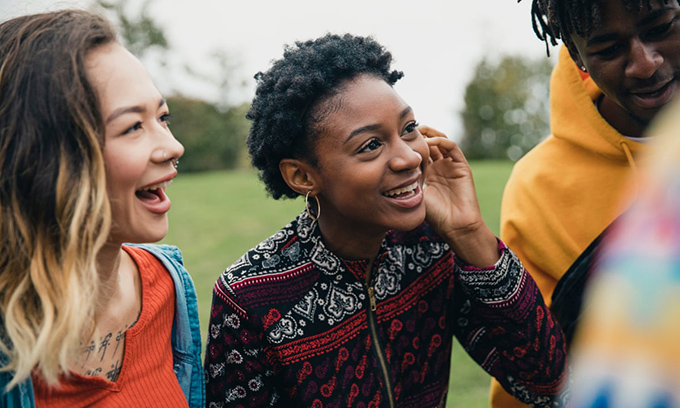 Universities are increasingly being challenged over their responses to racial, gender and class inequality. As a result, even those reluctant to admit that they perpetuate discrimination are at last trying to do something about it. Yet certain issues remain largely undiscussed.

The wake-up call has been loudest about black and ethnic minority (BAME) school-leavers, who are less likely to enter tertiary education and, if they do, are more likely to drop out or attain lower degree classifications. University marketing departments have gone into overdrive, promoting an image of their campuses as inclusive and friendly. Curricula are being “decolonised”. Yet so far little attention has focused on BAME students’ actual experiences in university classrooms.

A project we carried out at Keele University looked at just that. We set out to answer a series of questions. How do BAME undergraduates navigate typically white university spaces? To what extent do lectures, seminars and tutorials put up unseen barriers to such students? And how can their experience be improved?

Instead of using conventional methods of research, such as observation and questionnaires, we invited 12 self-identified BAME undergraduates (nine women and three men) to a workshop led by a BAME creative practitioner, who used dance to stimulate reflections on their classroom experiences. Because we did not want to replicate the power dynamics of the classroom, we as researchers stepped out of the workshop, allowing the facilitator to put the students at the centre, having them sit in a circle or horseshoe for discussions and walk and dance with their eyes closed for the movement exercise.

In this way, we drew on the radical forms of pedagogy developed by theorists such as bell hooks, Paulo Freire and Augusto Boal, enabling participants to inhabit the space and move without restrictions or fear of being judged. We then asked the students to keep a journal recording their thoughts about the workshop and its effects across the rest of the academic year. At the end of the year, we interviewed most of them.

The participants welcomed the facilitator’s “liberating” promotion of “inclusivity and openness”, making them feel “safe” and “more confident about talking and taking up space”. One commented: “It felt more like therapy. It felt it was something for us rather than for the university.”

Yet the contrast with their actual experiences of the university classroom provoked frustration. One woman recounted that in her undergraduate seminars, she was “the only black person in the room. I did not want to be the one against the others; I did not want to be at the centre of attention.” Another revealed: “I am constantly policing myself; my accent has changed [several times] over the course of the studies; it is always full of judgement; I wanted to assimilate.”

This “hyper-visibility” – of being at once visible and invisible – is the key problem for BAME pedagogy, but our sample was very clear about the ways forward. Tutors have a duty to call out insensitive or abusive behaviour in the classroom. One student suggested that “lecturers should take more explicit stands” and not just act as “bystanders” who leave it up to the students to call such behaviour out.

This points up a difficult truth. Creating a truly democratic classroom means not allowing the majority to dominate, permitting all students to feel that they can safely engage with controversial topics.

As teachers, we are not neutral bystanders. When we ignore offensive language, we become complicit in making the classroom unsafe. Participants in our study recommended that tutors use their authority at the outset to provide what one called a “moral compass”, laying down ground rules that actively affirm inclusivity. They reminded us that language and space matter. One comment summed up the feelings of many of the group: “I was brought up in white education…I wasn’t given that space to speak about my experience.”

Universities pride themselves on opening doors and pushing boundaries. Surely some of that needs to start in the classroom itself. In our forthcoming report on our findings, we recommend that UK universities adopt a code of practice for both students and lecturers, as well as a declaration of inclusivity (already common in the US) for each module.

The Keele project drew to a close only a few weeks before the Black Lives Matter movement erupted across the world following the brutal death of George Floyd in Minneapolis. Reforming our pedagogy is vital to removing the kind of institutional racial bias that plagues higher education as well as the rest of society.

The solution includes increasing the recruitment of both BAME students and staff, decolonising the curriculum and educating the educator about racial bias. But it also includes rethinking the very spaces in which we teach.

Author Bios: Mariangela Palladino is Senior Lecturer in Postcolonial Studies and Shalini Sharma is Lecturer in Colonial/postcolonial History, both at Keele University.