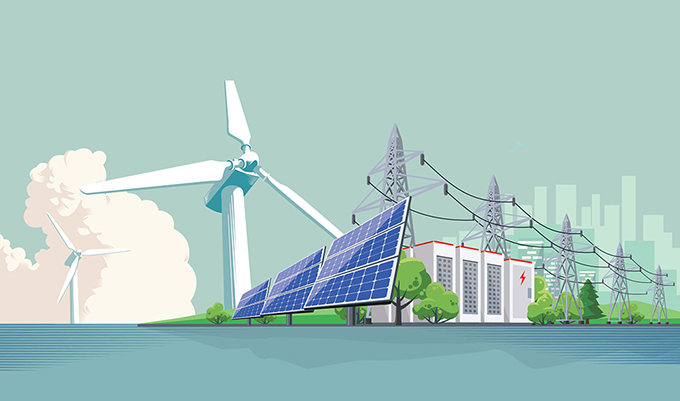 Due to increased demand for cleaner, more renewable energy, there continues to be a large amount of investment going into new technologies for the purpose of generating it. The 5 pieces of technology that are projected to have the greatest impact on the industry as a whole in the not too distant future are listed below.

Within the immediate years to come, the ability to store energy is what is really going to accelerate a considerable shift over to renewable energy sources. It is absolutely necessary due to the variable nature of renewable energy sources, such as solar and wind – if it is not sunny or not windy then these things cannot produce any energy. Due to their variable nature, it is vital that the energy produced is somehow stored, so that it can be used at a later date when there is much more demand and even when the weather conditions are not right.

Where local power and heat systems are used to power nearby properties, this is known as distributed generation. This works to reduce the amount of strain that centralised sources of power face at any given time and so increases the overall reliability of the power grid. These can be combined in conjunction with smart grids to make the overall system even more efficient.

This is the term used to cover the different processes whereby electricity is turned into hydrogen, heat, or a synthetic fuel. By using fuels that have been synthetically made, it lowers the need to use carbon emitting fossil fuels instead. It will also be instrumental in solving those problems around storing energy in order to be able to better regulate the ups and downs of energy usage.

Over the decades to come this technology will advance at such a rate that it really will speed up the seismic shift over to renewable energy sources. It is this technology that is behind the acceleration of the United Kingdom’s journey towards having net zero carbon emissions by the year 2050. Electrification will be used to drive transport, building, and various types of industry on a global scale.

For the vast majority of people, this is what they see as being clean technology for the purpose of generating electricity. You just have to look at any street of houses to see at least one set of solar panels adorned across the roof or head out into the countryside to see the blades on windmills spinning round. It has been estimated that by the year 2024, these technologies will be producing some 30% of all energy across the world.

If you want to switch over to an energy supplier that offers green tariffs (ones where the energy is produced by green technology) then check out Utility Bidder, where you will be provided with advice that is completely unbiased. There are now many suppliers offering these types of tariffs so you should not struggle to find one that suits your requirements.