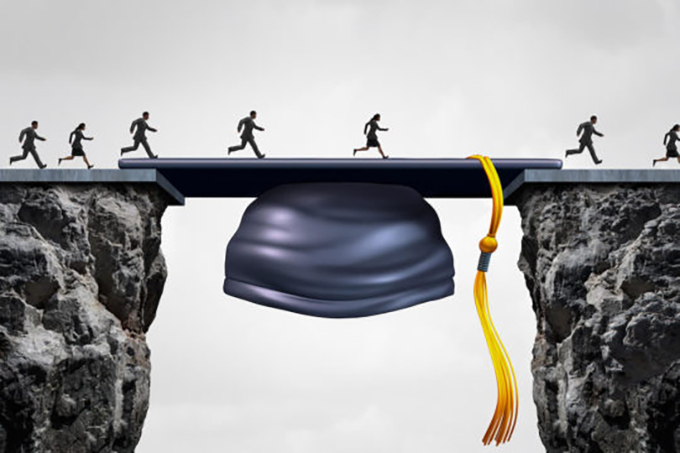 Despite long-standing efforts to close the racial “achievement gap” in education, the term does more to trigger racist stereotypes and causes a lower sense of urgency than when the issue is presented as the need to “end inequality in educational outcomes.”

Those are the key findings of a new study in which we examined the effect that the two different terms had on teachers and others.

To reach this conclusion, we conducted two different survey experiments – one with teachers and one with nonteachers.

As we’d guessed, respondents gave lower priority to racial equity when the issue was presented as a matter of closing an “achievement gap.” This was true for both teachers and nonteachers. Specifically, when asked about ending inequality in educational outcomes, 57% of nonteachers and 78% of teachers said it was a “high priority” or “essential.” But when asked about “closing racial achievement gaps,” only 44% of nonteachers and 70% of teachers rated it as a “high priority” or “essential.”

Furthermore, the term “achievement gap” had a larger negative effect among teachers who hold stronger anti-Black or pro-white implicit stereotypes, as measured by an implicit association test. The term also led respondents to express stronger anti-Black and pro-white stereotypes. Twenty-four percent of respondents who saw the inequality version rated white Americans as more intelligent than Black Americans, while 36% did so after viewing the achievement gap version of the item. This suggests the term “achievement gap” tends to intensify racial stereotypes among who people already hold them.

For instance, in prior research, one of us found that when people watched a TV news report about “test score gaps” between Black and white students, it led viewers to express more exaggerated stereotypes of Black Americans as lacking education. Our latest study found the term “achievement gap” has a similar effect.

Consequently, when politicians, journalists, researchers and educators use the term – even if they mean well – it could end up doing more harm than good.

While our study shines light on how the term “achievement gap” affects people when it’s used to discuss racial disparities in educational outcomes, we see a need to learn more about how it affects the viewpoints of people in other groups and on other issues in education. For example, does it lead people to stereotype other students who are described as having achievement gaps, such as English language learners or students with learning differences? How does it affect people’s views on which educational goals are the most important to pursue?

Also, might it have a more positive effect to apply “gap” language to structural issues in education, as opposed to students? For example, the phrase “opportunity gap” puts the focus on differences in opportunities that students have for learning, versus differences in students.

For those reasons, we think it would be beneficial to see whether educational outcomes improve if the term “achievement gap” is retired. Similarly, we’d like to see what happens when the term is replaced with language that stresses the differences between the educational structures in which those students are served.

Author Bios: Tara-Marie Desruisseaux is a Research Associate in Education and David M. Quinn is Associate Professor of Education both at the University of Southern California