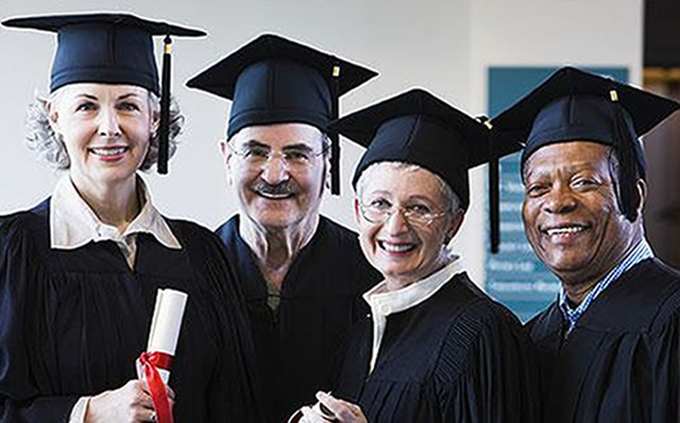 The aging of the population is an undeniable global trend with a social impact at all levels to the point that, as stated in the United Nations World Population Outlook Report (2017) , it is one of the social transformations most significant of the 21st century with consequences on services, health, education, family structure, forms of coexistence or intergenerational ties, among others.

Throughout the aging process, the changes that we humans experienceare related to genetic factors, but also to the activities we have carried out throughout our life cycle such as physical activity , food or acquired academic training.

Objective: improve your quality of life

Perhaps this is why in 2002, the World Health Organization defined the term active aging as the “process of optimizing opportunities for health, participation and safety with the aim of improving the quality of life of the elderly”. This concept was based on the successful aging model developed by Rowe and Kahn which, despite being a good starting point, has been criticized for focusing mainly on the most biomedical areas and not considering other dimensions such as mental health or other variables that also contribute to active and healthy aging .

Thus, in 2012 WHO expanded its definition of “active and healthy aging” clearly including a bio-psycho-social perspective. It was then considered as “the process of optimizing health, participation and safety opportunities, with the aim of increasing healthy life expectancy and quality of life”.

At the 69th World Health Assembly, objectives were set in the Global Strategy and Plan of Action 2016-2020. Countries were urged to adopt changes in both legislation and education, so that health and welfare systems were sustainable, and encourage older people to remain active, independent and fully integrated into society.

In addition, WHO makes explicit reference to the role that higher education must play in this process of “providing opportunities for social participation and performance of significant social functions, thus combating processes that marginalize and isolate the elderly.”

In Spain, more than 19% of the population is 65 years of age or older and projections indicate that this proportion will rise to 29% within 50 years.

Faced with this reality, the Spanish university adapted its structures and studies almost 30 years ago to accommodate training specifically aimed at this group: the University Programs for Seniors (PUM). Since the first PUM was created in 1993 at the Pontifical University of Salamanca, they are already fully integrated in the academic offer of the great majority of Spanish universities. In the 2018/2019 academic year there were a total of 63,146 students enrolled.

These studies assume the philosophy of a permanent education, based on the lifelong learning model in which, in addition to acquiring knowledge, students benefit by creating new social networks and participating in intergenerational relationships. All of this also assumes the objectives of WHO to achieve, through higher education, a higher social participation of the elderly, understood as the involvement in volunteer activities, civic engagement and with the community. Numerous studies show its beneficial effects on longevity or life satisfaction, among others.

It is undeniable that the PUM have contributed, over these almost 30 years, to the empowerment of the elderly, and have helped to fulfill the wishes of university education of people who, in their youth, could not be satisfied for social, cultural or economical

In addition, today we find a heterogeneity of training and cultural proposals in practically all Spanish universities. Students, in addition to their class attendance, carry out other types of activities , such as participation in volunteer actions, leading cultural projects, collaborating in research or social action projects, etc.

In short, PUMs play an important role in the development and promotion of active and successful aging within the framework of social participation . In the cognitive field, there is increasing evidence about the effectiveness of such interventions in the promotion of active aging as a preventive strategy of cognitive impairment to compensate for the decline associated with the aging process and in promoting positive self-perception of aging. , personal care and health status.

Author Bio: Esther Sitges Maciá is Director of the UMH Integral Program for Seniors Professor of the Department of Health Psychology at Miguel Hernández University

Tags: education for the aged