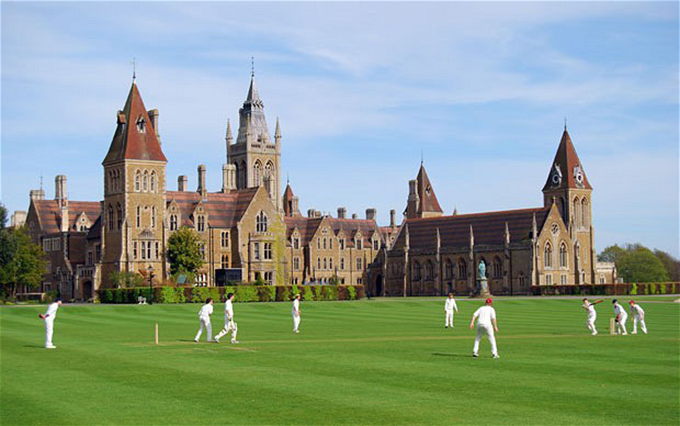 Alexander Boris de Pfeffel Johnson is the 20th Etonian to become prime minister of the UK. Most of his cabinet is composed of privileged, privately educated people, with two-thirds of his ministers among the 7% of the population who went to fee-paying schools.

With more than half of Britain’s senior judges, top civil servants and diplomats also privately educated – not to mention substantial numbers in the media, arts and sport – the UK continues to be a country run and dominated by a privately educated minority.

In the same month, Labour pressure group Labour Against Private Schoolsannounced its intention to include abolishing private education in the party’s next election manifesto. The #AbolishEton motion is calling for an election pledge to “integrate all private schools into the state sector”, and the withdrawal of charitable status. For many, private schools have long been regarded as sites of inherited privilege which stifle social mobility.

Despite being presented as symbolic of the sector, Eton is not your typical private school. It is just one of 2,500 fee-paying schools across the UK and its enrolment of 1,200 pupils represents less than 0.2% of the 650,000 children in fee-paying schools. Best known for educating many public figures, such as George Orwell, Ian Fleming and Princes William and Harry, a year’s boarding at Eton costs around £40,000, while the average annual fee for private schools in northwest England (the lowest regional average) is under £11,000.

Arguably, most fee-paying schools are not dissimilar to the best-performing state schools, having little connection to the privilege and prestige of places like Eton. The gap between elite boarding and private day schools is perhaps larger than that between the private and state sectors.

There are also wide variations between state schools, linked to the socio-economic circumstances of their catchment areas. In Scotland, more than a fifth of state schools have fewer than 30% of pupils attaining at least three Highers, while the top 15% have more than 70% of their pupils achieving at that level.

Inequalities also exist for students when applying for university – often regarded as a means of increasing social mobility. At the top fifth of state schools (measured by exam grades) 73% of pupils applying to university apply to the leading institutions; among the bottom fifth, it’s 34%. This compares with around 88% for those from private schools.

Many of the leading state schools act closer to private schools than disadvantaged state schools. Schools in the most advantaged areas are more likely to have teachers with degrees in their subject area with students who produce better personal statements, which is a key part of the university application process.

Characteristics and practices of state schools can partly explain these variations. Our research into the role of guidance teachers showed that schools in wealthy areas had many professional and graduate parents whom they could draw on for support and saw their roles as easing pupils into university while cultivating a CV that appealed to admissions offices. These are similar to the characteristics seen in private schools.

By contrast, in the least wealthy areas, guidance teachers often described their role as increasing the aspirations of talented pupils. There was often little experience of university among parents and pupils had few role models in the local community promoting the benefits of higher education. Schools in disadvantaged areas, therefore, focused on trying to sell university to pupils, not the other way around.

But the proposal for Labour to integrate independent schools into the state system risks increasing, not decreasing, the inequalities that exist in the educational system. Most privately educated children will live within the catchment areas of the most affluent schools, thus adding well-resourced parents, in terms of both knowledge and finances, to the already advantaged schools. Those schools would benefit and some existing pupils would be displaced, perhaps towards less advantaged schools.

Most of the pupils who get high grades and university places through private schools would achieve similarly through the top-end schools of the state system. The privately educated who would lose out would probably be those living in the poorest areas.

Abolishing private schools would not remove privilege. We would continue to see prime ministers appointed who otherwise would have gone to schools like Eton. It is not attending the school itself, but what underpins admission, where the real privilege exists. Those families would continue to network and cultivate the lifestyles and experiences that foster entitlement. “Entitlement coaches” would become a new parenting industry, replacing the unspoken benefits that elite boarding schools confer on their pupils who exist in a bubble of wealth and privilege.

Already there are many private schools closing. A policy focus is needed to ensure that when these fee-paying schools return to the state sector the existing inequalities are not increased.

Some state schools are already seeking measures to exclude pupils from poorer homes and recruit pupils from wealthy backgrounds. Ensuring that re-categorising schools does not create unintended inequalities is crucial.

Finding strategies for limiting the inequality between state schools should be a central policy focus. Integrating private schools into the state system is an ideological issue which offers few substantive or pragmatic benefits for helping socially disadvantaged young people thrive. And it fails to tackle the problem of inherited privilege.