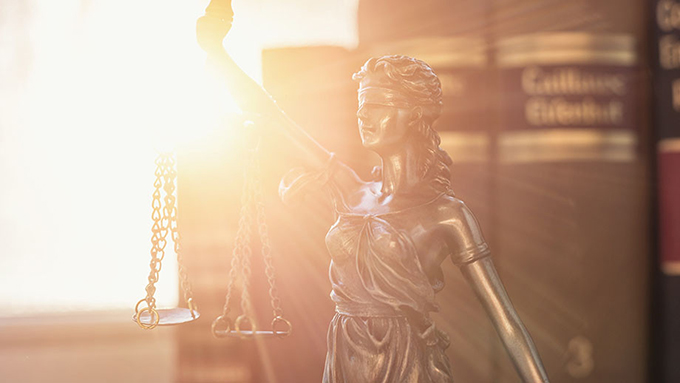 Last week, posters appeared at the University of Auckland inviting young white men to “assume the mantle of re-taking control of our own country” and to confront “anti-racism ideology”.

The group was obviously unaware of the significance of the British High Commissioner’s expression of regret, in the same week, for the killing of several Māori people during their first encounter with the English explorer James Cook in 1769.

At least 1,300 academics and students signed an open letter, arguing that racism and white supremacy have no place at the university and challenging the Vice Chancellor’s initial position that there is no justification for removing the posters.

This week, the Vice Chancellor changed his position, telling staff that a debate about free speech should be put to one side for now, as the most important matter was the “real hurt and sense of threat that some people in our university community feel in response to these expressions of white supremacist views”.

Neither the Vice Chancellor nor the signatories to the open letter bring academic freedom into the debate. But minister of justice Andrew Little, a former president of the New Zealand University Students’ Association, argued that there is “no principle of academic freedom” that says white supremacy ought to be protected.

Free speech, hate speech and academic freedom are related but different. And the differences matter.

Free speech is the right to say whatever one likes. It is unconstrained by the disciplines of reason and objectivity. It doesn’t require factual accuracy. As with academic freedom, it doesn’t matter if one’s opinion is unpopular. Both free speech and academic freedom are essential to democracy.

Free speech belongs in universities as much as anywhere else. It is the right to hold opinions and to challenge the opinions of others. A Chinese student in New Zealand once asked me if it was alright to criticise the prime minister in an essay. This underscores the importance of free speech, but also the need for great caution in setting its limits.

Academic freedom protects free speech on the one hand, but conditions it on the other. Universities cannot support the unrestricted pursuit of knowledge if one cannot think freely. But knowledge cannot be tested and doesn’t advance if there isn’t also a duty to be well informed and reasoned – and willing to have one’s ideas scrutinised by others.

In a university, the test of a reasonable opinion is higher. One cannot say whatever one likes and call it academic freedom.

Hate speech as a limit

Both free speech and academic freedom are limited by hate speech.

According to the United Nations, hate speech is:

any kind of communication in speech, writing or behaviour, that attacks or uses pejorative or discriminatory language with reference to a person or a group on the basis of who they are, in other words, based on their religion, ethnicity, nationality race, colour, descent, gender or other identity factor.

These aren’t democratically legitimate differences of opinion because “toleration is not the solution to intolerance”.

There are differences between what is wrong and what is intolerably wrong. There are some views that a free society can’t tolerate.

Racism is intolerably wrong because it denies some people human equality. It creates a hierarchy of human worth and causes serious harm to its targets.

A ‘right to be bigots’

In Australia, free speech is restricted under the Racial Discrimination Act 1975 which provides that:

It is unlawful for a person to do an act, otherwise than in private, if: (a) the act is reasonably likely, in all the circumstances, to offend, insult, humiliate or intimidate another person or a group of people; and (b) the act is done because of the race, colour or national or ethnic origin of the other person or of some or all of the people in the group.

There are significant qualifications to these restrictions. But, in spite of these, in 2014 the attorney general told parliament that the act imposed unreasonable constraints on people’s “right to be bigots”.

The conservative think tank the Institute of Public Affairs claimed in 2018 that university policies curtailing free speech had dramatically increased in the preceding two years. The University of Sydney’s Vice Chancellor argued that robust processes “ensure that freedom of speech from all parts of the spectrum is alive and well on our campuses”.

But earlier this year, a government-commissioned inquiry found that “claims of a freedom of speech crisis on Australian campuses are not substantiated”. The review also found that universities should not allow visitors to use their premises to “advance theories or propositions … which fall below scholarly standards to such an extent as to be detrimental to the university’s character as an institution of higher learning”.

Defending a right to bigotry, or to express hate speech, trivialises what the denial of both free speech and academic freedom can really look like. In China, for example, the state has warned against the presence of “mistaken views” in universities, including the study of constitutional democracy, civil society, economic liberalisation, freedom of the press, challenges to socialism with Chinese characteristics and discussion of universal values including academic freedom.

In the case of the white supremacy posters, it would seem that University of Auckland academics, not the Vice Chancellor, had the stronger argument.