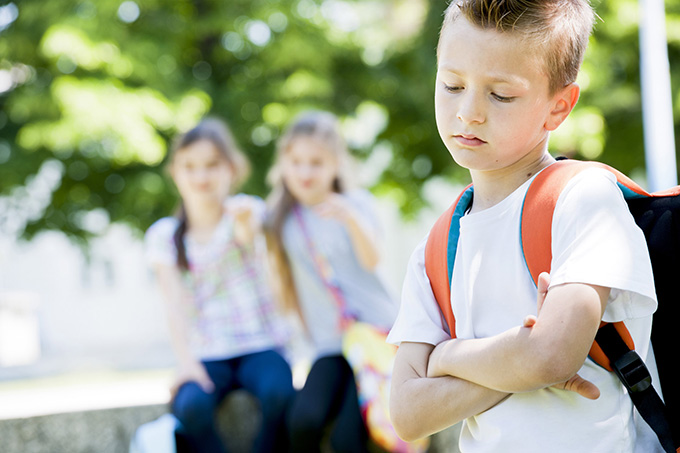 School bullying is a huge and distressing problem. In 2015, 43% of Australian year 8 students experienced bullying each month. A 2022 Mission Australia survey of Australians between 15 and 19 found 47% were “extremely” or “somewhat” concerned about bullying.

The picture is similar overseas. In 2020, the World Health Organization reported one in three students around the world aged 11-15 years suffered bullying in the preceding month.

Despite all the research about bullying, it is rare to hear directly from young people about what bullying looks like in their everyday lives. A lot of school bullying research also relies on large-scale but shallow survey techniques.

In a new research project, I spoke to 11 young people in South Australia. Over multiple interviews and focus groups, I listened to their school bullying experiences. My approach gave young people time to think about and reflect on their experiences and provide deep insights.

One group of young people came from a private high school and the other was from an alternative education program for disengaged young people. Some of the most striking things both groups discussed were the places and times where bullying happens.

This was not necessarily where adults or teachers expect it to happen.

Two students told stories about the secluded places in and around schools where bullying happens, as well as students’ creativity about finding them. As Drew* told me:
there’s a lot of places where you can go and you can’t be seen […] we literally kind of went around looking for all the places which were just really secluded in the school […] we found way more than we were expecting to. And then we just realised like, wow, it’s a lot of places where people could just do not good stuff here.
Similarly, Alex said bullying did not often happen in the schoolyard because “the teachers are around”.
But it can [happen] on social media, at say where people go to catch their buses after school and stuff, that’s really common […] after you leave the school gates. And everyone’s catching buses home and stuff in places where people drink alcohol obviously, the bay and in town that’s like really common.

But it can happen out in the open

Some participants talked about spaces in schools that encourage bullying or violence. These were public places, but did not necessarily have a teacher around. Two interviewees talked about “the spine”, a long corridor through their school. As Mason said:
there is a long hallway down the entire school […] And because the hallway that went through the school was only about, I’d say, four people wide […] they [bullies] would just line up and just try and bump people out of the way.
Owen noted that students were aware of the dangers of this area.
you see a group of kids come through the spine […] and you’d be like, ‘oh what’s happening?’, and they’d be like, ‘oh someone is gonna go start a fight over here, let’s go’, and then it’s just like, ‘oh ok’.
These comments show how the shape and size of spaces in schools can encourage bullying and violence. This suggests the planning and architecture of a school can make a big difference in bullying.

And it can even happen around teachers

Classrooms and schoolyards where teachers are present are expected to be safe spaces. But the young people in our research said bullying can be hidden by the expectation that young people should deal with these problems themselves, or that this behaviour is normal. As Owen explained:
if you’re a victim, it can and can’t be stopped. Like you can, you can stop it but like, it’s seen as [being] a pussy, if you’re going to go to the teacher all the time and be like, ‘This kid’s bullying me’. But like, you know, if a cunt is just being annoying, then just go. Go to the teacher and just be like, ‘Nah fuck that guy, like he’s being a dick’, like 24-7.
Although there did seem to be limits to students’ violence or bullying around adults. This is particularly the case in classrooms or alternative school spaces with lots of teachers and extra support around. As Drew described:
the point is, there are literally teachers around nearly everyone […] So, if you were going to bully someone in there, you’re literally a fucking idiot.

We need a better understanding of bullying

Young people in this research talked about how bullying is hidden by physical buildings and social expectations in schools. To tackle this problem, research and policy need to move beyond interventions just focused on individuals (that is, victims, perpetrators and bystanders).

We also need to listen closely to young people’s experiences of physical and social space. This could help us understand not only when and where bullying happens, but also why bullying is sometimes invisible to adults.