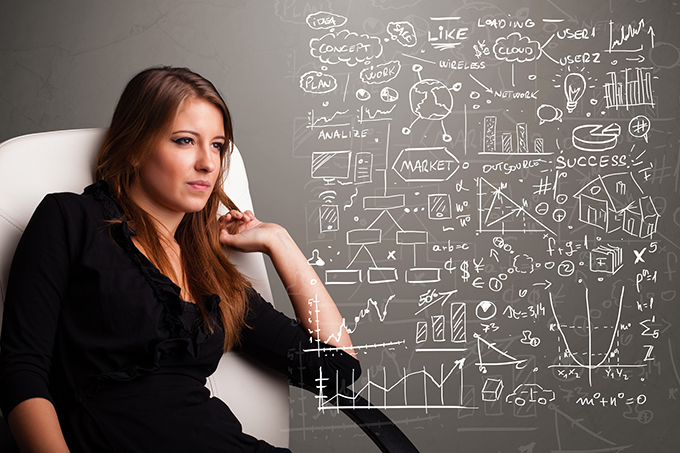 University spin-off companies play a key role in taking innovation into the wider market and they also contribute to economic growth.

However, the participation of women scientists and engineers in the development and formation of university spin-offs is limited.

This was clearly demonstrated in a study by Elsevier last year on gender in research across 12 countries, including the UK, the US and within the European Union.

It found that although women represent about 40 per cent of researchers in most of these countries, the global share of women inventors among patent applications in 2015 was only 14 per cent. Similarly, the UK Enterprise Research Centre surveyed a sample of 350 spin-off companies and found that men represented 91.7 per cent of main founders or co-founders.

An exploration of women’s participation in university spin-offs and the possible causes of their significant under-representation is also the subject of a new paper about to be published by the Centre for Diversity Policy Research and Practice, based at Oxford Brookes University.

It found that, between 2015 and 2016, 131 spin-off companies were incorporated in the UK and only 20 women were identified as founders or co-founders. In this group most women were co-founders with male colleagues, with whom they worked on research leading to the establishment of the spin-off.

After the spin-off companies were formed, women appeared to have taken active roles as directors, chief executive officers or members of the executive team.

Sixteen out of the 20 women founders or co-founders worked in institutes or departments that have achieved Athena Swan silver or bronze status.

Men also seem to prevail in the governance of spin-off companies. These types of companies tend to have small boards and most of the them are registered at Companies House as private companies limited by share, with only a few registered as public limited companies. In the 131 companies that were considered, 260 directors were men and only 49 were women.

This significant under-representation of women in the founding and governance of spin-offs cannot be entirely blamed on the pipeline. Discovery and innovation can emerge at different stages of an academic career and from a range of scientific disciplines, such as, for example, biosciences, where representation of women academics is almost 45 per cent and chemistry where it is almost 30 per cent.

So the causes of female under-representation in spin-offs are likely to be attributable to the usual suspects: gender bias, lack of appropriate support and limited access to the right networks.

Universities would normally support academics who seek to commercialise their discovery and innovation through Technology Transfer Offices which may be incorporated as limited companies.

Research carried out in 81 leading research universities in the US uncovered unconscious bias among technology transfer officers. A large sample was given identical invention disclosure and inventor description with male and female pictures and names and asked whether they would support or dissuade them to start a spin-off company. Male and female transfer officers were more likely to say that they would dissuade the female inventors, the research found.

Venture capital companies also play a key role in helping university spin-offs to get off the ground. Venture capitalists become involved at the seed stage to support proof of concept and then take the spin-off to market, with some being focused on particular universities with a high rate of spin-off activities.

The world of venture capitalists, however, is highly male-dominated and this is another point in the process where unconscious bias may come into play. Research from last year, which analysed how venture capitalist talked differently about men and women entrepreneurs, found that women were negatively stereotyped as lacking the right qualities to succeed.

Meanwhile men were positively stereotyped as having the right qualities to be successful entrepreneurs. Moreover, research commissioned by Innovate UK in 2016, looking at the broader picture of women-led start-ups in the economy, also found that the biggest challenge for women innovators was securing funding.

However, it is not all doom and gloom, and several women scientists who successfully founded or co-founded spin-offs are featured in our paper with disciplinary backgrounds spanning chemistry, biosciences, mechanical engineering and physics.

The UK’s industrial strategy has set an ambitious target for the UK to become the most innovative country in the world by 2030. It is therefore, crucial that academia takes action to harness women’s talent.

Author Bio: Simonetta Manfredi is a professor of equality and diversity management and founder of the Centre for Diversity Policy Research and Practice at Oxford Brookes University.