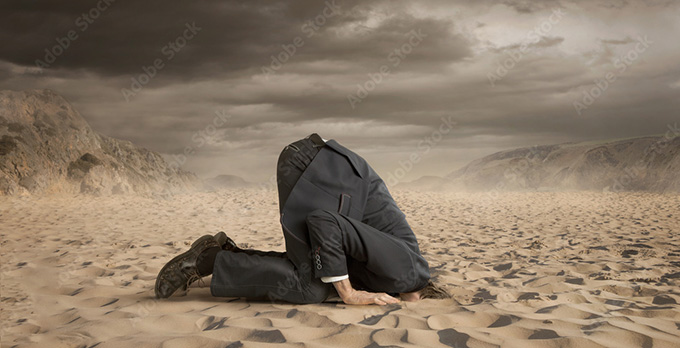 Success has many fathers, but failure is an orphan: this phrase, attributed to US President John Fitzgerald Kennedy, is quite universal. We like to be successful in life and, above all, nobody wants to fail. However, in life you don’t always win. Many times it is lost.

There are people who, when they lose, in their way of transmitting it, are capable of giving the feeling that they have won. In the world of politics, for example, this is common. We hear phrases like “we lose the elections but we win in seats”. Every event has different interpretations. Faced with a suspense, have we been suspended or have we been suspended?

What happens when we fail? How does the interpretation we give affect us?

Behind a success or a failure, a causal attribution always occurs in our mind , that is: we analyze and explain the cause of said success or failure.

The causal attribution gives a logical and simple explanation to the events that happen to us. It is very important, because depending on the interpretation we make of events we will behave and feel in one way or another and we will act accordingly in the future.

The most widespread psychological theory on causal attribution classifies the different causes as follows:

Among the controllable causes, there are those that depend on:

In the other block of causes, those that cannot be controlled or that do not depend on us, we can distinguish:

In the first three cases, causal attribution allows for an expectation of change. We can try harder, choose something easier, or have good luck.

But the last of the causes, the one that depends on the capacity, can have a very different impact on oneself and on one’s life. For example, many adults fully admit that they are not good at math. Could the lack of capacity be due to false attribution?

The difficulty of an objective assessment

The work self -concept , that is, the image we have of ourselves in the performance of our profession, has a direct effect on our self-esteem and our perception as individuals.

When a person tends to attribute the causes of his failures to ability, that is, he thinks that he is not good for his job and that everything he does in his work environment (relating to colleagues, tasks assigned to his position, project presentations …) does it wrong, surely we are dealing with a person who underestimates their way of being or their most positive characteristics. We could understand it as a distortion of the self-concept .

That is why it is important to objectively assess the causes of our successes and our failures. Depending on the attribution we make, we will behave in one way or another in the future.

Neither excuses nor abandonment

If we have the ability to differentiate between what depends and what does not depend on it (chance, luck that you like your co-worker, being offered a project of personal interest…), we will only spend time and energy on the things you can really change to improve results.

If we are not able to understand this difference, we will tend to have a low self-concept or to look for excuses or theories to justify what happened. Something that in turn means that either we do not energetically face the improvable issues or we waste time with unnecessary worries.

A little reflection on attributions could help us on our way to success. Of course, when it arrives, we must be just as fair when it comes to attributing the causes.

Author Bios: Fernando Diez Ruiz is Professor doctor Faculty of Education and Sport and Elene Igoa Iraola is Predoctoral Researcher both at the University of Deusto