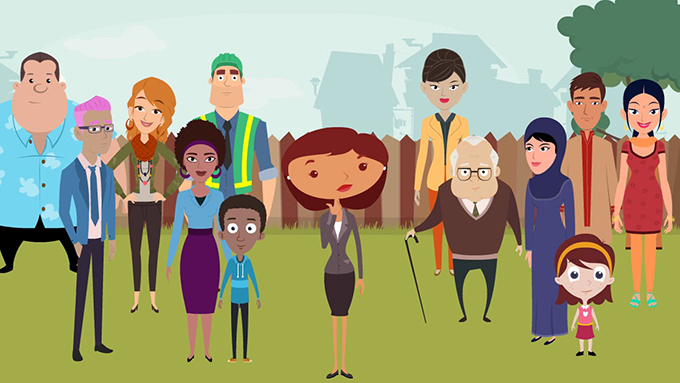 The first time I sat down in a café with Yusef [1], a man I had met a couple of years back while volunteering, there was an awkward moment when I turned on the recorder app on my phone. Yusef was born “in the Horn of Africa”, as he said, but moved to Italy more than twenty years ago. Over the years, his engagement in the social sector of the city has increased, and he is now involved in many projects fostering inter-cultural dialogue and social inclusion for vulnerable teenagers. I lived in Bologna for four years, and for most of them I volunteered for Universo Interculturale, one of the local associations supporting asylum-seekers and migrants: we provided bureaucratic help, offered an Internet Point Service and Italian classes, and organised awareness-raising events.

It was during one of these events that I had met Yusef and, years later, when I came back to Bologna for my PhD fieldwork, I contacted him to ask if he could put me in touch with his wider network.

In my doctoral research, I explored the process with which Brighton in the UK and Bologna in Italy, have constructed and established dominant narratives of “receptiveness” and the degree to which their narratives include or exclude ethnic diversity. In each city, I interviewed both representatives of the local government and migrants/minorities [2] part of grassroots associations. I had decided to talk to both groups to get a sense of whether the institutional and grassroots narratives clashed and, if so, on what.

I embarked in the second part of my fieldwork, the one in Bologna, with a light heart. I was convinced that recruiting participants, conducting the interviews, and sharing my results would be a much smoother process than Brighton, where I had lived for just one year. During my time in Bologna, I was a student, an activist, a part-time worker in a café, and a communication officer for a cultural festival (sometimes, more than one at the time). Through this combination of experiences, I came in contact with a lot of different people and established multiple connections, not to mention long-lasting friendships. They became crucial during my research, although not always in the way I expected.

To be fair, doing research in a familiar environment was easy. I knew where to look for information or contacts. I was staying with a friend. I knew the physical space of the city. I am an Italian native speaker. Most importantly, I had a list of first-hand anecdotes I could use as prompts to question those interviewees (usually those working for the local government) who tried to portray too rosy a picture of certain local policies.

Yet there were some challenges I did not foresee, which caused frustration and endless self-questioning.

First and foremost, there was my “new” role. To recruit participants in the grassroots environment, I relied on the network I had build through activism, asking some people I knew quite well to put me in touch with their own contacts. However, in a couple of cases, I also interviewed individuals I knew directly. Many times, in these situations, there was a moment of surprise or hesitation on the side of my participants when I suggested starting the interview and I took the phone out of my bag to record. I spent the first month or so thinking about this reaction over and over, attributing it to my lack of preparation or to my inability to conduct an interview. Then I realised it did not happen when I interviewed representatives of the local government whom I had never met before. I gradually started reflecting on how confusing it can be to have a friend hand you a consent form and record every word you say. I simultaneously wanted to be the same (as the friend they had just complained with about the lack of funding for an event) and not to be the same (the researcher working for a British university), but I had to come to terms with the fact that the perception others have of you is influenced by the history you share.

Many times it happened that, when discussing the situation of migrants in Bologna or a specific chain of events put in motion by the local Council, my respondents used hints or left sentences incomplete. They would say something along the lines of “well, you know what happened then…” which, to be fair, I knew, having often been side to side with them at demonstrations or shared the same grassroots spaces. Yet I was hyper-conscious of the risk of assuming what they meant. I started asking them to be explicit about those unspoken words, but it did not always feel comfortable: sometimes, they could not understand why they were asked to explain something they were sure I already knew. I found that there was no easy way out: the choice was to either invite them to be more thorough – collecting more information but running the risk of sounding pedantic – or let go – not interrupting the flow of information but missing out on certain details. Eventually, I started the interview with a word of caution on the importance of being as explanatory as possible, to avoid the risk of misinterpretation. I was worried they would find me a bore, but it turned out most people appreciate a chance to give their own account on a topic.

Finally, relying on Yusef as a mutual acquaintance when approaching prospective interviewees meant many participants felt I was “on their side” and trustworthy. Yet, their openness towards me had two unforeseen flip sides. The first one was the fear that I could share something they said with our mutual acquaintances. Secondly, some of them were very curious of what others had told me (although this was a pattern I noticed with the institutional respondents too) and repeatedly asked me to share it. It was very difficult to be assertive but this was, I guess, a lesson to learn for wanting them to see me as “the same old friend” and simultaneously a researcher. Ultimately, being firm and protecting confidentiality paid off. When my participants saw I did not share other people’s accounts, they were reassured I would not share theirs either.

Doing research in a city I consider my home was an emotional experience: on the one side, I struggled with the feeling of being stuck in the same old dynamics, both personally and politically, but, on the other, it taught me something precious about my researcher-self.

[2] I need to use both terms because the political language of the UK and Italy is different.

Author Bio: Caterina Mazzilli is undertaking her postdoc in the “The Art of International Friendship” project. She is based at the School of Politics and International Relations at Queen Mary University of London.