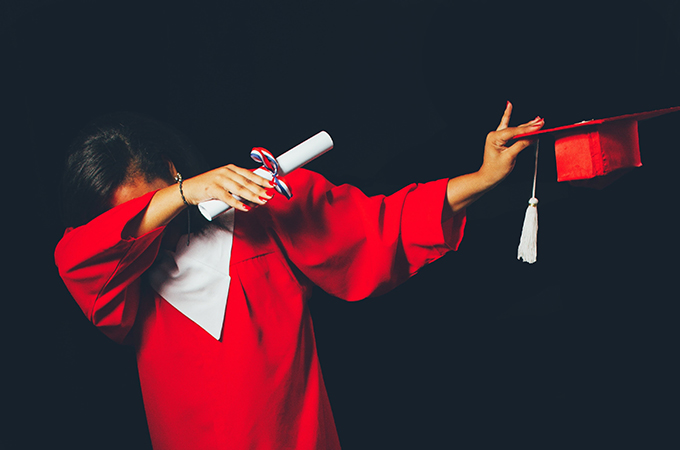 Look up the word executive, and you’ll find the definition is, “relating to or having the power to put plans or actions into effect.” Fine. The definition defined further with the use of an example? Well, that’s a bit more contentious – “an executive chairman.” A bit more interesting.

However little, some progress was made with the latest government statistics disclosing that FTSE 100 boards have almost doubled women representatives over the last four years. While this does represent a positive change in the mainstream culture and attitudes towards women, particularly in the workplace, unfortunately it does mean there is only a measly 25 per cent of women on boards, which of course isn’t even half.

But despite women executives being a rare breed, we can rejoice at the prospect of some really great ones. Let’s talk then, about how they got to where they are and how they’re going to get to where they’re going, and how you could too, by following in any of these leading ladies’ footsteps now that they’ve paved the way.

The good news is that not all top execs, male or female, have an educational business background, and not all have studied at global business schools like Hult International Business School either. Some of them have studied different subjects which range from law to languages – but that didn’t stop them climbing to the top of the career ladder.

Who are the top 5 women executives and what did they study?

Veronique Laury, currently at the helm of Kingfisher, is the owner of B&Q, along with the larger retailer for home improvements in Europe back in January 2015, succeeding Sir Ian Cheshire.

Before Laury began her reign at Kingfisher though, she had been a showjumper and horse rider, plus she’d worked in the DIY industry for 26 years. She was studying law and politics in Paris but joined a home improvements retailer in France in 1988, and was the manager of the lighting and tiling departments in northern France. She worked her way up to commercial director of B&Q following a career as product director from 2003.

Now onto Alison Cooper, the big boss of the fourth largest tobacco business in the world that’s worth a staggering £26 billion. She is also famed for smoking cigars and drinking Guinness.

She went to a Surrey grammar school and studied maths and statistics at Bristol University and also took a gap year, which she spent volunteering in Kenya. She started working at Imperial Tobacco in 1999 heading up group finance after she’d done a stint working in acquisitions, and in 2010 became CEO. In 2013, she was voted one the of the UK’s most powerful women by Woman’s Hour at BBC Radio 4.

Carolyn McCall came to the UK in her late teens, born in India, she sat her A-levels in a Catholic boarding school and studied a BA in History at the University of Kent in Canterbury.

After this, McCall took a Master’s in politics and was a research planner for The Guardian in 1986. She rose up the ranks of advertising sales and was appointed CEO in 2006. Then, in 2010, she was made CEO of EasyJet, the third woman CEO of a FTSE 100 company.

The first female CEO at Royal Mail, Moya Greene is also a Canadian and is credited for Royal Mail’s floatation on the London Stock Exchange.

Greene went to a law school in Toronto, and studied classics at Memorial University of Newfoundland and found her way into government shortly after.

In 2005 she had been Chief Executive of the Canada Post, which delivers to a larger area than Europe but has half as many households as the UK.

She headed up the post of CEO at Royal Mail in 2010, becoming the highest paid civil servant in the UK at the time – taking home £500,000. And that was before bonuses. Though, Greene was called the lowest paid Chief Executive in the FTSE 100 list.

Next up, Liv Garfield – renowned as the youngest female boss in football, and Everton fan (her parents are from Liverpool.) Garfield was raised in Harrogate and graduated from Cambridge. After which, she joined the British Consulate in Brussels and worked there for a time before heading on to Accenture as a consultant.

She then became a manager back in 2003 for BT and worked her way up to overlook a £2.3 billion project which was in place to give broadband to thirds of homes in the UK. In April 2014, she became the fourth female FTSE 100 boss salaried at a basic of £650,000 after being appointed CEO of Severn Trent water.

Garfield studied German and French during her time at Cambridge.