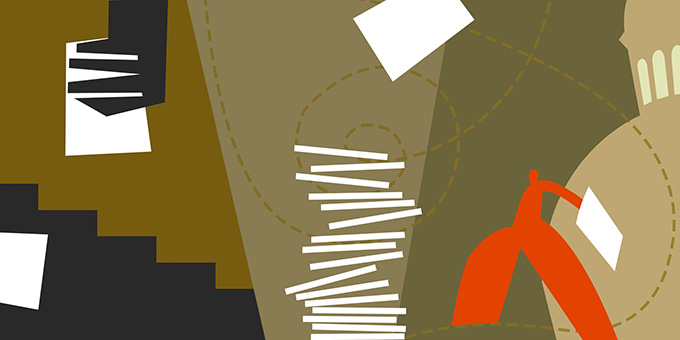 A recent podcast series on the 2013-14 Trojan Horse affair – an alleged but unproven plot to implement a strict Islamic ethos in some schools in Birmingham – has drawn attention to the place that religion occupies in state-funded education in England and Wales.

While some countries such as France or the United States make a clear separation between church and state and do not allow religion in state-funded schools, in England and Wales schools are legally required to hold daily acts of collective worship that must be broadly Christian in character, unless schools obtain permission to provide alternative worship.

All state-funded schools are also required to teach religious education (RE) classes. While Christianity occupies a privileged place in RE, for the past 50 years pupils in England and Wales have also been learning about and from other “world religions”, such as Buddhism, Hinduism, Islam, Judaism, or Sikhism. Since 2015, schools have also been required to teach about non-religious worldviews.

However, my research shows that RE teaching can be problematic. The children in my study tended to be unaware of the diversity of beliefs and practices within “world religions”. They regularly conflated religious belonging with ethnic identity.

The Trojan Horse affair not only exposed fears about the presence of Islam in English schools – schools which served a majority Muslim population – but also shed light on broader issues around religious belonging and what it means to be British.

Inquiries did not find evidence to support the idea of a plot to take over schools, and the Trojan Horse letter is considered to be fake. However, reports did find an effort to introduce an Islamic ethos into some schools, and run them as faith schools.

As a result, the government responded by implementing the anti-terrorism Prevent strategy in schools. It also made it a requirement for all schools to promote “fundamental British values”.

Implementing “fundamental British values” begs the question of what it means to be fundamentally British. For the UK government, it means adhering to the following values: democracy, the rule of law, individual liberty, and mutual respect for and tolerance of those with different faiths and beliefs and for those without faith.

By promoting these values, schools are expected to “strengthen barriers to extremism”, and prepare pupils for life in modern Britain.

Scholars have argued that these values are not inherently British, but by labelling them as such, it has sent the message that British values and Islam conservatism are incompatible. It is about who belongs to the in-group, and who is “othered”.

One way to promote respect and tolerance for those with different faiths and beliefs and for those without faith is through RE classes. Research, however, shows that all too often teachers are poorly equipped to teach RE adequately – perhaps due to a lack of subject knowledge or lack of confidence. The 2015 RE for REal report identified a gap between the “real religion and belief landscape” and the one “imagined by the majority”.

In order to investigate what that “imagined” landscape might look like in schools, between 2010 and 2015 I visited 18 primary schools across the West Midlands and spoke to teachers and pupils. The data revealed that children found it difficult to locate themselves within RE, regardless of their religious or non-religious background.

Most children viewed RE as a way to learn about people who were different to them, rather than about themselves.

For example, when I asked Tom, a year six pupil, whether he thought RE was an important topic, he said yes, “if you go to a different country”. When I asked him if RE was still relevant if he was to stay in England, his response was “Yes, because it means, if they come over here, you can make them feel like they’re at home.”

As “world religions” are presented as un-diverse, in some cases this led to pupils being unsure about their own religious identities. This was the case for Adil:

In other instances, children felt that their religious traditions was misrepresented, as did Rajan: “Sometimes [my teacher] says something wrong.” As a result, children were not only likely to feel alienated, but were also “othered” as they did not conform to dominant narratives.

My research shows that it is time we paid closer attention to how religious communities are represented in RE.

Many within the RE community are increasingly aware of the limits of the “world religions” approach, and are calling for a move towards the study of religion and worldviews, in order to be more representative of the religious and non-religious communities that live in Britain, and meet the needs of our diverse society.