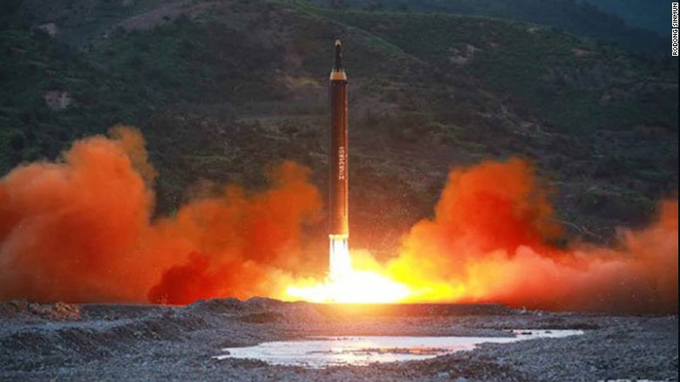 Anyone who thought August might offer a lull in geopolitical crises got a rude awakening when, from the confines of his New Jersey golf resort, Donald Trump essentially foretold a thermonuclear war with North Korea. Asked about the north’s recent missile tests, he said Pyongyang had “best not make any more threats to the US”, or “they will be met with fire and fury and frankly power the likes of which the world has never seen before”.

Though the relationship between the US and North Korea can hardly be called stable, this so-far-rhetorical escalation is something new. Washington has rarely, if ever, used language infuriating and colourful enough to match Pyongyang’s style, but times have changed. One news outlet has even set up a game called Who said it: Donald Trump or Kim Jong-un?

While this would all be amusing if it wasn’t for real, the world is facing the real possibility of instability, military escalation, and a potential nuclear conflict that could cause millions of casualties. In an ironic role reversal, many are now pondering whether Trump’s US is in fact any more rational than Kim’s North Korea.

Still, it’s easy to forget that the north has been developing nuclear weapons for the better part of the last two decades. While the current situation has been precipitated by a volley of tit-for-tat missile tests, UN sanctions and tweets, Pyongyang’s overall nuclear strategy and propaganda style has hardly changed.

So what should we make of Pyongyang’s current nuclear rhetoric? What does it say about the government – and where it might lead?

As do most totalitarian governments, North Korea speaks through various spokespeople – but with one voice. Over the years, its messages have been communicated clearly and without divergence to the rest of the world by foreign ministers, officials from the Korean People’s Army, or the three Kims themselves. To this effect, North Korea’s goals have been articulated clearly and publicly. At the Seventh Workers’ Party Congress in 2016, Kim Jong-Un put it very bluntly:

We will consistently take hold on the strategic line of simultaneously pushing forward the economic construction and the building of nuclear force and boost self-defensive nuclear force both in quality and quantity as long as the imperialists persist in their nuclear threat and arbitrary practice.

These messages are disseminated within the north by official press outlets, such as Rodong Sinmun, the official newspaper of the Central Committee of the Workers’ Party, and abroad via the English-language Korean Central News Agency. Since these channels are all tightly controlled, the Kim government usually communicates quite consistently, its stock-in-trade being a high daily dose of anti-US and anti-Japan rhetoric laced with acerbic takes on South Korea and self-aggrandising reports on its own policies and accomplishments. 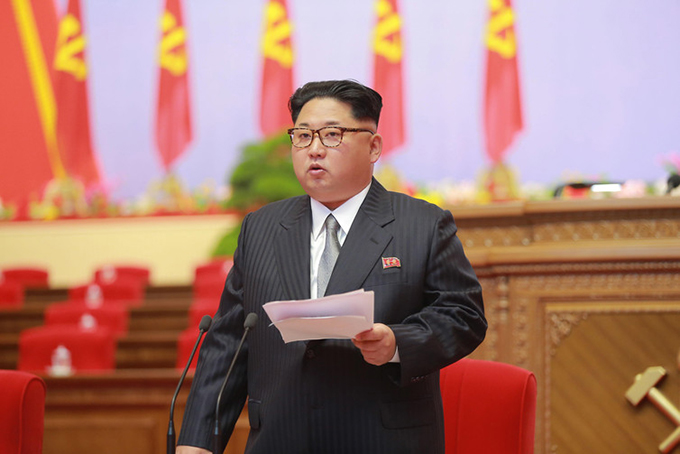 Pyongyang’s claims about its nuclear programme have followed a similar pattern. Take this piece, from July 1, 2017:

[North Korea] has towered as a world’s power with military strength and self-fortitude based on the single-minded unity and nuclear force which no other country and nation have achieved.

The claims made have also been remarkably consistent over the years, centring on the need to develop nuclear weapons to avoid a potential American preemptive strike and mentioned in more than 400 similar articles by the KCNA over the past two decades. On May 31, 2017, it had this to say:

[North Korea] had access to the nuclear deterrent for self-defence, according to its independent decision as it was badly needed for preserving its dignity and vital rights from the nuclear threat posed by the US.

The north is also adamant that its nuclear arsenal is not intended for use as a bargaining chip (though it has been in the past, especially during the Six-Party Talks when they were functioning). This was most recently reported on August 7 via an official North Korean mission statement at the United Nations, and on the same day by Foreign Minister Ri Yong Ho’s message at the ASEAN Regional Forum: “We will, under no circumstances, put the nukes and ballistic rockets on the negotiating table.”

So is the world really closer to a nuclear apocalypse than it was just a week ago?

If we look beyond the propaganda at military reality, perhaps not. Donald Trump’s “fire and fury” statement might have been motivated by reports that the north has finally developed nuclear warheads small enough to fit inside missiles, but even if those reports are true, they don’t necessarily change the game. Pyongyang is still trying to develop a reliable delivery system, and has yet to solve the complex problem of missile re-entry.

As for the diplomatic side of things, many are calling for renewed negotiations – but an entirely new approach might be needed since the Six-Party Talks, meant to deal with the denuclearisation of the Korean peninsula, have been at a standstill for years. More troublesome at this point is Washington’s blurring of military and diplomatic lines, and the flurry of mixed messages it’s sending.

Judged against Trump’s own rhetoric, it seems the Kim regime’s survival now depends more than ever on developing a full-blown nuclear weapon as quickly as possible to deter any preemptive American action. But more than that, Trump’s madcap statements provide the regime with exactly the sort of rhetorical material it needs.

North Korea’s political culture revolves incredibly tightly around its leader’s directives, so for the purposes of domestic propaganda, it needs the American president himself to issue the most belligerent of threats. And so Trump’s words, especially his most inflammatory ones, are all grist to the propaganda mill; any explicit threats or attacks will only bolster the North’s argument that it has a right to pursue an independent nuclear deterrent to resist a belligerent, hostile West.

The effects of Trump’s mode of engagement are clear in the north’s direct response to the “fire and fury” comment: the threat of a potential military strike on the island of Guam, which houses the US’s Andersen Air Force Base. This flare up urgently needs to be diplomatically deescalated, and no meaningful progress will be made on the nuclear issue until that happens. In the meantime, it would not be surprising to see Pyongyang test another missile – and exactly what Donald Trump might say or do in response is anyone’s guess.