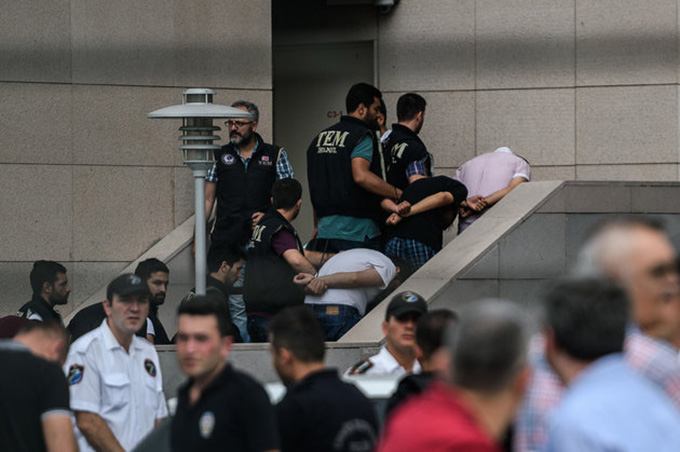 After the July 15 coup attempt in Turkey, one of the first actions of the Turkish state and government was to purge thousands of academics and deans from office.

In a crackdown that rapidly spread across civil and military services, Turkey’s President Recep Tayyip Erdogan ordered the closure of thousands of private schools and many universities. Some 15,000 employees at the education ministry were fired, while more than 1,500 university deans were asked to resign.

So, why did Turkey’s government go after academics, and how were they able to force so many to resign?

I am a sociologist who grew up in Turkey and went through its university system. Even after moving to the United States, I have been in close contact with academia in Turkey – organizing many academic events with Turkish universities and collaborating with faculty.

I believe that the answer to the above question lies in the unique design of the institutions of higher education in Turkey.

Soon after the establishment of the Republic of Turkey in 1923, a law bringing all educational institutions under state control was promulgated.

Prior to that – in the Ottoman Empire – Western-style institutions of higher education established by the state, by Western missionaries and non-Muslim minorities as well as by religious institutions (medrese) had coexisted. 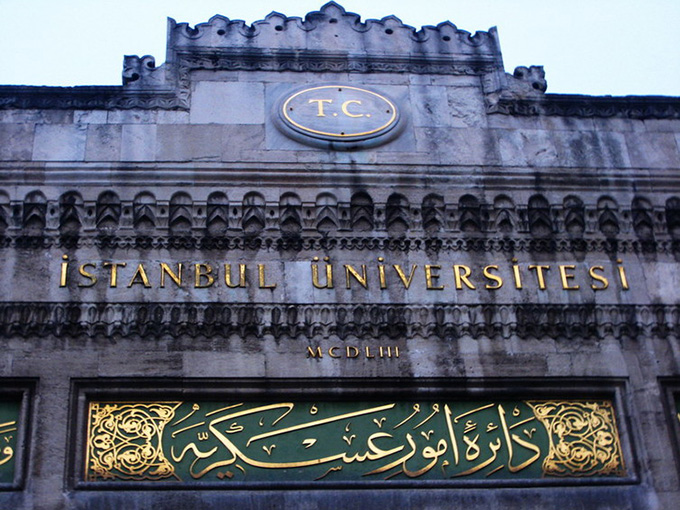 But, in the newly established republic, the control of all institutions, including institutions of higher education, came to rest with the Republican elite.

Most of the faculty were treated by the state and its governments as state officials. The faculty too often regarded themselves as such. In fact, to this day, they are even issued different color passports to mark their distinction from ordinary citizens.

The 1980 military coup in Turkey further institutionalized state control over higher education institutions. The constitution was rewritten, restricting the rights and freedoms of all citizens. As part of the 1982 constitution, the military-led government set up the Higher Education Institution (HEI) – an umbrella organization overseeing all universities administratively, academically and financially.

State control over universities had always been substantial, but with this action, it got institutionalized. For even though the HEI, like the judiciary, was in name fully independent, appointments to the HEI were overseen and approved by the state.

In 1984, Turkey began a process of economic liberalization. Turkish elites started to gradually transform the state-controlled economy into a market-centered one. That ended the period of dominance of state-run universities.

Given the vast, unmet demand for universities in Turkey where only one in three applicants could get into a university, the state relinquished its control. Many private, nonprofit universities were established. 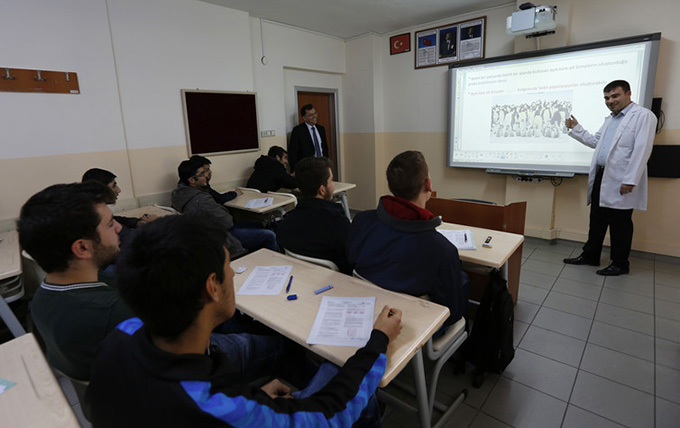 There are 193 universities in Turkey today. Murad Sezer/Reuters [/caption]

I would argue that these private universities weakened state control over education – especially research and faculty recruitment. As they did not receive public funds, the internal administration of these universities was somewhat less influenced by the state.

These private universities also strengthened civil society: More faculty came to be involved in education, research and teaching courses that stimulated students to think differently. The faculty could now openly design courses that tackled Turkey’s problems, such as a critical analyses of Turkish nationalism and culture on the one side, and domestic violence and gender issues on the other.

Despite this change, state influence on private universities was still visible to many of us in academia. For example, we would hear about the pressure from the Turkish state to hire former state bureaucrats as faculty and to host conferences where people with particular pro-government views were invited.

So, while all universities and also the HEI were autonomous bodies – just like the judiciary – that was not how things worked in practice.

When the Justice and Development Party (AKP) initially came to power, it did take some steps to address some of the problems in higher education. For example, the ban on women wearing veils on campuses was lifted and funding for scientific research was substantially increased. The tenure process was made more fair and less arbitrary.

However, all universities, including private universities, continued to be under the constant scrutiny of HEI. And checks on academic freedom continued.

To this day, the Armenian Genocide of 1915 – in which a million Armenians lost their lives – remains a highly sensitive issue in Turkey. This issue is similar to Turkey’s ongoing conflict with Kurds. Public discussions of such issues have always been problematic.

Connection of state and knowledge

It is a truism that knowledge is power. Those who control knowledge have ultimate power in a society. Since educational institutions are among the most significant places for research, their control becomes crucial in autocratic states. Rulers want to closely monitor access to knowledge and therefore to power.

Scholar Büşra Ersanlı, a political scientist studying the connection between between state and knowledge in Turkey, points out how the Turkish state has constantly taken measures to imbue all school textbooks with nationalist discourse glorifying the state.

Schools and campuses are regarded as sites of potential social change in Turkey. In this context, it is no accident that the Gülen movement – launched by a Muslim cleric with the professed intent to improve first Turkish civil society and then humankind – started by providing K-12 and higher education to those in Turkey and abroad.

The movement, which today has gained extraordinary influence is allegedly behind the failed coup attempt in Turkey. To this day, it operates thousands of schools throughout the world, including the United States.

President Erdoğan too used schools to start a revival movement in Sunni Islamic studies. At one time, in fact, both President Erdogan and Islamic scholar Gulen were considered to be allies.

The current Turkish government’s stranglehold over academia started in 2013 when Erdoğan, who had been prime minister was elected president.

Over the past three years, human rights in Turkey have been increasingly curbed, although the president and his Justice and Development Party (AKP) have continually denied any such restrictions. 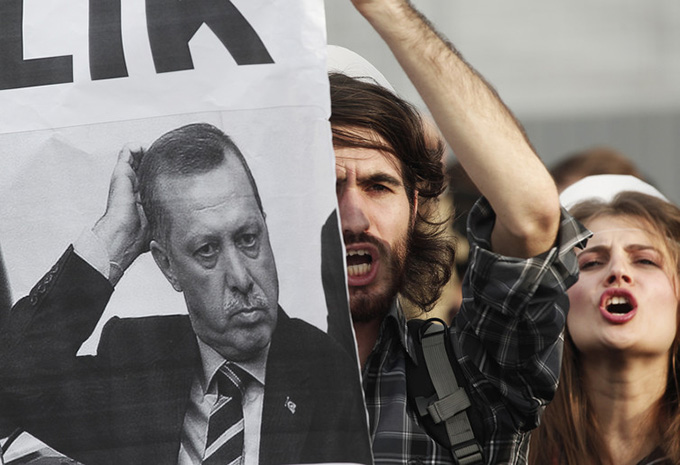 I personally felt his wrath in January 2016 when I signed a petition, along with thousands of like-minded academics, calling for the conflict with the Kurds to be solved by peaceful, not military, means.

The Turkish-Kurdish conflict has existed since the establishment of the Turkish Republic. Erdoğan himself started a peace process with the Kurds in 2011, while he was prime minister of Turkey. But after becoming president, he ordered military operations against them.

It was in this context that we protested the violence. Erdoğan’s response to our petition was emphatic:

“There is no difference between a terrorist with a gun and bomb in his hand and those who use their work and pen to support terror. The fact that an individual could be a deputy, an academic, an author, a journalist or the director of an NGO [nongovernmental organization] does not change the fact that that person is a terrorist.”

He asked the HEI president to investigate, and many university presidents were forced to fire the signatories.

Having formed a Listserv, we signatories were still trying to decide how to resist this violence wreaked upon us when the new wave of purges commenced.

Where will Turkey go next?

I, for one, have decided not to travel to my country of origin this summer for the first time ever for fear of arrest.

Where will Turkey go from here? I spend many sleepless nights, feeling just as I did when I first read George Orwell’s “1984.” Just like Orwell’s dystopian society – a society with oppressive controls – the current Turkish state and the government are, it seems, out to silence all people capable of producing new and independent thinking and research in Turkey.

As most of such minds are concentrated in Turkish academia, they will all be destroyed unless they turn into obedient and pious consumers.

Author Bio: Fatma Müge Göçek is a Professor of Sociology and Women’s Studies at the University of Michigan