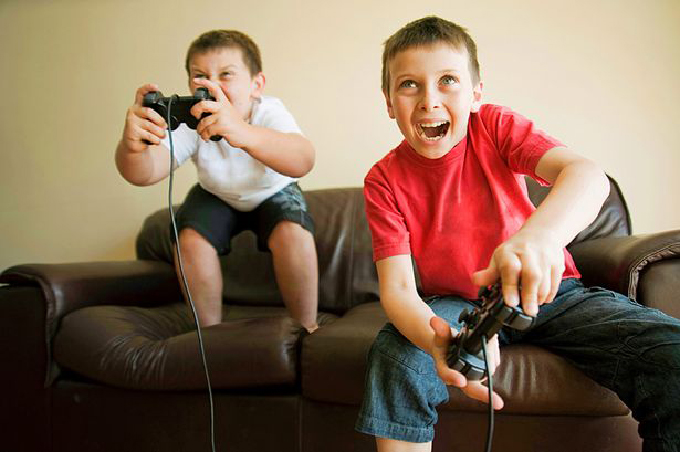 In the build up to Christmas, I’m sure there’ll be many parents who have guiltily allowed their children extra screen time so cards get written and presents wrapped.

But the good news is that video games can be a vibrant and rich source of learning. So with this in mind, here’s my twelve reasons why you should let your children play video games this Christmas – and not feel too guilty.

Video games often have complex rules to be learnt and this is a process that researchershave likened to developing an understanding of the grammar of language. So when the kids want to play Fortnite or Pokémon Go let them, but also talk to them about what the rules of the game are.

Games are often assumed to be isolating, but with the latest connective technologies children can play at the same time with their friends and plan strategy with them too – which is believed to help children learn new approaches to problem solving.

Apart from the obvious need to take turns, children enjoy how sociable video games can be. At Walkley primary school, one of the research schools for the MakeEY project in Sheffield, a current shared favourite of the youngest children fromis the Hey Duggee Tinsel Badge . The children love taking screen shots of the Christmas tree they have decorated to print and show to parents.

Something that is often overlooked in games is the way they tell stories. Of course, in many very action-orientated games you could be forgiven for missing this, so if you’re looking for examples with less conflict try the beautifully drawn Journey.

In a recent project in libraries – Storysmash – children used free software called Twine to create their own computer game. It was fascinating to see how much they had absorbed from games they loved in terms of the characters, plots, settings and style. 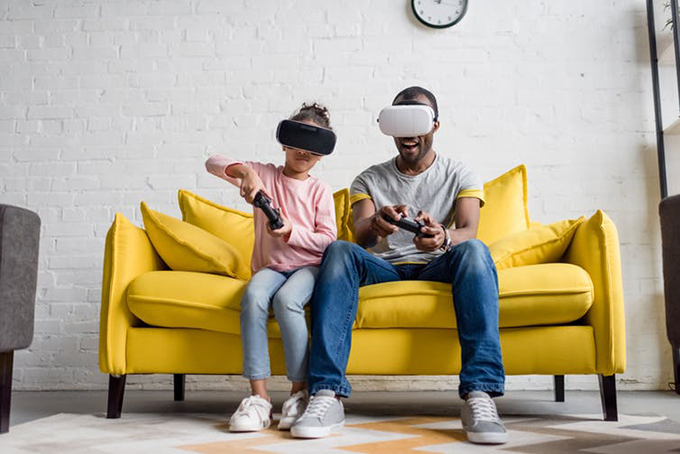 Fun for all the family. Shutterstock

Research shows that early encouragement to engage with science and technology can help girls see themselves studying and working in science, technology, maths (STEM) and engineering subjects. There are some great games that offer strong female role models such as Bitz n Bob and Detective Dot who solves mysteries using STEM.

Many popular games such as Minecraft involve building and making. For very young children Duplo Town is a good induction into the creative world of Lego. There are increasingly useful apps for children to create 3D designs such as Tinker Cad too.

For older children Snake Pass is a physics-based puzzle game where you have to think from the point of view of Noodle the Snake. Aardman’s Sustainable Shaun is an ecosytem style game where players have to create a healthy environment for some favourite characters.

Once upon a time arts and sciences were not separated at the school gate. Ada Lovelace’smusical knowledge helped her to see the algorithmic potential of Charles Babbage’s Analytical Engine . In the same way, there are many video games that encourage creativity and an interest in arts. At a recent visit to Sheffield’s newly opened National Videogame Museum I encountered an old favourite, Vib Ribbon which is a satisfyingly tricky music and rhythm game.

Make believe play is key to children’s learning and development and games such as Toca Boca – based on fictional worlds – enable children to make believe play with everything from pets and cooking to hospitals and cinemas. For adults this sort of play is often a more distant memory so if you want to remind yourself try 80 Days, which combines role play with problem solving and quaint characterisation.

Research from the Playtime project found many similarities between children’s play in the 1950s and their play today. Many children play “tig” mixed with war games in the playground, just as they did back then. Many video games also have similarities to the ones children play together. Hidden Folks, for example, is a quirky alternative to hide and seek when the weather is bad.

Video game play and active play don’t have to be two separate things. Research highlightsthe way children adopt ideas from games in their physical play in the garden, on their bikes and even on the trampoline. This might come in useful when you think it’s time for a break. You could suggest a related offline activity – such as creating a Fortnite diary or inventing a new Pokémon.

So this Christmas, ditch the guilt and instead focus on taking an interest and encouraging them to play games that will stretch their imaginations and learn new skills.

Author Bio: Becky Parry is a Lecturer in Digital Literacies at the University of Sheffield