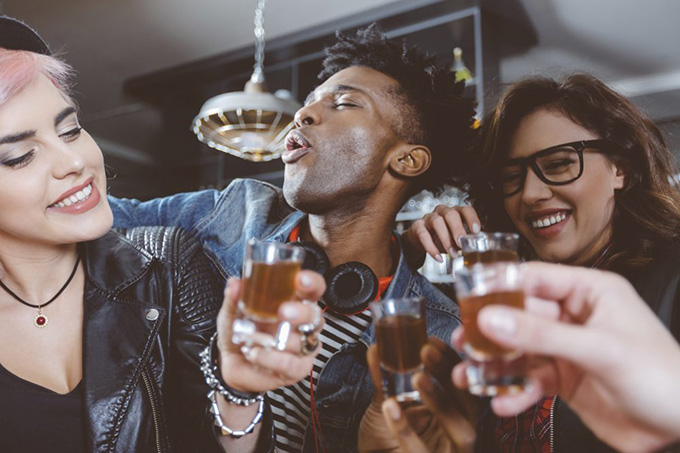 This fall, students headed to university campuses aren’t only dealing with the usual transitions. Students are facing unique transitions to post-secondary life because of the COVID-19 pandemic.

Both new and returning university students are preparing to study in-person for the first time since the pandemic began. Some may be looking for clinics to get vaccinated.

At some schools, there are fewer spaces in residence due to social distancing policies and more competition for those spots from students who deferred admission and those coming from Grade 12.

These transitions — coupled with usual student patterns of socializing and using substances — may challenge students, institutions and campus communities.

The shift from secondary to post-secondary life is one of the densest periods of transition in a person’s life — a time when multiple changes happen simultaneously.

It is a period of experimentation and exploration where students try new things as they progress towards adulthood. For many students this will be the first time they consume or regularly use alcohol and other drugs.

Among different age and demographic cohorts in Canada, binge-drinking rates are most prevalent among post-secondary students. Research indicates that in the United States, nearly 40 per cent of post-secondary students have engaged in binge drinking. Some research suggests that between 2001 and 2013 there was a significant increase of binge drinking among adults aged 18 and older in the U.S.

Some early signs suggest applications to universities for this fall have increased across the country. But regardless of how many new applicants enter universities this year, there will be an increase in the number of students transitioning to post-secondary education in Canada. That’s because, as Lynn Wells, interim president of Brock University, notes, “last year’s first-year students didn’t really have the experience of being at university in its fullest sense.”

Beyond increased competition for residence spaces or student housing, students transitioning to university straight from high school and students whose university attendance has been entirely virtual to date would all benefit from basic campus orientation.

The harms associated with alcohol use, like death and serious injury, have been found to peak as people transition over the minimum legal drinking age.

Drinking is a behaviour learned collectively and vicariously among peers via a highly social process where individuals experiment to find a level of consumption they’re comfortable with.

The social functions associated with drinking are assumed to produce positive social benefits for those who participate, and to offset the negative effects of alcohol like hangovers, sickness or injuries.

We’ll likely see increased alcohol use among students this fall.

Some people have been willing to attend large gatherings like the Calgary Stampede and its crowded party tents. Some universities have moved to cancel homecoming, and questions still loom over what many schools will do.

Cancelling events may not be effective in mitigating raucous behaviour. Students often organize events regardless of a school’s desire to host them. This summer Queen’s University students hosted a street party, much to the chagrin of local residents.

The rapid transition that comes when students move into post-secondary study comes with a period where individuals meet and establish their new peer groups.

Some people perceive alcohol as a perfect chemical facilitator associated with socializing when they are anxious about meeting new people. This year, students entering campus for the first time may feel added pressure or desire to seek the social gatherings they missed — to form bonds and make up for lost time.

Students returning to campus having had their first year cut short in 2020 will also find unique challenges. They may be the gatekeepers to the campuses’ “party culture,” having achieved this status as students who are familiar with popular culture images in the west of a “regular college experience” connected to mass alcohol consumption and partying.

This group may also want to amplify what remaining opportunities they have to attend large drinking events as they prepare to transition out of university, promoting a stronger drinking culture as they leave.

It will be important for university communities to discuss the risks associated with high-intensity drinking and the intersection of harms that can come from such behaviours like hangovers, injuries and poor academic performance.

Schools should look to boost programming for new students and provide opportunities for structured social activities to prevent risky alcohol consumption by students. Programming to keep students engaged like concerts, sports days and group excursions could serve to support students in a prolonged orientation experience.

Communities and local public health units should look to work with student groups to communicate accepted behaviours with regards to socializing to ease the transition back to campus for the well-being of all.