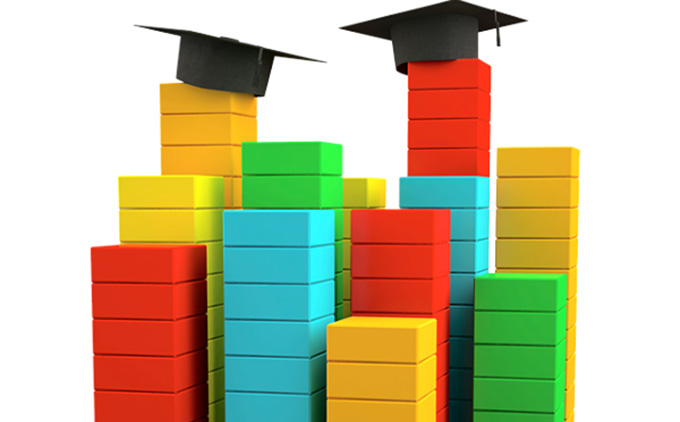 The world of higher education and research is now punctuated by seasonal announcements of the results of “rankings”. Since 2003, when the first ranking of world universities was published by a research team from the Chinese Jiaotong University in Shanghai, meetings have multiplied.

Alongside the generalist rankings established annually by the British press group Times Higher Education (since 2004), by the consulting firm QS-Quacquarelli Symonds (since 2006) and by various other research teams, media and service companies, have made their appearance of specialized rankings, by region and by discipline.

On May 26, the publication of the so- called “Shanghai” thematic ranking ( Global Ranking of Academic Subjets ) triggered, in most countries, speeches by ministers , university presidents and heads of research organizations. congratulating the successes of their establishments. The position in this ranking becomes, in their eyes, a proxy variable to measure the excellence of the disciplinary scientific base of universities, and even of national systems.

From one year to the next, the conquest of a few places making it possible to approach – if not integrate – the leading peloton of world institutions in a given discipline is seen as the result of new scientific performances, the recognition of the excellence of the work of researchers, or even recognition of the relevance of national strategies and institutions implemented for this purpose.

Two months before the publication of the general ranking ( Academic Ranking of World Universities ), the thematic ranking of Shanghai is of particular importance in France. Characterized by a historical separation between research organizations, universities and grandes écoles, the French higher education system has long escaped the criteria and indicators of scientific performance developed by researchers at Jiaotong University.

It is only recently, at the cost of a series of reforms leading to merger and synergies between entities with different statutes and missions, that French establishments have made their appearance in this list .

The stakes are undoubtedly even higher in China, which already has six universities in the top 100 of the world generalist ranking (Tsinghua, Peking University, Zhejiang University, Shanghai Jiaotong, University of Science and Technology of China, Fudan). When the ranking is established by theme – Natural Sciences, Engineering, Life Sciences, Medical Sciences and Social Sciences – then by one of the 54 identified disciplines, Chinese universities occupy first, second or third place in the world, thus ahead of institutions such as the MIT-Massachusetts Institute of Technology, Stanford University or the EPFL-Federal Polytechnic School of Lausanne, mainly in the engineering sciences.

More than the other thematic rankings, that of Shanghai aims to measure the scientific performance of institutions based on a certain number of quantitative indicators which are:

The choice of methodology is not innocent. Ranking universities according to scientific performance indicates that research is playing an increasingly important role in international competition. At the end of the 1990s, the emergence of the knowledge economy gradually placed higher education at the heart of economic policies, the growth of countries being considered to be highly dependent on their capacity to produce. knowledge.

Throughout the 1990s, the war for talent consisted in attracting student mobility flows from other countries. The competition between university systems and institutions was essentially based on marketing, price (ie grants) and the attractiveness of living conditions on campus.

Since then, the game has shifted to the scientific field. Even in the discourse of international organizations such as the European Union or the OECD, the cursor shifts from the transmission of knowledge for the training of highly qualified workers to the race for innovation, itself closely linked to the quality and promotion of scientific and technological research.

The challenge is to attract high-level professors, researchers and doctoral students capable of contributing to the innovation of tomorrow. The definition and measurement of the quality of institutions thus become crucial in the strategy of strengthening the research capacities of universities which engage in this global competition. It is precisely on this ground that China has positioned itself for more than twenty years.

Defining the quality of universities is a difficult exercise due to the heterogeneity of statutes, economic models, constraints and needs of each discipline. We cannot quantify the intrinsic value of scientific productions which for the most part are built on pre-existing research and contribute to future productions, sometimes many years later. Research quality criteria and indicators are therefore contested, in the sense that they are still the subject of controversy.

Taking advantage of this space for discussion, and therefore negotiation with a view to an international consensus, China has positioned itself by introducing, to its advantage, a new methodology. Indeed, when Jiaotong published its first world ranking in 2003, no Chinese establishment was included. The Shanghai initiative was presented at the time as a methodological contribution to the international space of higher education, intended to allow Chinese universities to compare themselves with the best institutions in the world (at the time mainly North American and British companies) and thus facilitate their move upmarket. It was therefore originally a kind of internal piloting tool in China, primarily for national purposes.

Almost twenty years later, not only have Chinese universities positioned themselves more and more clearly at the top of the ranking, but Jiaotong’s method has also established itself as one of the main indicators of the reputation of the best academic institutions in the world. By proposing its own criteria for measuring quality, China, through Jiaotong University, has embarked on a veritable international war of standards.

By analogy with the technological and industrial field, analyzing the Shanghai classification as an instrument of a standardization process allows us to understand the extraordinary and dazzling trajectory of China in scientific matters as well as its international ambitions.

The process of imposing one standard over another is highly competitive. Until the 2000s, we did not measure the quality of universities, which essentially depended on their reputation, itself based on prestige and seniority. There was no ranking comparing universities from different countries, although each country had its more or less official hierarchies.

Thus, given the history of student and scientific mobility, such a measure of quality ended up strengthening the prestige and influence of the most reputable universities and welcoming the most students from abroad, namely major research universities in the United States, as well as Oxford and Cambridge in the United Kingdom. It would have been impossible for China to compete with the Anglo-Saxon countries on this ground, because it was not yet a host country but rather a provider of outgoing mobility .

It was therefore necessary to imagine new criteria on which the Chinese players could take hold and gradually build their quality. This is how the Jiaotong researchers developed quantitative indicators that better correspond to the strengths of the Chinese system.

The results of the Shanghai ranking indeed reflect the strong positions of each country in terms of financial resources devoted to research. In other words, by moving from the qualitative based on reputation and on education, all disciplines combined, to the quantitative scientific production in “hard” sciences and technology, China has given itself the means to compete with the others. countries in a market that the tormented history of the XX th century had made previously inaccessible to him. It relied on growing investments, targeted at a small number of establishments , and, in 2018, Chinese R&D expenditure represented 2.2% of GNP.

By placing its universities of excellence in the landscape of “world class universities”, China will thus be able to continue the momentum started with the reforms of the 1990s. It has created a highly differentiated and two-tier university system, to become a “hyperpower”. scientific ” and attract talents (students and researchers) from other regions of the world for the benefit of its economy and industry.

The adherence of other countries to its own standards of academic quality now offers China new geopolitical perspectives . Rankings, as standards, are indeed vectors of transnational transformation and adaptation. Thus, by isomorphism, global higher education is conforming not only to performance indicators established in China, but also to the underlying standards, which are de facto globally recognized and legitimized. Seemingly ideologically neutral, the methodology for measuring the quality of teaching and research conveys a societal vision, even without explicit reference to the political paradigm that generated it.