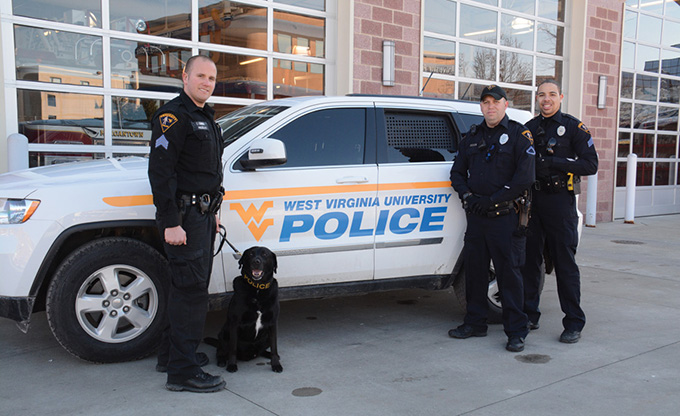 Following the police killing of George Floyd in Minneapolis, weeks of persistent protest against police brutality have already begun to shift policy, including in higher education.

A few days before the Minneapolis city council voted to disband the city’s police department entirely, the University of Minnesota declared that it would sever its contract with the Minneapolis Police Department for policing large events. The university’s own armed campus police, however, will remain.

As support for police reform continues to rise, it is vital to also interrogate the ubiquitous and ever-expanding function of university police departments.

The rapid expansion of university policing began amid the tumult and campus protests of the 1960s and 1970s. Policing’s foothold in higher education was further solidified in 1990 with the passage of the Clery Act, which requires that universities provide detailed records of crime on their campuses. Today, nearly 70 per cent of four-year colleges with 2,500 or more students employ sworn police officers; the figure rises to over 90 per cent when considering public campuses, where nearly 75 per cent of US college students are enrolled.

This growth in campus policing has occurred in spite of marked declines in crime. From 2005 to 2018, reported campus crime dropped by 43 per cent. Meanwhile, university police departments acquired military-grade weapons and armoured vehicles, formed their own SWAT teams and expanded their enforcement activities into communities around campus. None of these innovations is designed to address the burglaries, car thefts or sex crimes that make up the bulk of campus offences.

Instead, campus police often perpetuate the same racial inequalities found in policing more widely. The six years that I was a graduate student at Yale University – home to the first university police department – provide clear examples of the harm inflicted by campus police on students and the wider community.

In 2015, a black undergraduate, Tahj Blow, the son of New York Times columnist Charles Blow, was coming from the library when he was held at gunpoint by an officer investigating a reported burglary. The suspect, whom Blow supposedly resembled, was arrested later that night, and the officer involved claims that he never pointed his firearm directly at Blow.

In the spring of 2019, a Yale police officer was off campus when he, along with an officer from Hamden, a suburb of New Haven, opened fire on a vehicle occupied by two black community members. The passenger, 22-year-old Stephanie Washington, was shot and suffered a fractured pelvis and spine. No weapons were found. Although the Hamden officer was charged with reckless endangerment and assault, the Yale officer was neither fired nor charged with a crime.

University police have also killed. Cameron Redus, a white student at the private Catholic University of the Incarnate Word, was shot and killed by one of the Texas institution’s officers during an off-campus traffic stop for drunk driving. Although the officer resigned after the 2013 shooting and Redus’ family sought monetary damages from the university, it was only last month that the Texas Supreme Court rejected the university’s claims of legal immunity and allowed the case to proceed.

In 2015, a University of Cincinnati police officer shot and killed Samuel DuBose, an unarmed black man, during a traffic stop for a missing front number plate and a suspended licence. Although the officer was fired from the police department, criminal charges for murder and voluntary manslaughter were eventually dismissed. The university also paid the officer a settlement of more than $350,000 (£277,000) for back pay and legal fees.

University police are thus implicated in the same policing system that disproportionately stops, searches, arrests and kills black Americans. As the push for defunding the police gathers momentum, it is imperative that colleges and universities re-examine how funds are allocated to campus police and how those dollars might be better funnelled to resources that directly – and non-punitively – improve life on campus.

Instead of relying on police to manage mental health crises, for example, resources could be put towards expanding mental health care on campus. Such investments would help proactively to reduce cases of acute psychological distress, which are too often left to armed police to address. This would, in turn, help save the lives of students like Scout Schultz, who was shot and killed in 2017 by a Georgia Institute of Technology officer during a mental health crisis.

The resources currently given to campus police to run programmes designed to reduce drug and alcohol misuse, stalking and intimate partner violence might, instead, be used to form or support existing campus groups that specialise in addressing these issues through non-legal means.

As a decade of disinvestment from education is exacerbated by the looming budget crisis caused by the Covid-19 pandemic, colleges and universities must seriously consider where increasingly limited dollars will be spent. Instead of police with arrest powers and firearms, institutions should look at how they can invest in student health and well-being.

It is by shifting resources directly to students that they can make good on their promises of fostering diverse, inclusive and racially equitable campuses.

Author Bio: Michael Sierra-Arévalo is an assistant professor in sociology at the University of Texas at Austin.