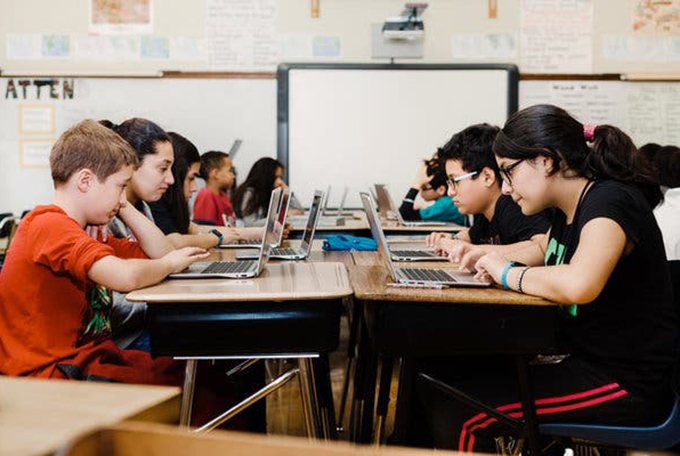 In recent years there has been a constant incorporation of technologies into schools. Teachers and students have become accustomed to the use of digital tools in the teaching and learning process.

In this way, the variables that have traditionally been related to the academic performance of students must now be expanded to include technologies. Especially those that correspond to the institutional technological environment, accessibility and use of the internet. They are new determinants of academic performance that affect student work in different areas and in different ways.

But do we really know how to use online resources as useful tools for student learning? How does the use of these resources condition your academic performance?

A study among students

To try to answer both questions, we carried out a recent investigation , in which we elaborated and applied a survey to 1,488 Castilian-Leonese students between 12 and 18 years old who were in the compulsory secondary education stage. The survey consisted of sixty questions regarding the use that young people make of five technological tools: search engines, wikis, blogs, podcasts and streaming, and instant messaging; and on the use made of these tools in the classroom during the teaching and learning process.

The results obtained allow us to affirm that the studied tools are known by practically all the students. Of these tools, the most used by young people are search engines (98%), such as Google or Safari, followed by instant messaging applications (96%) such as WhatsApp or Telegram, and other tools such as YouTube (90% ).

How does it affect performance?

When studying the use of digital tools in the classroom during the teaching and learning process and its effect on academic performance, the results vary according to the subjects. In the case of the Science subject, students who used online resources presented higher academic performance than those who did not use it.

In Mathematics, it was the students who used resources such as YouTube who presented the best performance. In the case of Spanish Language, the use of search engines and blogs was especially beneficial for student performance.

In the case of the English Foreign Language subject, those students in whose classrooms were working with Google and YouTube had a higher academic performance.

The results obtained allow us to conclude that young people use these resources on a daily basis outside of school, especially at home. That they have a functional knowledge of each of the tools, since they select them according to the purpose or purpose, and that, regardless of the subject or the specific resource chosen, access to the Internet improves the performance of students in all subjects.

Finally, this study shows that the use of technological tools in the classroom significantly affects the performance of adolescent students in the subjects analyzed (Science, Mathematics, Spanish and English).

It exerts a positive influence in the areas of Science, Spanish and English, and negative in the area of ​​Mathematics, with the exception of the YouTube tool, which seems to have positive effects on performance in the four subjects studied.

Students using search engines perform significantly better in Science, Spanish, and English. However, in Mathematics, students who do not use any of these technological tools in the classroom, except YouTube, perform better.

These results partially coincide with those obtained in other studies that show that the use of the same technological tool in learning can have a positive impact in some areas and negative in others.

Therefore, this research has significant implications on the proper use of technologies in the classroom, since it is important that teachers know what, when and for what young people use technologies and which of these tools exert positive influences on the classroom. academic performance of adolescent students when used in classrooms.