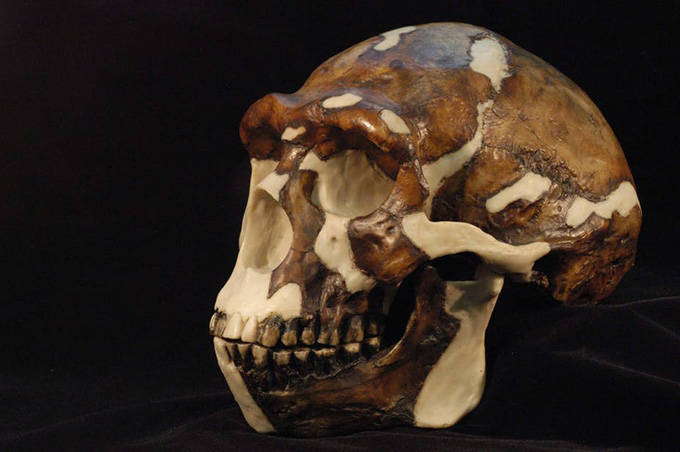 Digital technology has become an integral part of our everyday lives. So it was only a matter of time before the ways people interact with the past and ancient artefacts in museum settings became digital, too.

The problem is that technology can be extremely expensive. Many museums just don’t have the funding to obtain, develop and maintain fancy devices or interactive digital gadgets. Some big European and North American museums, which receive millions of visitors each year, have been able to afford virtual reality (VR) and various other digital technologies. These are an appealing and popular element of the visitor experience.

For example, you can tour the British Museum in London using VR. Visitors to the Smithsonian American Art Museum in Washington, DC can download an app to experience one of the exhibits in VR.

More digital avenues are being added to South Africa’s museums – and now the country has its first full VR exhibit. It will launch at the Origins Centre at the University of the Witwatersrand in Johannesburg on 25 September and will take visitors on a journey through hundreds of thousands of years of human history, art and innovation. I am a Middle Stone Age archaeologist and ochre specialist, and have been part of the team putting the exhibit together over the past four months.

Along the way, we’ve had to work out how to marry facts, interpretations, stories and technology. This hasn’t always been easy, but there have been a number of lessons along the way: most crucially, about the value of collaborative, interdisciplinary work to bring science to life.

Steven Sack, the director of the Origins Centre and Professor Barry Dwolatzky, who runs the university’s Tshimologong Digital Precinct, were the exhibit’s initial champions. The precinct is a technology hub. Dwolatzky was so enthusiastic about the idea of VR at the Origins Centre that he personally donated money towards it. Armed with this and a grant from the National Institute of Humanities and Social Sciences, we got started.

The next step was to develop VR hardware – headsets loaded in the content we went on to produce. For this, we had to look beyond academia and bring in a team from Alt-Reality, a company in Johannesburg.

My role was to provide guidance on my own areas of expertise, and to act as a link between the Origins Centre and Professor Chris Henshilwood, for whom I work at the university’s Evolutionary Studies Institute. It was one of the institutes that provided a great deal of content for the VR exhibit.

Lara Mallen, a rock art specialist who was the curator at the Origins Centre, was a crucial part of the project: her knowledge of the centre’s displays and her intricate understanding of the rock art was vital in developing the content.

I bugged many of my peers in the Evolutionary Studies Institute, Rock Art Research Institute and School of Geography, Archaeology and Environmental Studies at Wits University as well as researchers at other institutions for their opinions and images. We also sourced video and digital content from their research that we could include in the VR exhibit. They were all intrigued and excited by the chance to share their work in a totally new, different form.

Then came the balancing act: what would work well in VR, how much content could we have and what was missing. It was a very organic and ever-changing process. We continually revised, cut and added content.

The visitor can chose what they want to see and what they want to learn more about. They can see (and hear) how people made stone tools and ground ochre 100,000 years ago, or they can be transported into a painted rock shelter while also being able to see the individual images right up close. 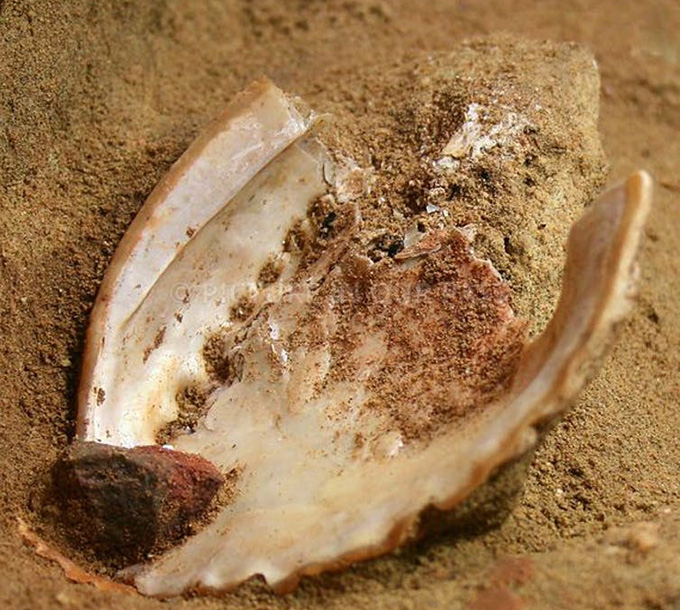 An ochre processing toolkit from the Blombos caves. VR allows visitors to see how the process worked. C Henshilwood

As an academic I wanted to make sure that we presented a factual yet exciting summary of the Origin Centre’s content. That wasn’t at all straightforward.

We had to decide what stories we chose to tell, how we wanted to tell them – and whether our interpretations were correct. Bringing the past into a digital space creates so much more overt space for interpretation and different narratives. Traditional museum panels explain what an object is and how old it is. The VR actually shows how it worked and the process archaeologists have used to find that out.

One of the most valuable aspects of this project has been the opportunity to diversify traditional narratives around archaeology. Women and children have been somewhat neglected in archaeological interpretations, especially since in the past most histories were written by (white) men. This has tended to present a simplistic picture of prehistoric societies: men hunting, women gathering.

But there was more to it than that. Stone tools had to be made; poison was collected on use on the tips. Fires needed to be built and ochre ground to create paint for ritual. VR gives more space to explain the answers and explore the nuances of prehistoric societies.

Collaborating with a team of researchers of different ages, backgrounds and genders means a more unbiased picture of the past can be created. The VR content allows anyone to interact with the artefacts – female, male, young and old. They can immerse themselves in it and draw their own conclusions.

The digital experience might also appeal more to younger people and hopefully bring more young visitors into the museum. But it’s accessible, enlightening and informative and older people will enjoy it too.

As a scientist, I think these kinds of interactive museum displays are vital in aiding deeper understanding and interest in a topic. The same applies to archaeological research.

Being able to manipulate or reconstruct artefacts and use them helps us to understand how and why they were used or created. Being in the team that has conceptualised and created the Origins Centre’s VR content has reminded me that collaborative and interdisciplinary work – even though sometimes tricky to start – can be so fulfilling and revolutionary.

Author Bio: Tammy Hodgskiss is a Research Associate, Evolutionary Studies Institute at the University of the Witwatersrand