In end-of-year discussions around the baccalaureate, this is the path that is least highlighted. But would the vocational route have gained public attention through political debates? The vocational high school would in any case have become a “surprise campaign subject” , headlined Le Monde on April 1 , 2022  .

And this is by no means a joke. President candidate Emmanuel Macron declared when launching his campaign that he wanted to carry out a major reform of the vocational high school , by bringing establishments and companies closer together and by paying high school students during their internship periods. Valérie Pécresse (Les Républicains) intends to entrust the responsibility for orientation , learning and the professional path to the regions, while Yannick Jadot (Les Verts) and Jean-Luc Mélenchon (La France Insoumise) underline the importance of these sectors for training the specialists needed for the ecological transition.

However, this is not the first time that the vocational high school and the question of apprenticeship have been the subject of keen attention by presidential candidates. This had already been the case during the great televised debate on TF1 on March 20, 2017, as the specialized information site on education VousNousIls had retained . François Fillon then said he wanted to “reinforce” learning, Emmanuel Macron considered it “very important”, while Jean-Luc Mélenchon criticized him, preferring the formula of internships under school status and deploring “the closure of 170 vocational high schools” in 10 years.

We can clearly see the divisions and political continuities on the subject, from 2017 to 2022. But to better grasp them and understand the stakes of the major inflection attempts that are under debate, it is necessary to take the measure of the singularity of France in this matter, a singularity that comes from afar.

According to the historians of vocational education Guy Brucy and Vincent Troger, the schooling of vocational training is specific to the French education system, as they explained in the Revue française de pédagogie
“This education, which began to be built at the end of the 19th century, is the result of collaboration between part of the senior civil service and  the employers of the most modern sectors of industry and commerce […] . The war, the Vichy government, the Liberation swung this policy towards a more pronounced interventionism and a generalization of schooling. The “French model” of schooling and the regulation of vocational training through diplomas was then put in place, but always with the explicit support of the most dynamic sectors of industry and commerce. »
A second level, decisive, is reached at the beginning of the Fifth  Republic. Vocational training then became a major concern of the French school. The Treaty of Rome, signed in 1957, has just established the European Community. Gaullist nationalist voluntarism takes this situation as a challenge to be taken up, an ardent obligation for the survival and rank of France. 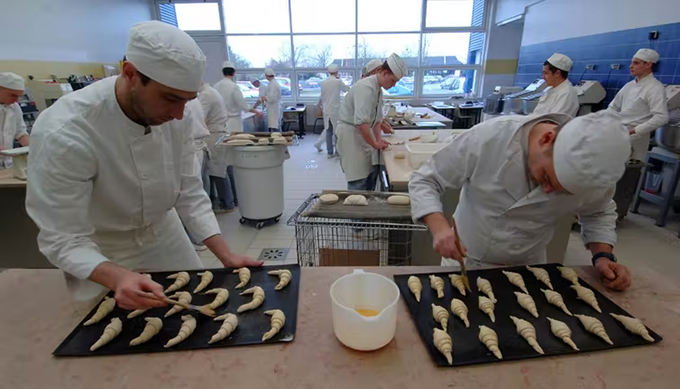 “International competition, to which the end of customs within the Common Market and the liberalization of world trade subjects us, confronts our companies with problems that protectionism once spared them”, explains Charles de Gaulle in Memoirs of Hope. : effort

The school, for the General, must evolve profoundly in order to contribute – directly or indirectly – to this necessary and desired transformation. The testimonies of former collaborators of the President of the Republic are unequivocal: he unambiguously wanted vocational training to be a matter of State, a matter of State.

Michel Debré, his Prime Minister, emphasizes that “the importance to be given to technical education and vocational training was one of the main points of agreement between the General and him”. He recalls that, as Minister of Finance, he had a law voted declaring that “The State was responsible for vocational training”, and he evokes “the pleasure felt by the General at the release of this text”.

The establishment in 1985 of vocational baccalaureates and vocational high schools completes this development. On May 22, 1985, Prime Minister Laurent Fabius announced that the government was preparing “a five-year program law”. It is a question of favoring “a gigantic leap forward, fundamental for the modernization of the country”. Laurent Fabius specifies that this law will allow the creation of new schools, the “vocational high schools”, and the establishment of a new baccalaureate, the “professional baccalaureate”.

On May 28, 1985, the Minister of National Education commented on this announcement. According to Jean-Pierre Chevènement, it is primarily a question of meeting the needs of the modernization of the country by training more and more qualified workers, “often at the level of the baccalaureate, sometimes at an even higher level”. The Minister of National Education wishes to “erase the image of the poor relation of National Education attached to vocational technical education” for “this part of the youth who most needs to be offered prospects” but also for its professors, whose career has been “too often limited by the horizon of the system itself”.

The creation of the vocational baccalaureate is therefore referred to a desire for national affirmation in a situation of intensified economic war, like the Gaullist reform of vocational training at the start of the Fifth  Republic.

It is not without importance during this presidential election that we deal with “vocational training”, and especially “vocational high schools” or “learning”. Are we in a world situation requiring an adjustment in the economic and industrial order comparable to the historical antecedents mentioned?

Should we deal with the subject first and foremost in a reaffirmed national ambition and framework, “as before”? Is it a national political issue of prime importance to be treated as such, or should it be left to the vagaries and vagaries of “liberal” business and possibility? This seems to be the decisive choice to be made in this case. It is still necessary to explain it and to assume it clearly, in full knowledge of the facts.

Author Bio: Claude Lelievre is a Teacher-researcher in the history of education, honorary professor at Paris-Descartes at Paris Cité University