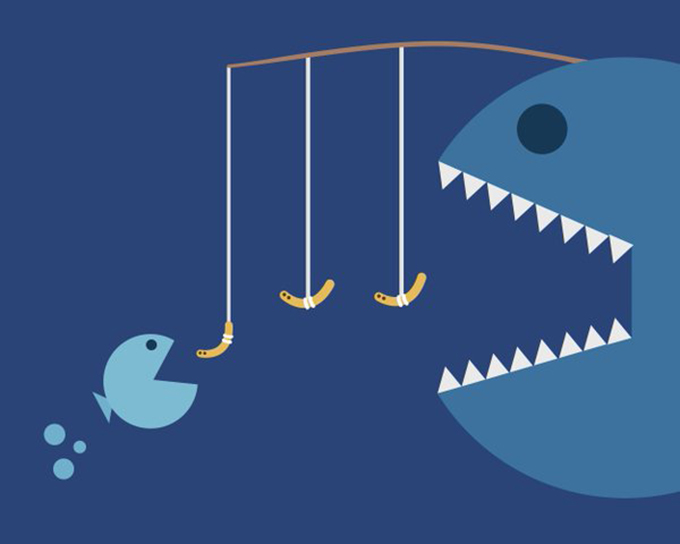 As I wrapped up a research sabbatical in Canada in March 2015, I started searching for conferences to present my research at. A quick Google search highlighted a shocking number of events and organisations that I had never even heard of – and an even more shocking list of conference fees.

But perhaps I shouldn’t have been surprised. Invitations to what University of Colorado librarian Jeffrey Beall calls “predatory conferences” now compete for attention in academics’ spam folders with solicitations from dubious open access journals, of which Beall keeps a well-known blacklist.

One question such emails raise is whether the conferences ever actually take place. My 10 months of research on the topic suggests that while pure scams do exist, they are the exception. And while predatory conferences are often shambolic, with last-minute venue changes or even greater disasters, such as running out of coffee before 9am, the more sophisticated and longer-lived organisers offer a veneer of legitimacy, recognising that repeat customers mean greater profits.

All predatory conference organisers share some of the following characteristics. They hide their for-profit nature. They charge high fees (with minor presenters paying even more than non-presenters). They fail to carry out rigorous peer review of conference papers. They treat the “call for papers” deadline as flexible. And they list researchers’ names on advisory boards or committees without obtaining permission, to give themselves the appearance of legitimacy.

Another warning sign is names that include the word “international”: the organisers know that many researchers need to attend international conferences for funding and publication purposes. Equally suspicious are organisations that hold many conferences in very different fields together at the same time, repeating them in several cities throughout the year.

Some observers assume that no Western academic would get caught up in predatory conferences, and dismiss them as a developing-world problem. But during my research, I met plenty of faculty from the UK, North America, Japan, continental Europe and Australia both presenting papers and helping to organise predatory events.

Some blame universities for accepting dubious conference presentations and papers in job or promotion applications, and for hiring fewer tenure-track and permanent faculty, thus encouraging insecure staff to take risky shortcuts. But the real reason predatory conferences exist is because well-established academics support them.

Those deceived once might be forgiven – although they should probably brush up on their critical thinking. But those offering their name, title and time to deliver keynote speeches and to help organise predatory conferences need to start blaming themselves.

When I contacted them, a few expressed regret or embarrassment for getting involved, typically putting it down to misplaced trust in a charismatic colleague. But most ignored the evidence and refused to admit any wrongdoing, either personally or by the organisation. For example, an American I spoke to remains on the advisory board of a predatory conference organiser even after being informed that its conferences have accepted randomly generated nonsense abstracts, repeatedly stolen the identities of researchers for conference committees and funnelled conference papers into predatory journals.

It becomes even more difficult to give researchers the benefit of the doubt when many become involved with more than one predatory publisher or conference organiser. I interviewed another American lecturer based in Japan who nearly lost his job after being criticised on Beall’s blog for helping to organise conferences for a predatory company. He regretted the need to quit to save his job more than he regretted getting involved in the first place. Ten months later, he delivered a paper at a conference run by a second predatory organiser.

Mercenary motives may play some role. But it’s disheartening how little value some people place on their academic reputations. At best, keynote speakers receive a small honorarium or a free trip. More junior scholars risk their reputation for a waived conference fee and the “honour” of an “invited speaker” entry on their CV.

Sadly, many researchers present at predatory conferences as part of a symbiotic relationship, turning a blind eye to abuses in return for easy acceptance of their conference papers and junkets in attractive locations, funded out of research budgets. At one predatory conference I attended in Tokyo, several spouses and children of presenters helped to fill out the sparse audience. Typically, the whole family left the conference at the first opportunity – with important research to be conducted at Tokyo Disneyland, to judge by the guidebooks they were carrying.

Predatory conference organisers recognise what will attract delegates. Many also offer tours and dinners, often hiding their cost in the registration fee. One advertises its regular conferences in 23 different countries as three-day events. The first day consists of early registration and the third is classified as a travel day. For far too many researchers, what should be a red flag becomes the leading lure.

Such abuses will end only when individual academics take responsibility for their actions and face up to the fact that by getting involved with predators, they are preying cannibalistically on both their colleagues and taxpayers.

Author Bio: James McCrostie is an associate professor at Daito Bunka University in Japan, where he teaches English as a foreign language.