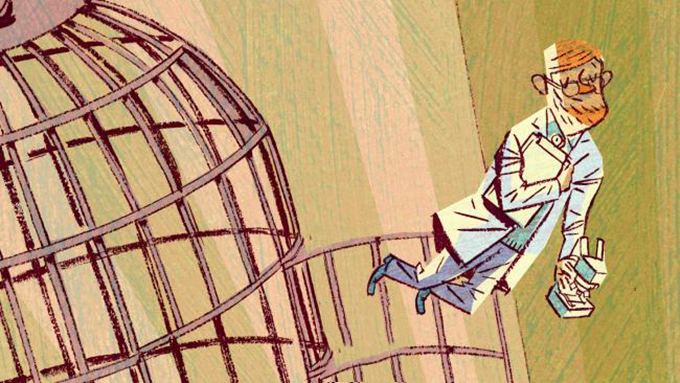 Today the Washington Post published an important op-ed piece, “If colleges keep killing academic freedom, civilization will die, too,” by José A. Cabranes, a judge on the U.S. Court of Appeals for the Second Circuit.  Cabranes, a Bill Clinton appointee and highly respected jurist, previously served as General Counsel for Yale University (1975-80) and on the Yale, Columbia, and Colgate boards of trustees.  His essay has many virtues, not least of which is its invocation of the AAUP and its principles and an uncompromising defense of tenure.  Justice Cabranes is concerned, rightly so, that “the erosion of academic freedom has become a national problem.”

But what is the source of that problem?  Here Cabranes is less clear.  “Until recently, attacks on tenure came mostly from the political right,” he states.  But today “the tables have turned.  Academic freedom now attracts opposition largely from the left.”

On its surface this contention seems bizarre at the least, given the impending Trump presidency; right-wing Republican control of both houses of Congress and the majority of state legislatures and governorships; intensified assaults by rightist politicians on faculty rights in Florida, Missouri, North Carolina, Ohio, Texas, and especially Wisconsin; the widespread intimidation on social media of left-leaning scholars by right-wing “trolls;” the campaign of intimidation waged by the right on prominent academic climate scientists; the emergence of new blacklists of “liberal” and “anti-zionist” scholars, like the Professor Watchlist; not to mention cases like that of Steven Salaita and Melissa Click, dismissed by their universities under pressure from conservative forces resulting in AAUP censure.  Indeed, one wonders how much of a threat something called “the left” could be to virtually anything these days.

Cabranes martials little evidence to support his claim, however.   He does argue that “problems arise when we are told that ‘uncivil’ speech has made a campus ‘unsafe’ — and that university officials should make a campus safe again by punishing uncivil speakers.”  I certainly agree, but how does this pressure come from “the left?”  Perhaps the most thorough debunking of the “civility” movement came from a prominent left-wing scholar, Joan W. Scott, a Committee A member, in the pages of the famously left-wing Nation.  Cabranes’s own examples come exclusively from Yale.  I have elsewhere questioned the claim he repeats that Yale is “long celebrated as a leader on freedom of expression,” but his treatment of that university’s current failures is, sadly, all too true.  “Until recently,” he writes,

Yale insisted that accused professors enjoy basic due process, including the rights to a public, recorded hearing; to legal representation; to present evidence; to question opposing witnesses; and to a presumption of innocence unless convicted by “clear and convincing evidence.” Today, however, Yale and other universities routinely ignore or limit these rights, which the American Association of University Professors has described as essential in any fair proceeding. Yale now adjudicates sexual misconduct proceedings in secret. The standard of proof is reduced to “a preponderance of the evidence,” the lowest possible bar. And Yale made these changes without the formal consent or approval of its faculty.

But how, one again might ask, does this constitute an attack on academic freedom from “the left?”  Has the Yale administration somehow been taken over by a band of Leninists?  The point is that the issue is neither “the left” nor, for that matter, “the right.”  Facile notions that “both sides do it” miss an important point.  Attacks on academic freedom are most dangerous when they come from entrenched power, and on college and university campuses that means the administration, the trustees, and at public institutions, politicians.  It matters less for academic freedom if these forces can be labeled “right” or “left,” than that they have the power to implement policy and take action.  Both “rightists” and “leftists” among faculty, students, alumni, and donors are well within their rights to make demands on the institution, including even to call on the institution to discipline dissenting faculty or students.  However, it is the obligation of the institution and its leadership to resist such calls and to defend academic freedom. This is where the failure, at Yale and elsewhere, lies.

A second example will help illustrate the point.  On Monday, University of Wisconsin at Madison professor Donald P. Moynihan published an excellent op-ed in the New York Times, “Who’s Really Placing Limits on Free Speech?”  In contrast to Cabranes, Moynihan focused not on “left” or “right” or, for that matter, on movements for “political correctness” among students, but on government actions.  “Policy makers who accuse students of weakening campus speech should lead by example,” he concludes.  “Free speech on campus has survived and will survive challenges from students and other members of civil society.  Its fate is much less certain when the government decides to censor discomforting views.”

Almost immediately, Samantha Harris of the Foundation for Individual Rights in Education (FIRE) responded.  While acknowledging the truth of much of Moynihan’s argument, she wrote:

Moynihan’s editorial, by continuing to frame the free speech debate in terms of liberal vs. conservative, misses an important opportunity to make the broader point that censorship is a wholly bipartisan issue that we must come together to fight across ideological lines. Moreover, by framing the issue in terms of the relative power of student protestors versus that of state legislators, Moynihan also evinces a misunderstanding of the dynamic on many college campuses, where student demands for censorship are backed up by administrative action that directly affects free speech and academic freedom.

Now, in fact, Moynihan did not employ the terms liberal or conservative.  Nor, for that matter, did he claim, as Harris charges, that the problem of “political correctness” (to resort to a shorthand term) is limited to elite campuses; he simply argued it was only most pressing there.  But the real problem is that the thrust of Harris’s piece is to perpetuate the “left-right/both sides do it” narrative and to place the largest share of current blame on student protesters.  Harris offers several examples to support her contention, but in fact they actually suggest a quite different reading.

Harris writes: “when a few students complained about the language that former Louisiana State University (LSU) professor Teresa Buchanan used in the classroom, the university’s Board of Supervisors fired her.”  Regular readers of this blog will be familiar with this case, about which the AAUP issued a special supplementary report.  But the problem at LSU was not the “few students” who allegedly complained, but the actions of the university’s administration, which conducted a secretive review, defied recommendations from two faculty committees, and fired Buchanan.  The LSU Academic Senate has censured the administration for its actions.

The point is that this has nothing to do with the “left” or the “right” but with an administration either so craven or so intolerant as to remove a faculty member in response to a handful of relatively minor complaints and to bypass any meaningful semblance of due process.  Buchanan is challenging the ruling in court with support from both FIRE and the AAUP Foundation.  It is important that her suit is directed at the university, not at students or, for that matter, leftist politicians.

Let me say that I have great respect for both Professor Moynihan and FIRE, which has done extraordinary work on behalf of both student and faculty academic freedom.  My objection here is to the framing of the issue as one of “partisanship” (left, right or bi) and the targeting of student protesters as major culprits, something perhaps also implicit in Cabranes’s essay.  As I have previously argued at some length on this blog, students are in the main not the problem.  And here let me once again martial the insights of libertarian scholar Jacob Levy, who wrote:

It turns out that 18-year-olds seized of the conviction of their own righteousness are prone to immoderation and simplistic views. (Who knew?) And the last several years have absolutely seen a new level of identity-politics policing of popular culture. This has certainly not come only from the left: witness GamerGate and the preemptive online fury against the new women-led Ghostbusters movie. But there have been cases on the left I would identify as excesses. . . .

Certainly too many students have bought into a culture that privileges security and comfort over liberty and challenge as, for example, in the movement to impose so-called “trigger warnings,” which the AAUP has rightly decried as “at once infantilizing and anti-intellectual.”  However, if students do not respect academic and intellectual freedom one important reason may be that the leaders of their colleges and universities have themselves abandoned these critical values for those of the corporate manager.  And that is the central problem, not student pressure or “leftist” thinking.

Indeed, FIRE’s own executive director, Greg Lukianoff, argued in his 2012 book, Unlearning Liberty, which I discussed favorably in a larger review essay in the Journal of Academic Freedom, that students are not the main initiators of unconstitutional speech codes nor have they been responsible for creating cramped “free speech zones,” even if too many of them passively accept such outrages.  Instead, Lukianoff argues, “the actual regimes of censorship on campus are put in place primarily by the ever-growing army of administrators.” (emphasis added)  I would argue further that in imposing such regimes these administrators have functioned neither as “leftists” nor as “rightists” and certainly not in some “bipartisan” manner.  They are instead mere  corporatist managers seeking order and control.  And therein lies the bigger problem.

Note received from Samantha Harris : “Hello, Samantha Harris from FIRE here. I just wanted to clarify a few things about my critique of Moynihan (regarding which he and I actually had quite a nice exchange yesterday on Twitter). First, I don't charge Moynihan with having said the problem of political correctness is limited to elite universities; in fact, I quote him in full as saying that they are "that they are 'the most pressing concerns only for elite private institutions like Oberlin and Yale.'” Second, I don't think that I in any way suggest that student protesters are the primary problem– indeed, I acknowledge even their demands for censorship as "valid exercises" of their right to free speech, and place the blame on exactly those "craven" (to use your term) administrations — like the administration at LSU — that give in to those demands for whatever reason. So I suspect you and I are actually not too far apart here. “