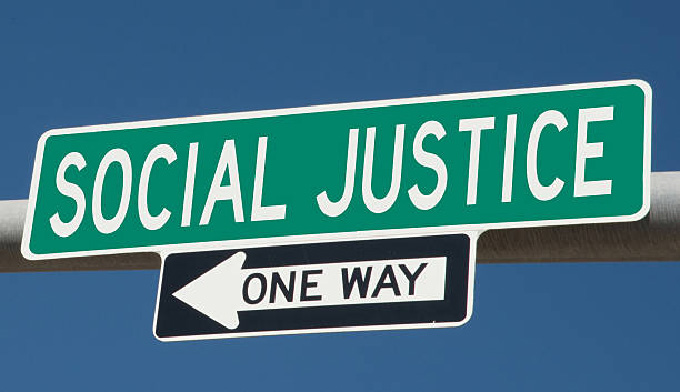 I know I’ve said many things in this blog that the gentle reader could find unbelievable, and, this being the internet, I completely respect and even encourage skepticism. I’m telling the simple truth, however, and am always eager to provide evidence of the things I say.

I’ve mentioned before the painful, excruciating “multiculturalism” meetings faculty are often forced to attend, and they go by many names. While going through an account of the Social Justice Warrior (or SJW, or Leftist, or Bolshevik, among other names) takeover of Evergreen College, there was a reference to a “canoe meeting.”

Amazingly enough, Youtube has a video of this meeting, which is somewhat representative of the things I’ve seen with my own eyes, though more sophisticated than most.

I encourage the reader to at least watch this abomination for a minute or so. While there are quite possibly dangerous mind control techniques involved here, it may be worth the risk, just so the gentle reader can see with his own eyes the things I’ve claimed are quite true.

Does the drumming give you a headache? This is supposed to be a college campus, a meeting of scholars…and the obnoxious drumming throughout the meeting makes it impossible to think clearly.

Is the drumming merely to make it impossible to reason, or is it to put people into some sort of hypnotic trance, where they’re more susceptible to suggestion? I offer no proof one way or the other, but the gentle reader’s own eyeballs and ears can tell something is wrong about any sort of academic meeting going on concurrently with drums pounding away.

The meeting begins with the Poo Bah heaping praise on his “incredible equity council,” a council, I might mention, responsible for the incredible violence and hatred that marks Evergreen College. Every meeting like this I’ve been to starts with this self-congratulatory praise, even, possibly especially, when it’s completely unwarranted.

Next comes the discussion of “equity gaps,” though such gaps are never defined, and, far more importantly, shown to exist, shown to be wrong, or shown that attempts to correct the gaps would do more good than harm.

Always, the problem is created from nothing, to justify huge boondoggles and massive expenses, primarily on things that no rational person could believe would actually help to achieve elimination of the gaps. Assuming, of course, that elimination of the gaps is a good idea, or that they even exist in the first place.

The Poo Bah goes on to call the gaps pervasive, pernicious, and problematic…but at no point will this imaginary problem be clearly defined enough to address the name-calling.

The gentle reader should note how none of the scholars at this school dare to speak out against the obvious lies being forced down their throat, or to ask for any rational discussion. I concede some might think it’s just that obnoxious drumming that keeping dissent down, but I assure that it’s the culture of fear in higher education keeping faculty silent.

Next comes the virtue signaling:

“I refuse to let whiteness consume me.”

I…have no idea how a rational person could say something like this. What does this even mean, anyway? These people are insane. Yes, there are lots of crazies out there, but why pay $50,000 a year to have this madness shoved at you? This virtue signaling gibberish continues for some time, eventually ranting about privilege, and the poor deluded woman even gets emotional over this shibboleth…while the maddening drums continue.

The Poo Bah continues to blather about equity, as this is now the new buzzword (I’m grateful, as I’m so tired of hearing about “leadership”). I remind the gentle reader, and the Poo Bah too if he’d deign to hear me, that higher education isn’t about equity. It’s about making humanity, making humans, better, through education and dissemination of knowledge.

“our mission is unique…abiding commitment to social justice.”

–apologies if my transcription is inferior.

It’s not about social justice, and no, the mission of no college is social justice. I trust the gentle reader notices the resigned faculty just sitting there, doing all they can not to be rendered insensate by the drums.

“we do equity well here…”

The requisite minority speaker mis-spoke here, because she corrected herself. But it’s important to know the Social Justice Warrior is never satisfied, they will never, ever, admit equity, whatever that may be, is fine.

Eventually the meeting ends with everyone getting into an imaginary canoe, leading to this mission of defeating this imaginary problem.

A common aspect of brainwashing–yes I said brainwashing–methods is to get the victims to utterly deny reality, to acknowledge something obviously false as, in fact to the victim, quite true.

I’m sure someone far more familiar with mind-control techniques can put together an extensive thesis about how these types of indoctrination meetings are so effective.

But the gentle reader need not concern himself with the “how,” as we see the effects of the brainwashing almost every day on campuses now, with rabid, extreme hatred of white people now being expressed in student guides, in school newspapers, and other forms of open, public, media. If this level of hate were directed at any other racial group, the protests would be loud and constant. Since it’s against whites, and many campuses have constant anti-white indoctrination on them, the racist bigotry continues unchallenged.

Great numbers of people on our campuses are now succumbing to this hatred-indoctrination, and now the gentle reader can see how this is happening, with his own eyes and ears.

Now that you know, what can be done, short of bulldozing the schools that have been taken over like this? Sadly, I see no options, although I will, as always, suggest ending the student loan scam.

There’s just no reason the white taxpayer should pay for the brainwashing of people into violent monsters will someday rip him and his family to shreds, after all.