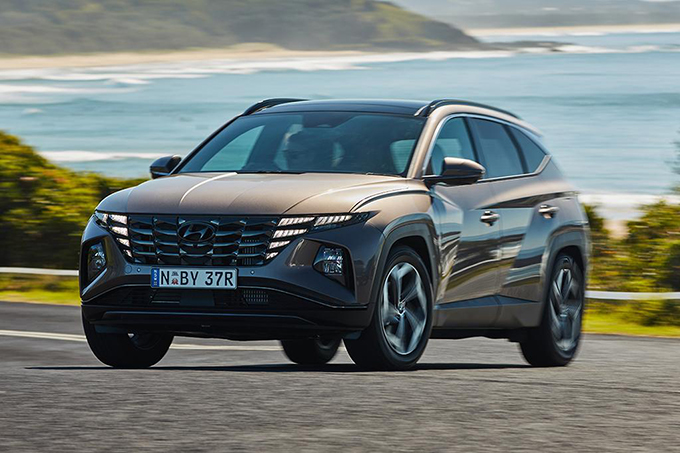 Australia’s love for fuel-hungry and fuel-inefficient SUVs is hampering our ability to bring transport emissions down. SUVs make up half of all new car sales last year, a National Transport Commission report revealed this week – up from a quarter of all sales a decade ago.

As a result, the carbon emitted by all new cars sold in Australia dropped only 2% in 2021, the report found. Sales of battery electric vehicles tripled last year, but still make up just 0.23% of all cars and light commercial vehicles on our roads.

In internationally peer-reviewed research earlier this year, we measured the emissions of five SUVs driving around Sydney, and our findings suggest the situation may actually be worse than the new report finds.

The National Transport Commission’s numbers are based on the “New European Drive Cycle” (NEDC) emissions test. Our research found the real-world emissions of SUVs are, on average, about 30% higher than the NEDC values. This means we are not reducing fleet average emissions by a few percent per year, but actually probably increasing them by a few percent every year.

What the report found

The transport sector is responsible for almost 20% of Australia’s emissions, ranking third behind the electricity and agriculture sector. The first year of the COVID pandemic only reduced transport carbon dioxide emissions by about 7%, compared to 2019 emission levels.

Overall, Australia’s pride in carbon-belching transport is evident by the fact transport CO₂ emissions have risen 14% between 2005 and 2020.

SUVs are generally larger and heavier than other passenger cars, which means they need quite a bit more energy and fuel per kilometre of driving when compared with smaller, lighter cars.

Although SUV sales are rising globally, the Australian fleet is unique due to its large portion of SUVs in the on-road fleet, often with four-wheel-drive capability.

According to the National Transport Commission report, sales of four-wheel-drives and utes surged by more than 43,000 in 2021, while large SUV sales rose by around 25,000.

Rapidly shifting to electric cars is an important way to bring emissions down. But the report found in 2021, just 2.8% of Australia’s car sales were electric. Compare this to 17% in Europe, 16% in China and 5% in the United States.

In Australia, there is still no option to buy an electric ute, and electric vehicles remain prohibitively expensive.

There are a range of methods scientists use to measure vehicle emissions.

One popular method worldwide uses so-called “on-board portable emission monitoring systems”. These systems are effective because they enable second-by-second emissions testing under a variety of real-world driving conditions on the road.

On the other hand, the New European Drive Cycle (NEDC) emissions test is conducted in the laboratory. It was also developed in the early 1970s and reflects unrealistic driving behaviour, because test facilities at the time could not deal with significant changes in speed.

We fitted five SUVs with a portable emission monitoring system and drove them a little over 100 kilometres around Sydney in various situations, such as in the city and on the freeway.

We then compared our measurements with the Green Vehicle Guide – the national guide to vehicle fuel consumption and environmental performance, which is also based on the NEDC test.

Our measurements of fuel consumption and CO₂ emissions were consistently higher. This varied from 16% to 65% higher than NEDC values, depending on the actual car and driving conditions.

On average, real-world fuel consumption and CO₂ emissions were both 27% higher than NEDC values. Importantly, this gap has increased substantially from about 10% in 2008.

Indeed, previous research from 2019 found fleet average greenhouse gas emissions for new Australian cars and SUVs has probably been increasing by 2-3% percent per year since 2015, rather than the reported annual reduction by, for instance, the National Transport Commission.

This detailed analysis showed a sustained increase in vehicle weight and a shift to the sale of more four-wheel-drive cars (in other words, SUVs) are probably the main factors contributing to this change.

We found modern diesel SUVs and cars or diesel light commercial vehicles (such as utes) in Australia and New Zealand have relatively high emissions of nitrogen oxides and soot – both important air pollutants.

Around 2,600 deaths are attributed to fine-particle air pollution in Australia each year. Transport and industrial activities (such as mining) are the main sources of this.

And in 2015, an estimated 1,715 deaths were attributed to vehicle exhaust emissions – 42% more than the road toll that year.

The remote sensing emissions data suggest 1% of one to two-year-old diesel SUVs and 2% of one-to-two year old diesel light commercial vehicles have issues with their particulate filters, leading to high soot emissions.

These percentages are high when compared with a similar study conducted in the United Kingdom, which could not find any clear evidence of filter issues.

Ever increasing SUVs sales are a drag on successfully reducing Australia’s total greenhouse gas emissions. So what should we do?

Of course there are several things to consider, but in terms of fuel efficiency and greenhouse gas emissions, we believe there are three main points.

First, we need to make sure we have realistic fuel use and emissions data. This means the National Transport Commission and Green Vehicle Guide should stop using the NEDC values and shift to more realistic emissions data. We acknowledge this is not a simple matter and it requires a lot more testing.

Second, we need to electrify transport as fast as we can, wherever we can. This is crucial, but not the whole solution.

To ensure Australia meets its net-zero emissions target, we also need to seriously consider energy and fuel efficiency in transport. This could be by promoting the sales of smaller and lightweight vehicles, thereby optimising transport for energy efficiency.

In all of this, it will be essential for car manufacturers to take responsibility for their increasing contributions to climate change. From this perspective, they should move away from marketing profitable fossil-fueled SUVs that clog up our roads, and instead offer and promote lighter, smaller and electric vehicles.

Author Bios: Robin Smit is an Adjunct Associate Professor and Nic Surawski is a Senior Lecturer in Environmental Engineering both at the University of Technology Sydney