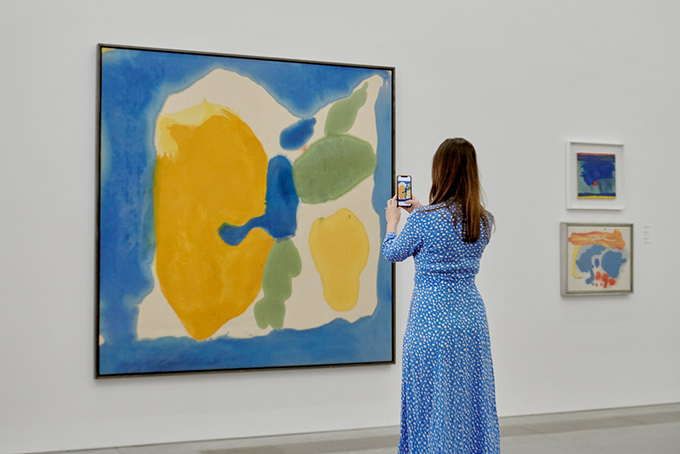 One might expect that French middle and high school students, who have far more hours in French than in visual arts or art history, will be less comfortable with painting than ‘with literature, very studied from the sixth grade (and already in primary school).

In particular, we could expect that, for some of them, they would be very helpless or even reluctant in the face of religious painting, of which they do not know the characters and the situations it shows. And that abstract painting, in the sense of that which does not represent reality, disconcerts them.

One of my recent research shows that it is not. I will give here some of the conclusions.

With the help of their French teacher, I confronted 350 students of third and second of the academy of Créteil with a painting reproduction and an extract of literary text. The instruction was to write about ten lines independently to comment on each of the two objects, or, at a minimum, to give some of his impressions.

Participants were allowed to deal with only one of the two items, provided they explained why. Note that each student worked, following a preliminary analysis, on one of the six tables and one of the six literary extracts that I had chosen and presenting equivalent difficulties for students of this level.

What does the comparison of student responses show? First, it is surprising to note that pictorial works are much less often avoided than literary works: 30.5% of pupils choose not to treat the literary work, whereas this is the case for only 5, 5% of them for the pictorial work.

More precisely, 38% of the pupils who were to work on an extract from the Imaginary Malade by Molière (1673), which was very often studied in class, chose to leave it aside. While this is the case for only 1.5% of the students for La Nativité ou Le Nouveau-Né by Georges de la Tour (circa 1635) and 12% for La Crucifixion blanche by Chagall (1938), which combines iconographic references from Christianity and Judaism. 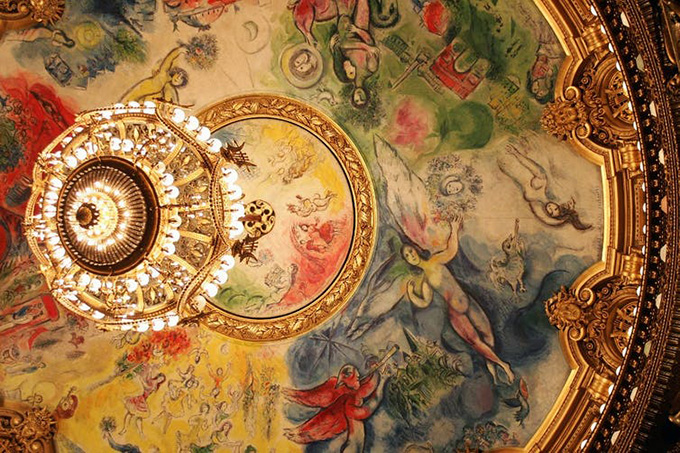 In this study, the pupils discover the work of Chagall (here, the ceiling of the Opera painted by the artist). Gabriel Bouys / AFP

Religious painting is therefore not avoided, any more than non-figurative painting: Landscape in the Rain by Kandinsky (1913) is neglected by only 8% of students, while this is the case for 44.5%. for the extract of Orphée by Cocteau (1927). The adolescents surveyed would therefore feel more inclined and more competent in the exercise when it relates to painting than when it relates to literature. This is even more true in very popular recruiting colleges: 47.5% choose not to process the text, against only 1.5% for the table.

But are they actually doing better? It is difficult to answer this question in absolute terms, since there are many ways to welcome the arts. But the research focused on what is expected at school, more precisely in French, a discipline whose programs provide for what is called image reading , in connection with reading literature (in both cases, it s ‘is an analytical and interpretative approach to the object, which I call here commentary).

To have a benchmark against which to compare student comments, I did a survey of just over 200 teachers in the discipline. The vast majority of them say that their expectations regarding reading painting are adapted from the expectations they have in literature. You must:

I have defined indicators corresponding to all these criteria: my study shows that the pupils are overwhelmingly closer to what teachers expect for painting than for literature. The gap is widening further in favor of the highly popular recruiting college painting.

You might think that everything is explained by the difference between the two objects. Unlike literary language, which relies on a language whose words have a meaning that preexists their use, pictorial language can seem more open. But the effects of the difference in the semiotic nature of languages ​​are complex and debated. In any case, in my opinion, you have to look for subjects and not just objects. 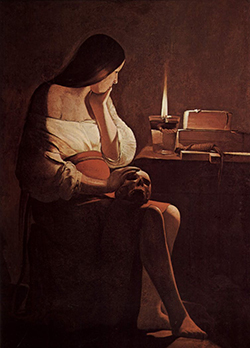 One could be satisfied to say that the culture of the image being the prerogative of the younger generations, the painting speaks to them more. But we must not forget that painting, which does not always make an image, especially when it is not figurative, and which produces meaning other than by representing, requires very specific cultural knowledge (for example, it is necessary to know, for classical painting, iconographic references).

Bourdieu and Darbel showed in 1966 that the frequentation of art museums is mainly due to the dominant classes, more recent sociological surveys show that this is still the case. So painting is at least as far from the culture of the pupils, especially from the working class, as literature.

The explanation which in my research appeared to me to be the most probable is the following: the pupils do not have the same relation to the two objects at all; the relationship they have with painting means that they understand, accept or allow themselves better to invest in giving meaning to the works. One can think that the fact that painting is very little present in the school tests, therefore in the evaluations, is not for nothing: they are less afraid of making mistakes, they are more confident, which is necessary to answer teachers’ expectations.

The interviews that I conducted with some of the students in my survey show this clearly. I give a few examples here. While the teachers say they expect a personal interpretation, without limiting it to what one might think corresponds to the author’s intentions, the pupils, for their part, often affirm, like Sarah: “On a blackboard, it’s us, our imagination. , it is our opinion, we are free, whereas a text is the opinion of the author ”. Or “you have to say, thinks Fatiha, what the teacher expects, otherwise it’s wrong”.

While each viewer can have their point of view, many readers of a text should, according to many students, stick to the single meaning of the words. Thus, according to Odile: “The painting depends on the person, what she feels, it depends on the sensitivity of the person. She will see the colors, the designs, how it’s done… […] A text, the words are the same, they mean the same thing for everyone. ”

Many students explain to me that it is because the painting is not written that it leaves room for the spectator’s writing, even encourages it, unlike the text, which is already written ”. This is the case of Amélie: “on the board there is nothing written, it is up to us to write”. Kourosh takes this as proof that “in the texts we have words to understand while on a blackboard it is we who are going to write”.

It is difficult for these students, given this conception of the text, to meet the expectations of their teachers! The conclusion I draw from my research is that the school could rely more on the conception that adolescents have of painting and of their rights to appropriate it as a lever to help them build. such a relationship to literature and to understand what is expected of them. Perhaps other arts could play the same role: other research will say so!