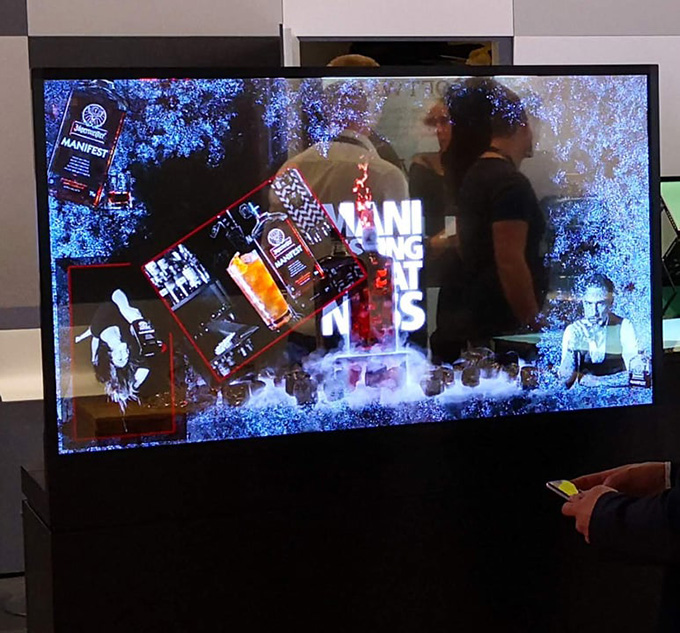 In a world saturated with images , it is urgent that, faced with them, our responses go beyond the emotional. Indeed, without an analysis guide, it is fascination that prevails, especially since the images, taken out of context, become viral, which makes their evaluation extremely difficult. All manipulations are then possible knowing that everyone can now not only watch images on a daily basis, but also reproduce and distribute them.

“Individuals today are both viewers and watched but also producers and broadcasters of images, especially the youngest. In other words, they see and are seen but, above all, they see and they show, create photos, videos that they like to share. […] The citizen becomes the accomplice of a society that shows everyone who wants to see,” summarizes sociologist Jocelyn Lachance in Terrorist images, the power of screens, the weakness of our speech .

And even if the crime prevention law (2007) takes into account these different forms of interaction by punishing “the fact of manufacturing, transporting, distributing by any means whatsoever and whatever the medium a message of a violent or pornographic nature or of such a nature as to seriously undermine human dignity”, the problem stems first of all from the fact that children, and many teenagers, are not able to distinguish these images.

Understanding, in the double sense given to it by the etymology of “to take together” (the Latin cum-prehendere ) and common sense, involves taking an interest in the motivations of the authors of the image, entering into their modes of thought and action, and this understanding is necessary to penetrate the symbolic space, both open and resistant to knowledge.

The school has a role to play in introducing young people to this thoughtful approach to images, especially as more and more very young children, from the age of 6 or 7 according to the study by the YouGov polling institute on the habits of the alpha generation ), are exposed to social networks. Images appear on their screens unexpectedly and young people consume them and relay them without distinction, without evaluating the messages offered to them and without taking into account the consequences of sharing them.

What the school does

National Education has made media and image education a priority with the creation of resources to help teachers question the press and images. The Center for Media and Information Education (CLEMI), for example, distributes educational sheets to “enable students to learn to read, to decipher information and images, to sharpen their critical thinking , to form an opinion, essential skills to exercise an informed and responsible citizenship in a democracy”.

In this context, many classes take part in workshops during Press Week , where young people meet journalists, put on radio broadcasts, decipher headlines… But all these actions tend to dissociate the “i” from “information” with the “i” of “image”. This is no doubt partly due to the weight of the verbal in the institution.

The image at school still remains at odds with the standards of teaching and classical pedagogy, based above all on writing where there is “a  predominance of signs and discourse over direct experience and […] of abstract intelligence over practical knowledge”, as explained by researchers Christine Delory-Momberger and Béatrice Mabilon-Bonfils.

It is also necessary to take into consideration the ambiguous place of media and information literacy (MIL) in the initial training of teachers, particularly at the first level, knowing that MIL is not considered as an object of education in its own right and that artistic practice has almost completely disappeared from training models.

Image education must, however, return to its image value or, to put it another way, move away from language skills that are constantly brought forward, because they are considered essential to the professional integration of young people. Moreover, the polysemy of the image is still often set aside when it is a system whose subtleties communicate ways of seeing, of knowing, of understanding, but also sometimes of not understanding…

The image offers clues while leaving them free to draw their own conclusions and teachers – traditionally holders of knowledge – are embarrassed by this loss of control. However, the opening of the school to this universe has strictly “political” implications, allowing otherness to become perceptible, and thereby participating in this education for citizenship essential to a life in democracy.

The CLEMI recommends inputs other than language: through practice, indicating that it is by making images that one learns to understand them. In this case, the image becomes a method for approaching the image in its fundamental “otherness”. And if the school does not always have the desire and the habit of doing it, it is essential that it gets started insofar as today, for the greatest number of children, it is is the only place where this education can take place. This is the position of Alain Bergala who participated in the establishment of the Lang plan for the arts at school in the 2000s. habits and mentality.

He defends this experimental dimension of doing or “Learning by doing”, which makes it possible to understand visual codes in action, by testing them concretely. But this method is out of step with a school charged, as the philosopher Blandine Kriegel reminds us , in her study of the rights of citizens, with a role of “inculcating common values”.

The very equalizing lessons are in fact structured on the basis of a “common foundation of skills and knowledge (SCCC), and a “common culture”. And the transmission of common knowledge, shared with the individuals who make up the community, has a directly social and political function, the State plays its sustainability there and we understand that this mission of unity and cohesion is at the heart of “national education “.

However, again according to sociologists Christine Delory-Momberger and Béatrice Mabilon-Bonfils, this “political conception of knowledge and its status in the French educational and pedagogical structure” has experienced a certain number of difficulties over the past forty years. “The school of knowledge”, which defines the school of the Republic par excellence, in fact postulates a universalist and rationalist model built on a principle of homogeneity and unity affecting both knowledge and teaching, the student and learning. And it is this model that is more and more often defeated in the current French school.

At a time of disinformation and fake news, image education through practice allows children to appropriate this medium in a unique way, without passively accepting an interpretation given once and for all. It introduces this “indiscipline” inherent in emerging knowledge, not yet finalized and unstable, away from deferential listening and outside of established knowledge and knowledge.

This practice is sometimes risky insofar as it can give rise to unexpected and sometimes violent associations. But it offers a dynamic space for experimentation adapted to an ever-changing reality. This exceptional space where transmission takes place by means other than discourse and knowledge – sometimes without discourse at all – is ideal for rubbing shoulders with information that is like living organisms.

This class-group transmission finally breaks with the increasingly solitary discovery of images on the Internet. It leads to questioning the way in which what we receive determines our choices and our actions and develops knowledge sources of thoughtful commitment. It prevents adhesion, without distancing which leads to accepting and taking up the messages without interpretation.

Faced with images, children must be taught to decenter themselves by introducing a plurality of points of view, by questioning their nature as isolated extracts from a complex story and by questioning their power of domination. Unfortunately, teachers still feel very uncomfortable introducing this ethics of gaze when discussing information and media practices with students. Indeed, they themselves have not been educated in the media and information and they are paralyzed at the idea of ​​managing difficulties linked to living questions of society.

However, we must agree to bring the informational universe of today’s adolescents into the school because “not knowing how to initiate a look at one’s own passion for seeing, not being able to build a culture of looking, that’s where the beginning the real violence against those who are handed over disarmed to the voracity of visibilities”, in the words of the philosopher Marie-José Mondzain .

Author Bio: Genevieve Guetemme is a Lecturer in Plastic Arts at the University of Orléans