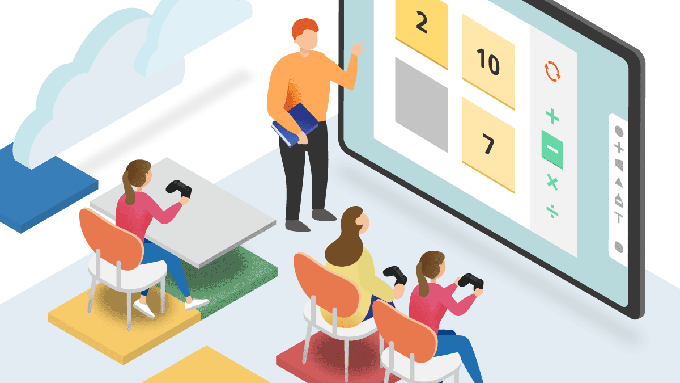 The concept of gamification ( gamification as proposed Fundéu) was introduced widely by game developer Nick Pelling in 2010 to the conduct a research on teamwork for a development company hardware . In the author’s words, gamification consists in the application of characteristic elements of games in non-playful contexts. Since then, various fields such as labor, business and, of course, education, have taken advantage of their potential to influence people’s behavior.

In recent years, gamification has become one of the most widely adopted emerging learning techniques in schools, although there is a serious debate about whether this active methodology is working effectively or not in class.

There is really little scientific evidence to confirm this, although it is true that the research community has significantly increased its experimental studies focusing on different subjects.

Nor does it favor that in the last study carried out in 2019 by the Observatory of Technological and Educational Innovation (ODITE), gamification is not mentioned as one of the trends in practice (those that are increasingly being used in educational centers), nor as a developing trend (those that are gradually being introduced into the classroom daily), although it does take it into account as an accompaniment methodology for the Inverted Classroom ( flipped classroom , in English) which it considers as an upward trend.

Moreover, although the Horizon Report (the most important on international educational trends) established between 2012 and 2014 that gamification would be “a significant force in educational technology”, in subsequent years it was not included as a trend.

Looking back and reflecting on the reason for this “abandonment” of gamification, we could point out that, in addition to the fact that there is no clear evidence about its direct implications on educational outcomes, it requires a lot of work by teachers (create, select and implement the games), a technological training that is currently lacking a part of teachers, or a large investment by schools or governments (financing games created by companies).

Educational innovation trends follow a cycle very similar to Gartner’s overexpectation cycle (or hype cycle ) , which may explain the reason for this scarce scientific production.

Figure 1 shows the estimated time that new technologies related to the educational field take to be adopted and the behavior they have depending on their life cycle. Such is the case, for example, of mobile learning , personal learning environments (PLE), learning analytics , adaptive Ebooks or gamification . 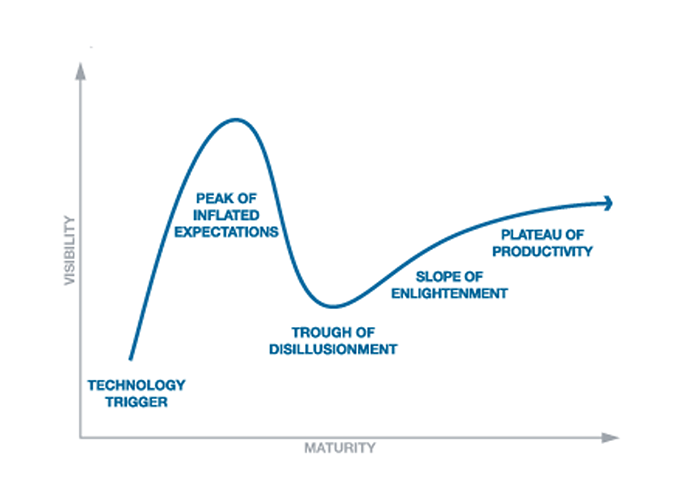 This cycle allows us to evaluate the maturity, adoption and application of a new technology to the educational field based on 5 stages that represent, as we say, its life cycle.

It would seem from all that the gamification has not met the expectations raised, but it is important to note that, although it has not yet been possible to demonstrate its direct impact on learning outcomes, it has had them in the motivation of students, influencing therefore indirectly in the results.

However, even in the field of motivation it is necessary to incorporate more evidence. Review reports such as Dicheva, Dichev, Agre and Angelova (2015) point out that most of the works on this topic focus on applications of gamification in education, but that these do not include an objective assessment of their impact.

Few examples of its application

We found good, although scarce, examples of its application and results such as the one carried out at the Oberta La Salle University of Andorra in 2015, which shows that gamification exerts a positive influence on student performance and motivation, or the experimental program ConectaIdeas carried out in Chile in July 2019 for math classes, where the results also showed a motivational improvement to enhance learning, although on the contrary it reduced student preferences for cooperative work.

In conclusion, gamification continues to show potential but, on the one hand, it requires a much larger work than expected by the teacher and, on the other hand, it is still necessary to carry out objective evaluations that allow measuring which elements of gamification have an objective influence on The learning.

Author Bios: Diana Valero Errazu is ICT Master Director for education and digital learning and Mª Beatriz Juárez Escribano is PDI and Coordinator of students of the ICT Master for Education and Digital Learning both at the Universidad Nebrija