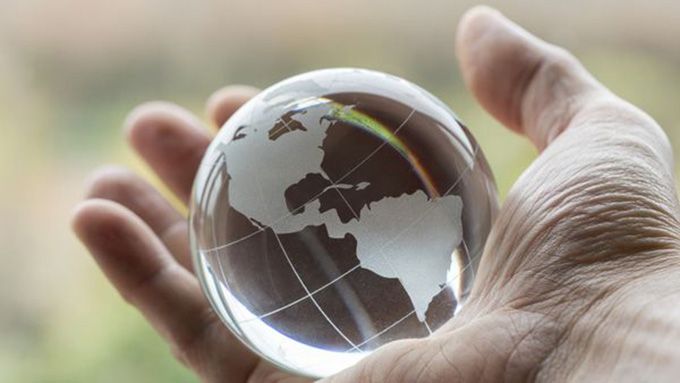 Scientists can make fairly accurate predictions about the future. But predicting what the Earth will be like in 500 years is a difficult task because there are so many factors at play. Imagine Christopher Columbus in 1492 trying to predict America today.

We know that there are two main types of processes that change our planet: One has to do with natural cycles, such as the way the planet rotates and moves around the Sun, and the other is caused by life forms, especially those Humans.

The Earth itself moves

The Earth is constantly changing. It wobbles , the angle of its inclination changes, and even its orbit changes to move the Earth closer to or farther from the Sun. These changes occur over tens of thousands of years, and have been responsible for the ice ages .

Five hundred years is not a long time in terms of geology.

Humans are changing the planet

Humans, in particular, are changing the Earth in many ways.

They cut down forests and destroy important wildlife habitats to build cities and farm. They move invasive species around the planet, altering ecosystems. They also contribute to global warming. People are causing climate change, especially by burning fossil fuels that release more greenhouse gases into the atmosphere than the planet and atmosphere can support.

Normally, greenhouse gases trap heat from the Sun in the same way that glass in a greenhouse does, keeping the Earth warmer than it would be otherwise.

The result of too much carbon dioxide is that temperatures rise, and that can lead to dangerously hot summer days and snowmelt in Greenland and Antarctica . The melting of the ice sheets raises the oceans, causing the coastal areas to flood .

That’s what the Earth is facing right now. These changes could lead to a very different planet 500 years from now, depending largely on the willingness of humans to change their ways. A warming planet can also contribute to extreme weather events such as heat waves, storms and droughts that can change the earth. All life forms on Earth are in danger.

Learn from the last 500 years

If we look back at the last 500 years, the living part of the Earth, called the biosphere, has changed dramatically.

The number of human beings has grown from about 500 million people to more than 7.5 billion today. More than 800 species of plants and animals have become extinct due to human activities during that period. As the human population grows, other species have less space to roam the Earth. Rising sea levels mean even less land, and rising temperatures will cause many species to migrate to better climates.

Not all Earth changes are caused by humans, but man-made changes have made some of them worse. One of the main challenges today is getting people to stop doing things that create problems, like burning fossil fuels that contribute to climate change. This is a global problem that requires countries around the world and the people who make them up to work towards the same goal.

Going back to Christopher Columbus, you probably couldn’t have imagined a highway full of cars or a mobile phone. Technology will undoubtedly improve in the next 500 years as well. But, until now, technological solutions have not developed fast enough to solve climate change. Keeping doing the same thing and waiting for someone to fix the mess later would be a risky and expensive gamble.

So the Earth 500 years from now may be unrecognizable. Or, if humans are willing to change their behaviors, it can persist with its vibrant forests, oceans, fields, and cities for many centuries to come.