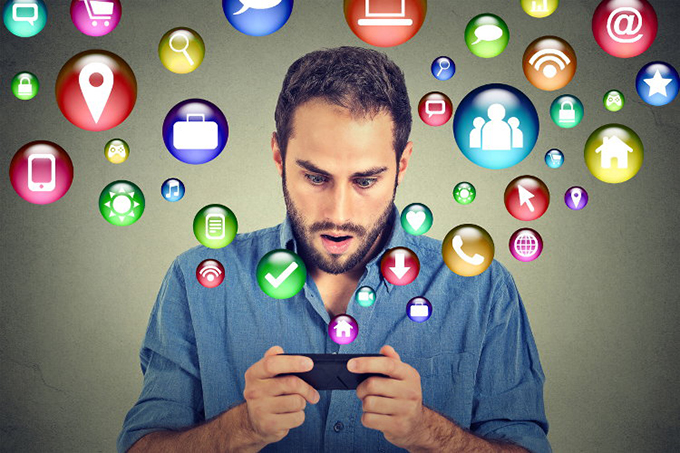 Last year, one of the things I enjoyed most was co-presenting a session about ‘Negotiating professional and personal spaces online’ with new friend and colleague Erika Smith (Mont Royal, Canada). We talked about a lot of things around this topic (you can view our slides from the session), and ran out of time because there’s so much to say. I made a short list of things I’d like to blog about after that conversation and this is one of them: what wouldn’t I post on social media?

When I’m talking with researchers about developing their social media presence and the kinds of things they might post, I emphasise the fabulous, useful, engaging things that can be done in the space. I do provide some cautions around using social media and things to consider but, most of the time, I try to minimise the negativity around its usage. I do this because there’s already a lot of scaremongering and derision around social media and there are better, more productive things that can be said about its use.

That said, I always acknowledge that social media platforms are only a few tools out of many when it comes to finding support, networking, or developing a professional identity. I happen to use these tools a lot because they are comfortable for me, I know them extremely well, and they do what I need them to do. For others, this may not be the case. For many, having regular breaks from social media use is what keeps it manageable and enjoyable.

For this post, I thought that talking a bit more about what I wouldn’t post on public social media (and why) might be helpful to folks who are reflecting on their professional/personal identities and how these may be represented online.

To say I don’t complain on social media would be a lie. I’m human and I complain. Incidents of complaining have probably gone down 75% since I stopped having to commute to work, and I’ve always been careful about complaining too much on the socials. Mostly, my complaints are boring and trivial; thinking about whether to post them publicly gives me a good opportunity to reflect on how much privilege is inherent in some complaints (I hate humble-bragging). No-one really needs to hear them and I’m not contributing much by voicing them. Occasionally, there’s something ridiculously petty that I will post for a bit of light relief (e.g. the fact that Chokitos weren’t on special that day). My hesitancy to post complaints is less about  wanting to be 24/7 positive (no, thank you, to toxic positivity) and more about not wanting to bore or irritate people. Not posting my often trivial complaints is not me trying to cultivate a polished or ‘perfect’ persona.

I share difficulties I might be having (hello, #AlbatrossPaper!) and insecure, imposter feelings along the way. One set of things I am extremely careful about sharing is local work politics – the whys and wherefores of this could be a whole post I can’t write. Basically, I wouldn’t disclose certain things to general acquaintances face-to-face so I wouldn’t post them to Twitter either. It’s a judgement call around confidentiality and integrity when dealing with internal communications and relationships.

There’s also the common instance of just having a bad day and going on a big tear about something that you may then regret. In the 12 or so years I’ve used Twitter, I’ve only deleted posted tweets 3 or 4 times, and those instances were because the tweets contained wrong information and I then posted corrected versions. The number of drafted tweets I’ve deleted, however, are too numerous to say – my habit of overthinking serves me well when it comes to being (mostly) deliberate and thoughtful about what I post.

I don’t swear much in general so taking that aspect to the socials is not a biggie for me. Most of the time, I don’t have to make a deliberate choice not to swear. When I do swear on Twitter, it’s usually via dramatic abbreviations, and usually because of something the federal government has done. Many academic colleagues on Twitter swear judiciously, and only occasionally do I see folks go on huge sweary rants (which can be both justified and hilarious). All this to say: I don’t tend to swear on Twitter because I don’t tend to swear in person – it’s not because I’m intent on creating a ‘professional’ non-sweary presence.

NON-SOCIAL-MEDIA FRIENDS’ OR FAMILY’S PICS OR NAMES. OR, INDEED, PHOTOS OF MYSELF (SO THIS POST’S IMAGE IS QUITE THE ANOMALY).

I never post photos of friends or family who are not otherwise happily on public social media. My sister, for example, is on Twitter and I wouldn’t have hesitations about posting a photo of me and her (except that she’s way cooler than me and might make me look bad). I talk about my family on Twitter but not by name. These days, I usually also check with my kids before I tell stories about them or recount something they’ve said. The critters at home, however, are all fair game when it comes to featuring on my Twitter stream – #KingRoop and #TimTamPup FTW!