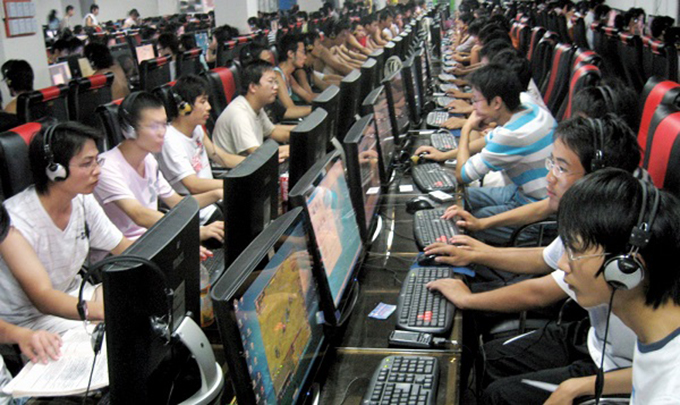 Intelligence is a tough thing to measure. We have all sorts of tests, and all of them are subject to various criticisms, many valid. Despite this, it’s clear the tests are at least a little reliable, because one ethnic group consistently comes out on top: Asians (statistically, which means very little when addressing a specific individual).

It’s no secret that the status of the Social Justice Warrior has dropped a bit in the last six months. Despite their deep self-righteousness and assertions of well-meaning, they’re often held in disdain. This disdain is returned, of course,  and we’re told ad nauseam how people that don’t like SJWs are rednecks, hicks, fascists, Nazis, or, of course, deplorable.

The Chinese, of course, can hardly be called rednecks or Nazis, and they even adopted communism, the favored ideology of the SJW. And, they’re smart. So what do they think of the beliefs of the SJW?

They have a word for the SJW, bai zuo (literally, “white left”). To be sure, they’re talking about the SJWs with this expression:

baizuo is used generally to describe those who “only care about topics such as immigration, minorities, LGBT and the environment” and “have no sense of real problems in the real world”; they are hypocritical humanitarians who advocate for peace and equality only to “satisfy their own feeling of moral superiority”; they are “obsessed with political correctness” to the extent that they “tolerate backwards Islamic values for the sake of multiculturalism”; they believe in the welfare state that “benefits only the idle and the free riders”; they are the “ignorant and arrogant westerners” who “pity the rest of the world and think they are saviours”.

While there’s no assertion of insanity in the above, it’s a fairly close description to what a deplorable would call a SJW. What’s interesting here, is this loathing comes from Chinese who have no actual personal experience with SJWs. Yet, they still can formulate a strong opinion.

For quite some time, the US higher education system has had, especially at the graduate level, a high number of Chinese students. While not true today, the US higher education system used to be the best in the world, and we still have that momentum which causes wealthy Chinese to send their kids here to study. For a while, we worried about “the Chinese problem,” wherein China sends so many students here that it overwhelms our system. Luckily (?), our leaders in higher ed have corrupted and debased higher education to the point that there’s little risk of that anymore.

Anyway, the Chinese higher education system is now getting the good reputation, and they’ve opened their borders enough to accept foreign students onto their campuses. This is a big deal—as a visitor to China, I assure you a  non-Chinese person really, really, stands out in a way that someone born and raised in America can’t readily appreciate. In any event, Chinese universities that quite literally have never had a non-Chinese student on campus now are getting “foreigners” in numbers. This provides a unique opportunity to see the ideas of social justice in action.

A white professor at one of these “newly integrated” universities in China is in a unique position to observe how this is working out:

I’m particularly well positioned because my university has an especially large number of students from Pakistan and sub-Saharan Africa. As one of the few white people in my province, I am able to witness interactions between these diverse racial groups who have rarely, if ever, come into contact before they went to college. Some of my students have told me I’m the first white person they’ve ever seen, and almost all say the African students are their first blacks.

It’s not so rare for have white professors in Chinese universities. Due to the massive glut of Ph.D.s in America, we have lots of scholars looking for work, and there’s great demand for English teachers in China, whatever their doctorate may be in (I myself have even considered it).

He may be an English teacher, but he’s a scholar, and thus knows to have a nuanced view of things:

I have around 200 students every semester, and about 90 percent are girls. This has something to do with the way the system approves students for certain areas of study, and a lot more girls than boys end up in my English classes. In a class of 30, it’s not uncommon to have no male students. As a result, I am far more familiar with the girls’ perspectives than with the boys’.  The average age of these girls is 19-21, so they are fresh enough not to have fixed views about race, but old enough to want to explore the question.

So, the professor breaks views down by gender, and has some fascinating insights (although I’m so jealous that his classes only contain 30 students…). So what do his female students say?

When I ask my students what they think of black people, they express mixed results depending on sex. The girls often react with disgust, revulsion, or pity…
The girls’ disgust is often combined with fear, and they associate blacks with crime…

Part of why the SJW is hated in the US is because of their blatant lies, lies in obvious contradiction with truths most people can see with their own eyes, in addition to their willingness to use violence to silence any who dare speak truth.

The professor’s university also takes students from Pakistan, a largely Muslim country. How’s that working out?

The Pakistani boys have mixed results. Some of them are successful, but if they are too traditional in their Islamic behavior, the Chinese girls reject them.

Obviously, dating is a big deal for Chinese females. With different priorities, the Chinese males have a different view of African students:

The opinions of Chinese boys about black people are almost exactly the opposite of the girls. To understand this difference you must understand how important basketball has become in China within the last few years.

Chinese universities don’t have the corruption and foolishness of official sportsball teams, but they do have courts and such for the students. I do hope they don’t make the mistake of going the route of having school teams. They probably won’t, though if they do, I suspect it’ll be little different than the U.S., with sportsball players completely isolated from the “normal” students. In this case, it’ll be even more clear that the sportsball players are not even remotely related to the actual students on campus.

Dating is still a factor to the boys, of course, and their views are as insular as anyone familiar with Chinese culture would expect:

However, Chinese boys are not attracted to black women and would never think of marrying one. I was once in a group discussion in which it was jokingly suggested China should invade Africa to acquire women to fill the sex gap plaguing China (thirty million Chinese boys have no girl to marry). One of the Chinese men in the group looked perplexed, and said: “But there are no women in Africa for us to marry; there are only dark-skinned people there.”

What’s most interesting about these views is the students are not getting this message through the official Chinese government schooling. One might suspect as much, as these students do get some of their views from government school (much like in the U.S.):

Despite their obviously low opinion of blacks, when I ask my students whether blacks are as intelligent as whites and Asians, they almost universally reply, “Yes.” This is because of their [Chinese] schooling…

Now, obviously, when a child learns something in school from a government official, it’s generally taken as fact (there’s a reason government wants control of your children, after all). But, at some point, a child grows and is exposed to the real world and, well, reality sets in:

I often get interesting reactions when I explain the actual IQ scores for each race. My students’ first reaction is laughingly to celebrate the Asian results: “Ha! We’re smarter than white people!” After we joke about this, I ask them what they think about blacks being so far below whites and Asians. Almost without exception, they cite the arguments made by the American Left: “It’s because of white racism,” “It’s because of European colonialism,” “It’s because they have bad nutrition,” or “It’s because they don’t have proper education.”

Hey, there are some issues with racism on intelligence tests, and absolutely “intelligence” is a vague concept even on a good day…but it’s funny to hear the Chinese students recite the same things our kids recite. Funny, but no accident.

But, again, propaganda is one thing, reality is another:

My race-realist perspective is almost always vindicated when my students travel to America with foreign work programs. One of my students worked in Ohio over the summer. When he returned, I met him in a tea shop and asked him what he thought of America. The first thing out of his mouth was: “The black people . . . they’re so . . . dangerous.” I got a similar unprovoked reaction while I was sitting at a gate in the Shanghai airport. A complete stranger was returning from Massachusetts and suddenly delivered a rant about how blacks were brutish and weird.

When African students began arriving at my university in higher numbers last year, the Pakistani and Chinese students were initially excited about getting to know them. I watched the excitement turn to confusion and disgust.

Now anecdotes like the above are essentially meaningless. Some things, some people need to see with their own eyes. On the other hand, for the sufficiently intelligent, reviewing data and considering empirical evidence can help:

One of my Chinese friends couldn’t believe there was evidence for blacks having lower IQs and higher crime rates than whites and Asians. I pulled up Jared Taylor’s American Renaissance video “Race Differences in Intelligence” on YouTube and let her watch. I then showed her videos of the Ferguson riots, flash mobs carried out by “youths,” and videos of the knockout game. Her perspective changed in a single evening. She was shocked, and told me her whole perception of America and race relations had changed. She’s been “red-pilled” ever since.

Now, I’ve quoted lots of “unpopular” things from the article above (and left a few things out that are just too dangerous for me to even quote), things that would easily cost a person his job if he dared say them in the United States. As always, one must review the comments section to see how well the ideas fly. None of the comments dispute what’s being said above, none of them are particularly critical, and most are in agreement.

On the other hand, when I look at an article that says the things SJWs say are politically correct to say, the comments—the few articles that even allow them—consistently have people laughing at how ridiculous the ideas are.