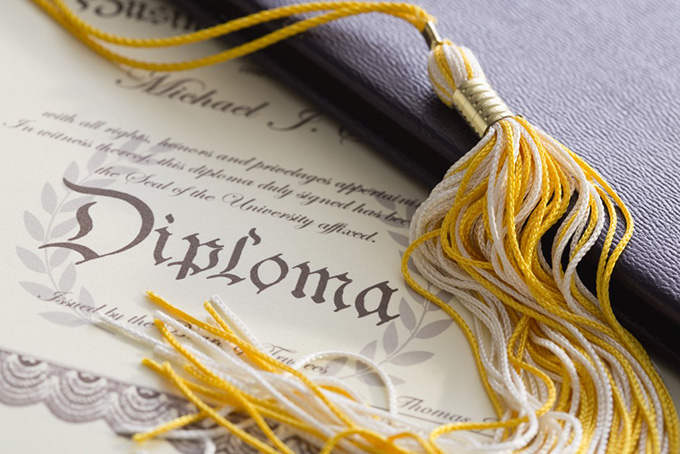 I want to talk more about this huge Senate report on for-profit schools, particularly this key line:

However, over the past 10 years the United States has lost the place it once held as the world’s preeminent provider of higher education. Once first in the world in percentage of people with a college degree, the United States now ranks 11th.

I urge the reader to consider that last sentence carefully. Within a decade, we have fallen from first to 11th. This has happened

Why are so few asking questions about this?

Higher education is not a pro-sports team, where dropping from first place one year to something lower the next year is fairly common. The United States is a pretty relevant country on this planet, and the U.S. higher education system was the top system on the planet, for much of the 20th century.

And, it’s over, by a hefty margin.

We’re now 11th, as our own government acknowledges, and that’s with a massive growth in our higher education system on all levels (except faculty, whose pay and numbers are comparatively flat). That’s quite a drop, and it’s fair to ask “What happened?” The Senate, of course, doesn’t ask, but key to our horrible failure here is the student loan scam. This report is on the for-profit schools ripping us off wholesale, but the Senate never considers simply getting rid of government supported student loans. No student loans means no (or at least far fewer) for-profit schools.

The report fails to ask the question of “What happened?” and fails to even understand the many implications of the student loan scam. The report simply does not understand at all:

“…demand for higher education has outpaced the ability of the existing network of public and non-profit colleges to provide sufficient capacity.”

Anyone who wants can get a fine education. We have this thing called “the internet,” which contains huge amount of information, for an extremely low price. We have libraries, and through interlibrary loan (a wonderful thing, at least from a scholar’s point of view) you can get nearly every piece of information that isn’t on the internet, for very little money, and often free.

If you want a “college education,” this too is easy. Every institution will happily provide the entire course list for every degree, will happily provide the syllabus for every course in every degree, most institutions put their syllabi and texts online, you don’t even have to ask. Not-so-legal PDFs of most textbooks can be purchased cheaply, and “old” editions of texts from a couple years ago are inexpensive and legal as well.

I’m not saying I’m not of some use as a professor and lecturer. It might be a little harder to learn on your own, but at some point an educated person will gain the ability to read a book all by himself anyway. Higher education today seems to delay that point, but this is a distraction: if demand were so high for higher education, people would do it themselves for almost no money.

The government set up the student loan scam, and said that any school that was officially accredited could tap into student loans.

Accreditation was never intended to be a gatekeeper for billions upon billions of student loan loot, and was quickly subverted. Accreditors opened the floodgates. Almost no school that applies for accreditation is turned down, and as the endless scandals I’ve documented in this blog can attest, no school loses accreditation no matter how outlandish the violation.

While for the most part the report ignores accreditation’s role in all this, they at least point out the main problem with accreditation:

The self-reporting and peer-review nature of the accreditation process exposes it to manipulation by companies that are more concerned with their bottom line than with academic quality and improvement.

The gentle reader needs to understand the above, for it explains much: schools self-report their own legitimacy. This fundamentally explains why massive academic scandals can run for a long time at even major schools (Hi UNC!, Hi Penn State!, Hi Corinthian!, etc, etc, etc) for over a decade…there is nearly no mechanism to expose and correct such frauds. The faculty are almost completely disenfranchised, and can do only a little, at best, to slow down the degradations.

For-profits simply saw the opportunity for incredible plunder. This led to the debasement of education on a wide scale—I don’t blame for-profits for focusing on getting student loan loot over providing education. The latter is hard, after all, while the former just requires suckers to check boxes applying for guaranteed student loans.

Beyond the warping of higher education, the student loan scam also warped the educated. Now, your typical “professor” is a sub-minimum wage, no benefits, no respect drone, scrambling to just barely get by. Granted, your typical community college professor is likewise starving, and many public university teachers are in similar shoes…this is not restricted to the for-profits by any means. Either way, we’ve taken educators right out of education, to be replaced with a for-profit motive.

Maybe the highly educated should be treated this way, but then higher education shouldn’t be so freakin’ expensive.

Undercover observation by the GAO and student complaints reveal that some for-profit schools have curricula that do not challenge students and academic integrity policies that are sometimes not enforced.

I wanted to focus on for-profits, but I really feel the need to point out that quite a few state schools also have curricula that do not challenge students, and most certainly do not enforce academic integrity policies. I again cite a study showing that our community colleges regularly engage in the same level of fraud as the for-profits. The huge difference here is the GAO doesn’t check up on community colleges any more than accreditation does, so they can get away with it far more easily, shamelessly self-reporting their purity while filled with putrefaction.

Yes, the CEOs at for-profits are looting more quickly, but shouldn’t we be asking what, exactly, the Poo Bahs at the public/non-profit schools are doing to merit such insane pay? I mean, the for-profit CEOs really do have to work to scrape up suckers to get into their schools, and they have to actually put up campuses and such, while the State U Poo Bahs get a free campus, massive tax support, and an incredible stream of incoming students via the local public school system.

Questions need to be asked here.

The report never figures out the key problem in higher education today, even as the issue stands up and waves at them:

the tuition fees and other academic charges bear no relationship to the cost of providing the education.

Everyone who follows the money in higher education realizes only a small percentage, at best, of the money spent on education is going to education costs. The for-profits may well yield the money to the CEO and investors, while the other schools spend the money on luxurious benefits and huge salaries for a freakish large administrative caste (and let’s not forget the coach’s salary).

The whole report is chapter after chapter damning for-profits…and yet our senate does nothing. One little footnote in the report bears comment, as the Senate blows it again:

1For-profit executives frequently point to the fact that community colleges and other public universities receive large subsidies from State and local governments without necessarily producing better student outcomes. While this is true, were community colleges or other public universities to find themselves with 15 to 38 percent annual surpluses (the profit range of publicly traded for-profit companies) they would likely reinvest in better services and student success.

As I’ve pointed out many times, most every accusation of for-profits applies to community colleges as well—the student outcomes there are very consistently miserable, with sub-1% passing rates common enough.

The report says that if community colleges had surpluses, they’d spend it on students. Rubbish on both counts: there are no surpluses, and the money wouldn’t go to education in any event. You want to know why Community Colleges don’t have the surpluses? Because, administratively speaking, you must spend every penny you have in your budget, and then some. If you don’t, your budget is reduced. That’s how every government system works…it’s weird how the Senate doesn’t know this. Every spare penny is re-invested alright, into ridiculous administrative perks.

In the past, educators had control of higher education, and so surpluses were indeed spent on education (or invested to support future education, which is why our top tier private schools have massive endowments now)…but those days are quite over, it seems.