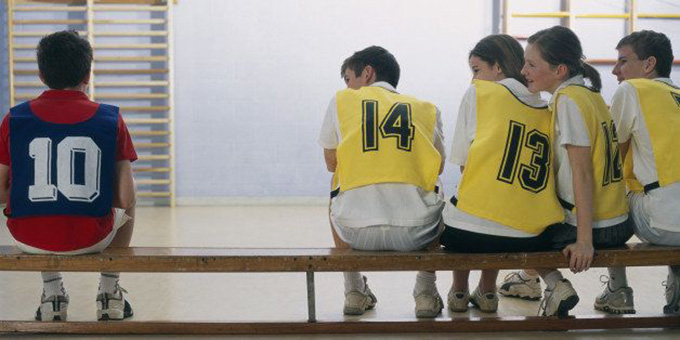 It is a cliché of cinema that is still based on reality: many of us can remember traumatic situations, either as victims or as witnesses, during Physical Education class at school or high school.

Unfortunately, many students experience this subject as one of the least safe and comfortable situations of their childhood and adolescence because they suffered humiliation, ridicule, nicknames, and increased their complexes and insecurities.

Insults and teasing that began in a timely manner during Physical Education class or in a sports environment, but that over time could turn into frequent and prolonged bullying that was transmitted to the extracurricular context and, nowadays, to the virtual one.

In a context in which cases of bullying and cyberbullying are very high (in Spain, 25% of primary and secondary students have been victims, bullies, or witnesses to these attacks), the subject of Physical Education or, in a More generally, sports are breeding grounds in which the incidence is higher.

The 2021 CASES (Child Abuse in Sport European Statistics) report highlights that in all the countries in which it was investigated (Austria, Belgium, Germany, Romania, Spain and the United Kingdom) 75% of young people had suffered interpersonal violence in the workplace. sports practice during his childhood. In Spain this percentage was 78%.

The same report indicates that the most common negative experience in all countries was psychological violence, with its consequent repercussions on mental health. Even within the field of recreational, non-competitive sport, this percentage is 68%.

There are risk factors that increase the probability of suffering bullying: dissatisfaction with one’s own body , problems with body image, lack of physical competence, excessive competitiveness of some students, overweight and obesity , or physical inactivity. These are factors that generate insecurities and capture the attention of those young people who assume the role of aggressors, focusing on those characteristics that can generate vulnerability.

At the same time, it is known that the subject of Physical Education and sports practice have a fundamental role in mediating and reducing violent behavior, promoting prosocial behavior, the personal and social development of young people and improving the classroom climate.

The very idiosyncrasy of Physical Education facilitates greater interaction between students, establishing greater contact and relationship between them. This means that, depending on the orientation and involvement that one has, its practice can take two paths: on the one hand, it increases the probability of suffering behaviors of isolation, rejection, aggression and coexistence problems; and on the other, to improve the prosocial behavior of students, favoring group cohesion.

Taking into account the predisposition of this subject to be the object of situations of violence between equals, the training of those responsible is of special relevance.

It is essential that Physical Education teachers and sports coaches promote and have the necessary tools to prevent behaviors of these characteristics, since this area of ​​motor and sports education is considered an ideal means to reduce and eradicate violence both in the classroom as outside of it, developing group cohesion, prosocial attitudes and an improvement in coexistence.

What is being a ‘good sportsman’?

Sports practice should not focus exclusively on physical competition, but must also specifically address social skills as a way to avoid rejection and victimization among peers.

The active integration by teachers or sports coaches of cooperative games or activities of expression, awareness and body limitation allows addressing this problem and preventing cases of bullying and cyberbullying, improving the quality of social relationships from an early age.

Accept and protect for a fairer society

Undoubtedly, public institutions and universities must address the initial and continuing training of professionals. We must investigate to give guidelines based on scientific evidence and, in this way, better address the prevention and intervention of this problem.

This effort will promote a fairer society, which protects the vulnerable population and promotes a better coexistence among all students, which will benefit and have an impact on their future behavior in adulthood.

Author Bios: Mercedes Chicote-Blessed is a Predoctoral Researcher and Sixto González-Víllora is a University Professor in Didactics of Physical Education and Sports Pedagogy both at the University of Castilla-La Mancha