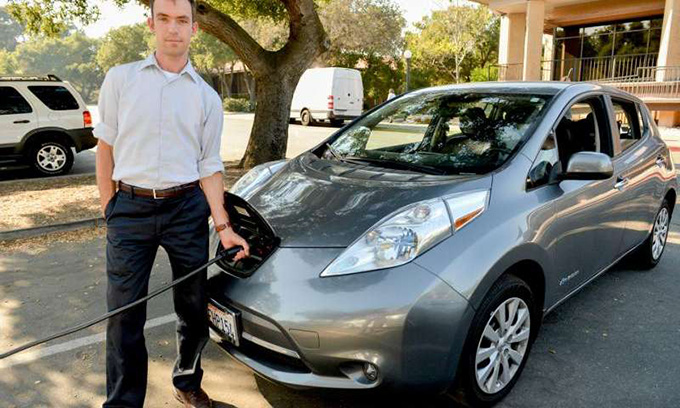 Low energy efficiency is already a major problem for petrol and diesel vehicles. Typically, only 20% of the overall well-to-wheel energy is actually used to power these vehicles. The other 80% is lost through oil extraction, refinement, transport, evaporation, and engine heat. This low energy efficiency is the primary reason why fossil fuel vehicles are emissions-intensive, and relatively expensive to run.

With this in mind, we set out to understand the energy efficiency of electric and hydrogen vehicles as part of a recent paper published in the Air Quality and Climate Change Journal.

Based on a wide scan of studies globally, we found that battery electric vehicles have significantly lower energy losses compared to other vehicle technologies. Interestingly, however, the well-to-wheel losses of hydrogen fuel cell vehicles were found to be almost as high as fossil fuel vehicles. 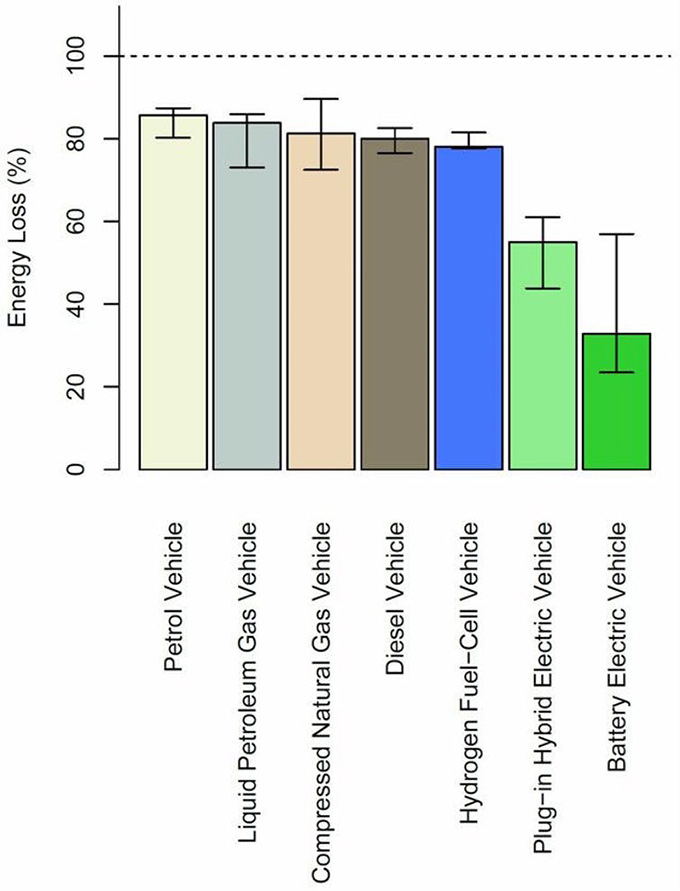 At first, this significant efficiency difference may seem surprising, given the recent attention on using hydrogen for transport.

While most hydrogen today (and for the foreseeable future) is produced from fossil fuels, a zero-emission pathway is possible if renewable energy is used to:

Herein lies one of the significant challenges in harnessing hydrogen for transport: there are many more steps in the energy life cycle process, compared with the simpler, direct use of electricity in battery electric vehicles.

Each step in the process incurs an energy penalty, and therefore an efficiency loss. The sum of these losses ultimately explains why hydrogen fuel cell vehicles, on average, require three to four times more energy than battery electric vehicles, per kilometre travelled.

But if this same fleet was converted to run on hydrogen, it would need more than four times the electricity: roughly 157 TWh a year. This would entail a 63% increase in national electricity generation.

A recent Infrastructure Victoria report reached a similar conclusion. It calculated that a full transition to hydrogen in 2046 – for both light and heavy vehicles – would require 64 TWh of electricity, the equivalent of a 147% increase in Victoria’s annual electricity consumption. Battery electric vehicles, meanwhile, would require roughly one third the amount (22 TWh).

Some may argue that energy efficiency will no longer be important in the future given some forecasts suggest Australia could reach 100% renewable energy as soon as the 2030s. While the current political climate suggests this will be challenging, even as the transition occurs, there will be competing demands for renewable energy between sectors, stressing the continuing importance of energy efficiency.

It should also be recognised that higher energy requirements translate to higher energy prices. Even if hydrogen reached price parity with petrol or diesel in the future, electric vehicles would remain 70-90% cheaper to run, because of their higher energy efficiency. This would save the average Australian household more than A$2,000 per year.

Pragmatic plan for the future

Despite the clear energy efficiency advantages of electric vehicles over hydrogen vehicles, the truth is there is no silver bullet. Both technologies face differing challenges in terms of infrastructure, consumer acceptance, grid impacts, technology maturity and reliability, and driving range (the volume needed for sufficient hydrogen compared with the battery energy density for electric vehicles).

Battery electric vehicles are not yet a suitable replacement for every vehicle on our roads. But based on the technology available today, it is clear that a significant proportion of the current fleet could transition to be battery electric, including many cars, buses, and short-haul trucks.

Such a transition represents a sensible, robust and cost-efficient approach for delivering the significant transport emission reductions required within the short time frames outlined by the Intergovernmental Panel on Climate Change’s recent report on restraining global warming to 1.5℃, while also reducing transport costs.

Together with other energy-efficient technologies, such as the direct export of renewable electricity overseas, battery electric vehicles will ensure that the renewable energy we generate over the coming decades is used to reduce the greatest amount of emissions, as quickly as possible.

Meanwhile, research should continue into energy efficient options for long-distance trucks, shipping and aircraft, as well as the broader role for both hydrogen and electrification in reducing emissions across other sectors of the economy.

With the Federal Senate Select Committee on Electric Vehicles set to deliver its final report on December 4, let’s hope the continuing importance of energy efficiency in transport has not been forgotten.

Author Bios: Jake Whitehead is a Research Fellow, Robin Smit is an Adjunct Professor and Simon Washington is a Professor and Head of School of Civil Engineering all at The University of Queensland