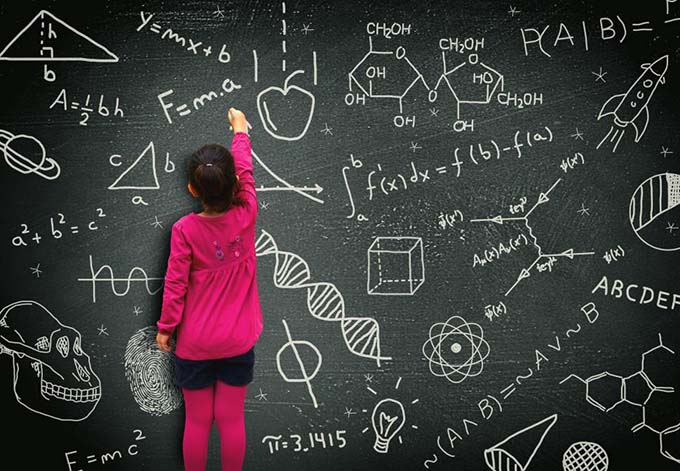 Last August, Finance Minister Sri Mulyani stated that the opportunity for schools for women and men in Indonesia was almost equal.

But gender equality has fallen by 50% when women enter the workforce because of gender bias in various occupations, so that only 30% of women work in the fields of science, technology and mathematics. In addition, the role of women as mothers and wives is allegedly a barrier to achieving high careers.

Therefore, it is important for the government to reduce gender bias so that girls in this country are able to reach their goals in various fields. The problem is, as Sri Mulyani said, citing the World Economic Forum Report 2017 , on a global scale, to solve the problem of gender inequality takes almost 200 years.

Small step by step, especially through policy intervention, must be done to minimize the gap in gender inequality in the field of science.

For hundreds of years, science was seen as a male and masculine field. It was only in the 1990s that details of gender inequality in science and technology in the world, including in Indonesia, were revealed after the World Conference on Women in Beijing (1995) , the publication of the UNESCO World Science Report (1996) and the World Conference on Science in Budapest (1999) .

Gender inequality also received attention from the World Economic Forum (WEF) which regularly published indicators of gender inequality in the world. The results of the WEF Global Gender Inequality Survey in 2012-2016 against Indonesia (a total of 144 countries) showed Indonesia’s position in all indicators slightly increased from 92nd ranking in 2015 to 88th in 2016. Indonesia’s ranking was below Thailand (71), Vietnam (65), Singapore (56), Laos (43) and the Philippines (7) and above India (87) and China (99).

The gap began to be seen from education participation between sexes, the average length of schooling from elementary to high school girls was lower (7.84 years) than boys (8.35 years).

This is possible due to economic pressures that have led to the high demands of girls to work or get married at an early age which has an impact on school dropouts. At the tertiary level, women tend to choose fewer fields of STEM (Science, Technology, Engineering, and Mathemathics), and not necessarily a career in science and technology.

The small number of women career as a researcher starts from the stage of doctoral education (PhD) and continues at the level of work organization with controversy which is often described as a ” leaky pipeline “. This term refers to many women leaving their careers, mostly in the STEM field to move to other fields. This happens because of discrimination or policies that do not support women, such as the lack of flexibility when working as a researcher.

Gender disparities as science and technology actors in Indonesia also occur in industrial research and development institutions. Women researchers in the manufacturing industry are less than 35% . The highest number of women in the manufacturing sector works as support staff or administrative personnel.

Although science and technology have offered many opportunities for women and men, the reality shows that women’s participation is still lower than that of men in the fields of engineering, science and technology. The next impact of low participation is the loss of opportunities to play a central role in social and economic development. This difference arises from cultural engineering resulting from centuries of historical and social practices.

Government efforts to minimize gender disparities have been carried out through presidential instruction for gender mainstreaming in national development since 2000. At the global level, attention to gender issues also surfaced, among others in the Sustainable Development Goals program , achieving gender equality and empowering all women adults and girls are the number 5 goals of SDGs for more than 190 countries.

Various studies and studies state that a number of factors contribute to the difficulty of realizing justice and gender equality, such as the lack of educational attainment of women, poverty factors, unfavorable culture and lack of government policy support related to women’s involvement in science and technology .

Government policy in the field of science and technology does not explicitly discriminate against women, but the practice of women is hampered from carrying out their work as researchers. The dualism of the role of wife or mother and researcher, not conducive to the work environment, the lack of supporting facilities for the needs of women, such as lactation rooms and child care centers, is also a serious obstacle to the realization of gender equality.

Another policy that has not been supported is the policy of giving S2 scholarships with a maximum age of 35 years and S3 scholarships with a maximum age of 45 years, for both men and women. This policy is not in accordance with the conditions of women working in the science and technology sector such as R & D institutions. There are periods of childbirth and caring for children, especially if there are more than one child, which takes up the time of women under the age of 40.

Gender inequality in the economic sector is reflected in women’s lower income than men, which is around IDR 8.5 million compared to IDR 14 million per capita in a year. This is due to gender segregation of work in the Indonesian labor market. Women have not been able to enter all existing jobs.

Representation of women as decision makers at the executive and legislative level is still very minimal. This is thought to result in the birth of policies and administrative actions that are not gender sensitive.

Then how to solve the gap?

One solution to the exit from gender inequality recommended by the United Nations Committee on the Elimination of Discrimination against Women (CEDAW) includes temporary affirmations. Also the obligation to change the patterns of male and female socio-cultural behavior, remove prejudices, habits and all other practices that are based on the inferiority or superiority of one sex or based on male and female stereotypical roles.

The government plays an important role in carrying out these intervention strategies, including mainstreaming gender, reorganizing gender responsive institutions and governance. It also provides sex-disaggregated data by equipping data centers and indicators with a gender perspective. In addition, studies and research related to gender are needed in the science and technology sector and disseminate it.

Justice and gender equality can be realized if gender mainstreaming is carried out through mutual respect and mutual support among all components in society, government and non-government, central and regional governments, and professional organizations and expertise.

Author Bio: Wati Hermawati is a Researcher at the Indonesian Institute of Sciences (LIPI)