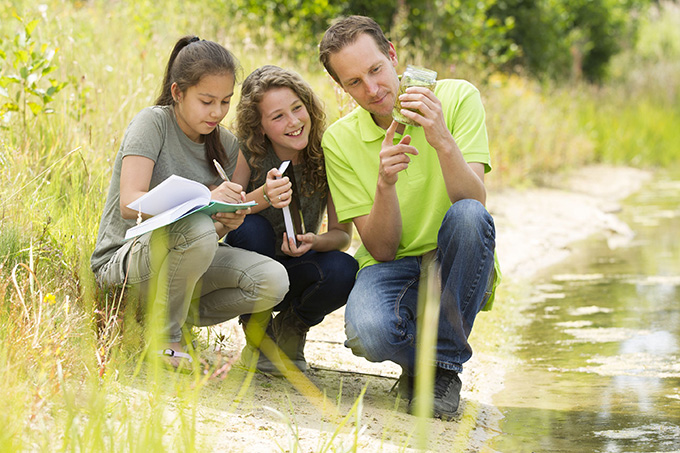 The climate change is, largely due to human activity. It is urgent to take responsibility for our actions and profoundly modify habits of life and consumption. This change can only be made, as the Law on Climate Change and Energy Transition warns , in a global, concerted manner and in a multilateral framework in which public administrations and civil society have to be involved.

In this path, education plays a fundamental role. So much so that the United Nations incorporates it as a specific goal within Sustainable Development Goal number 13, Climate Action . But, for education to display its enormous transformative power, it is necessary to introduce modifications in the current model. The European Green Deal has taken an important step by announcing precisely a new European framework of university competences on climate change and sustainable development.

In Spain, the recent state law on climate change (May 2021), mentioned above, advances in the same line. Specifically, it establishes that universities review the treatment of climate change in the curricula leading to official degrees. The law to guarantee teacher training and to decisively promote research on this matter is not forgotten.

The framework drawn very early by some regional legislators for their respective territories (Catalonia in 2017, Andalusia in 2018 and the Balearic Islands in 2019) is also well known. For example, Andalusian law establishes that “public and private universities in Andalusia shall incorporate official undergraduate and postgraduate degrees into their study plans, content on the causes and effects of climate change, as well as the measures that may be adopted for mitigation and adaptation to climate change ”(art. 25.1).

Other communities are preparing similar initiatives (the Canary Islands, Valencia, the Basque Country …). It is therefore to be expected that within a very short space of time the basic architecture will already be fixed and that it will be possible to advance towards the subsequent stages.

It must also be considered that the new university regulatory framework is currently being designed. Among others, the Draft Organic Law of the University System , a draft royal decree that establishes the organization of official education in the Spanish university system. In fact, the European Union has conditioned the contribution of financing for Spain to the effective approval of this new legal framework.

In addition, the programmatic strategy of the Ministry of Universities establishes as one of its cardinal axes to have a “University committed to social justice and also to ecological transition, both with its contribution to the knowledge and application of knowledge in these areas and in its own practice”.

The strategy underlines the exemplary role of the University: “Campus and university campuses must be prototypes of sustainability.”

For the implementation of these forecasts, basic questions must be addressed, such as, for example, what competencies would make up that lowest common denominator that enables climate literacy to be achieved or how such incorporation should take place.

The truth is that the baseline from which we started is not particularly promising , revealing the need to undertake wide-spectrum studies that allow a fine-tuned X-ray of the reality to be transformed .

Of course, the challenge is enormous given the transversality and holistic nature of climate change and its causes and effects. It is necessary to identify those competences on climate change that all graduates should acquire (what we could call literacy level).

But it will also be necessary to prepare new generations of professionals with sufficient skills and capacities to promote the decarbonization of the economy, the circular economy approach or the change in the energy model.

Conscious and committed citizens to confront with solvency many other problems derived from the climate emergency, such as, for example, deforestation or climate migration.

All this brings us back to the starting square: we must educate to transform. And it must be done without delay. As Albert Camus said in The Plague , “the evil in the world almost always comes from ignorance.”

Author Bio: Ximena Lazo Vitoria is Professor of Administrative Law. Coordinator of the Green Public Purchase Research Group at the University of Alcalá