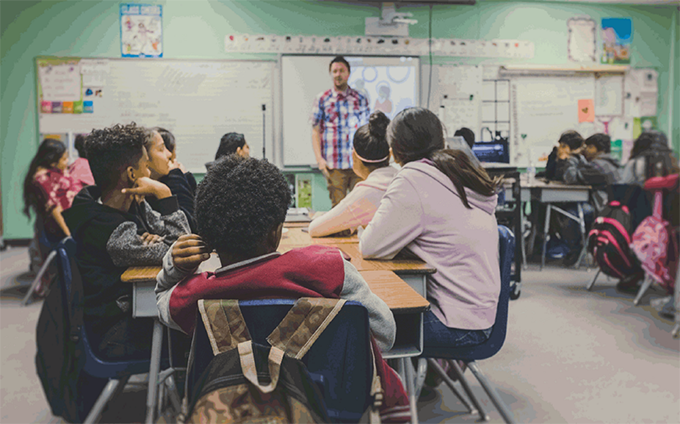 Some parents have been raising concerns about the teaching of critical race theory in public schools in the United States. Recently, these specious claims have been showing up in Canada too. School boards are being questioned for their anti-racism policies and the teaching of CRT to students.

The Waterloo Region Record recently published a story that detailed how Waterloo Region District School Board trustees in Ontario were told by some parents they were concerned their children could “internalize shame and guilt because they’re white.”

A school delegation called “for more transparency about what’s being taught in classrooms on critical race theory and white privilege” and asked education staff to provide a working definition of the terms in relation to “anti-racist lesson plans.”

And last month, a Toronto Star article on Durham Catholic School Board’s “new anti-racism policy” reported that trustees and members of the public had concerns about language such as “white supremacy” and “colonialism.”

The language, they said, “reflected ‘critical race theory,’ an academic concept that contends racism — whether intentional or not — is systemic and embedded in institutions.” The Star reported that this language was removed from the new policy.

What is critical race theory?

Law professor Derrick A. Bell is credited with introducing critical race theory within legal studies in a 1976 article for Yale Law Journal and another in 1980 for the Harvard Law Review.

In those articles, Bell sought to explain how laws and public and institutional policies might, on one hand, offer civic rights protection for individuals, and on the other hand, reproduce and enable racial inequity, racism and discrimination. Other scholars who contributed to the scholarly CRT theoretical framework include Kimberlé Crenshaw.

The theory explores race and racialization and is one of several theoretical frameworks that explains how racism is built into our structures and systems.

In education, CRT explains how notions of fairness, meritocracy, colour-blindness and neutrality are framed through dominant perspectives, and ignore the collective experiences of race and racism that shape the lives of Black, Indigenous and other racialized students.

Canadians see racism as a problem

According to a recent poll, 60 per cent of Canadians see racism as a serious problem facing our country. This is hopeful news. To help us understand and respond to racism, we need a theoretical framework. CRT is not a policy, structure, training program or curriculum. It is a theoretical framework. As a theory, it is not introduced in K-12 schooling.

As a framework, it asks teachers to use equitable approaches to curriculum, policy and structures in schools and school boards. For example, K-12 curriculum that is viewed through a CRT lens provides historical contexts and explains how history informs contemporary social, political, economic, cultural situations and issues.

This curriculum would also include stories written from the perspective of Indigenous, Black and other racialized authors.

Programs and structures like this have long existed in Canada. Examples of this include: affirmative action programs, the Canadian Charter of Rights and Freedoms and the Ontario Human Rights Code.

So why is there such confusion and resistance to these ideas now? Joshua Sealy-Harrington, a critical race scholar at The Lincoln Alexander Law School, told the National Post the “moral panic” around CRT is “a well-funded and well-orchestrated political campaign.”

This moral panic has gained traction among right-wing conservatives in the U.S. and Canada to stall and avert efforts at racial justice in K-12 schooling and higher education.

Critics of CRT say addressing racism in schools creates more division and is itself, an example of racism. They say CRT teaches white students to feel bad about themselves and feel guilty about being white. Instead, they call for “universal” approaches to education that focus on our common humanity.

Indeed, proponents of CRT are also committed to universal applications of rights and to equitable outcomes for all students’ learning, belonging and well-being and takes into account their lived realities.

All students are entitled to experience a classroom environment in which they can build strong relationships with teachers and fellow classmates, take risks with their learning and have their experiences affirmed.

Racism is systemic, not individual

If racism is seen as individual actions and beliefs, then suggesting someone has greater power and privilege in a white body than a Black or brown body may feel threatening. But racism is defined as systemic, and should be understood as structural.

Therefore, feeling threatened when talking about whiteness or white supremacy is not an example of racism.

In our work with educators, we have seen the ways in which delving into issues of race and racism invite students of all racial backgrounds to make sense of the world around them and reflect on their responsibilities in creating more just and humane futures.

Avoiding conversations about race ensures that racism flourishes, creates inhospitable educational contexts and contributes to a deficient learning experience for all students.

We need dialogue that is committed to centring the voices of those who live marginalized and racialized realities and for whom schooling has failed to meet their interests, needs and aspirations. Racism needs to be addressed if we are going to flourish as a society.