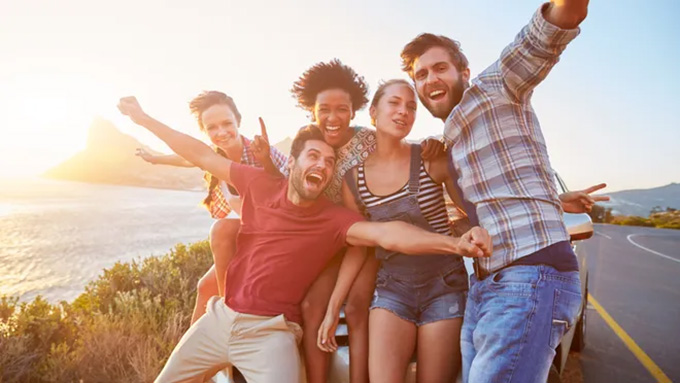 Of all the types of human love, friendship is a chosen love. Unlike others, such as maternity, paternity or affiliation, we choose our friends and, furthermore, we choose to nurture that relationship and maintain it over time. We become friends because we want to.

Talking about friendship is talking about a similar reality, of which we all have personal experience: there are close friends, more occasional friends, and friends to have fun and hang out with.

Philosophers continue to consider valid the Aristotelian distinction of friends by interest, friends by pleasure and friends by character or virtue.

If we focus on the latter, good friends, those without whom no one would want to live, as Aristotle wrote , we are facing a disinterested relationship that seeks itself and implies affection, mutual good wishes and the willingness to seek the good of the other. for your own good.

There are psychological, sociological and even health reasons, or ethical-anthropological reasons, why friendship is useful and profitable. Reasons why it is necessary in human life and why, therefore, it is sought and cultivated.

Psychology shows that it facilitates prosocial behavior , alleviates loneliness , and is crucial in personality development. Research in this field has shown that friends provide subjective well -being because they provide socio-emotional benefits: feeling valued and important to someone, having support and emotional closeness, or enjoying the companionship and intimacy that stem from mutual trust and shared time .

They also reinforce self – esteem , reduce personal vulnerability and are a boost for personal growth .

Friends are direct agents of secondary socialization , and have been linked to health and a happy life, as they provide people with a sense of belonging and give meaning to their lives . Not only do they consider our lives a value in themselves, but they allow us to live another life besides our own.

There are plenty of reasons and motives to look for and make friends. And yet none of these reasons is enough to explain why we become friends with our friends.

Without reason or explanation

Friendship is a free relationship, a voluntary interdependence that has the character of a gift, of a gift. And that is what, in fact, makes it so valuable: that it is not due, that it exceeds the need; friends are made because yes and they are because they want to.

This is also visible when analyzing the emotions that are typical of true friendship. In it there are emotions derived from the relationship (satisfaction of having friends); emotions triggered by the friend but whose objective is the self (attachment, which provides security); and emotions triggered by the other and that also have the other as their objective, that is, emotions that are disinterested and from which it is possible to cultivate friendship.

This last type of emotions are more complex than they seem and have an ambivalent nature. On the one hand, they are altruistic because they report good to the other: for example, forgiving a friend. But, at the same time, the person who forgives can do so in such a way that a free link is established or a link that generates “debt”.

Thus, you can think: “I forgive you and forget about you”, or forgive your friend knowing that “he owes me something”. In the latter case, the self prevails over the good of the friend.

In short, the emotions oriented to the other are ambivalent because they can generate debt or gratuitousness.

For other-oriented emotions to be free, they need to integrate the cognitive-reflexive dimension, from which it is possible to carry out voluntary behaviors.

In this way, the determination to explicitly exclude debt in friendship is a manifestation of freedom, which allows us to observe that in true friendship there is a permanently disinterested feeling that cannot be classified as an emotion oriented towards the other.

We have called this stable feeling bonding feeling . It is about the subjective experience or the feeling born of the free choice to establish a bond of friendship between two people.

This feeling of love in friendship is, therefore, a linking feeling that is not only a response elicited by another, but also the result of a free choice.

That is to say, it can be affirmed that friendship, which begins with an affective predisposition, is fully realized in the search for the good of the friend, which is already a free choice.

Friendship is not explained only with the emotions oriented towards the other, because being free and gratuitous requires the existence of a superior and different affective layer. It always designates an ethically positive reality, according to a logic that goes beyond the “quid pro quo”.

Thus, there may be a thousand convenient reasons why we need friends. But the truth is that friendship is an unnecessary necessity that, as CS Lewis marvelously explained in his work The Four Loves , “has no survival value, but rather is one of those things that give value to existence.”

Author Bio: Ana Romero-Iribas is Professor of Ethics in Education and specialist in Friendship Studies at Rey Juan Carlos University