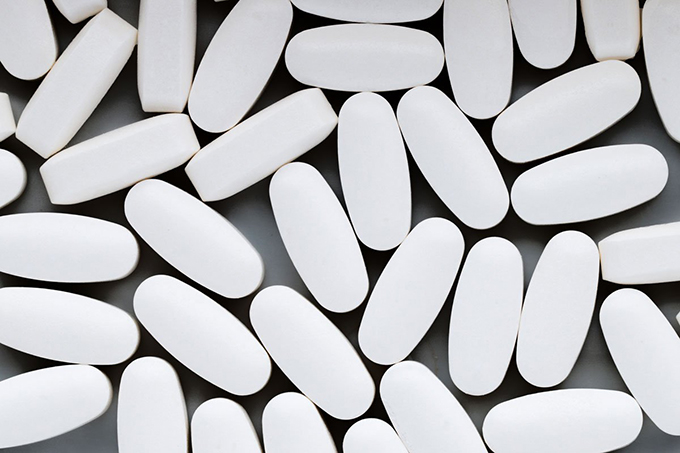 Naltrexone is an opioid antagonist that was initially used to treat opioid and alcohol addiction. Low dose naltrexone (LDN — usually < 5 mg/day) has become popular as an off-label treatment for many autoimmune disorders throughout the past two decades.

Low Dose Naltrexone is a strong antagonist of opioid receptors. LDN is a safe, non-toxic, and inexpensive medication that helps control the dysfunction immune system. It decreases pain, and it combats inflammation. It is used for treating, to autoimmune tumors, autoimmune disorders, chronic pain, and mental health problems.

Low Dose Naltrexone (LDN) acts with the endorphin and immune systems to reduce overall oxidative stress — several mechanisms related to age are targeted. Endorphins are your natural peptides that are formed in many cells that control the growth of cells like your immune cells. Many patients with autoimmune disease tend to have low endorphin levels, met-enkephaline, an essential immunomodulatory factor (OGF), called an opioid growth factor. LDN is an antagonist at the OGF receptors, and a wide variety of cells in the body have OGF receptors. Opioid receptors are on the lymphocytes and in the central and peripheral nervous system, the GI tract. By using LDN you have a brief blockage, producing a rebound effect that gives you more endorphins, like OGF and increased OGF receptor producing. Low dose Naltrexone binds approximately 1 – 1/2 hours to the endorphin receptors, and the blockade lasts about 4 – 6 hours; LDN ‘s effects are pain-relieving and anti-inflammatory. One of the other effects is that it enhances the production of your endorphins.  Naltrexone also inhibits the processing of the opioid hormones that our brain and adrenal glands generate by blocking the opioid receptors: beta-endorphin and metenkephalin. Many body tissues have receptors for enkephalins and endorphins, including nearly every cell inside the body’s immune system.

Why is LDN gaining popularity among longevity enthusiasts?

LDN is the most significant therapeutic breakthrough for more than 50 years. By mobilizing the natural defenses of one’s immune system, it offers a modern, effective, and affordable form of medical treatment. It gains popularity because LDN is a relatively new treatment that is used in several conditions requiring a compromised immune system like Crohn’s Disease, Rheumatoid Arthritis, Colitis, etc. It holds great promise for the millions of people worldwide living with autoimmune diseases or disorders of the central nervous system or facing deadly cancer and side-effect-free HIV / AIDS treatment.

Its main effects that improve longevity are

In 1984, the US FDA approved naltrexone for the treatment of opioid addiction, which was used at a normal dosage of 50 mg to 100 mg a day. It is a pure antagonist on different opioid receptors, Delta Kappa, Mu, and Opioid Growth Factor (OGF).

FDA-approved naltrexone will simplify the immune system at a low dose — supporting people with HIV / AIDS, cancer, autoimmune diseases, and central nervous system disorders. All doctors agree that the safe use of an already FDA-approved drug, such as naltrexone, off-label is perfectly ethical and legal.

Is it having a narcotic effect?

Low Dose Naltrexone is a competitive antagonist of opioid receptors. At the regular dosage, naltrexone inhibits all endorphin opioids.  LDN is a pure antagonist, important to know as many people believe it is a controlled narcotic drug or opioid. LDN is a pure inhibitor, thus the narcotic effect is not present. The chemical structure is remarkably similar to the endorphins that we produce naturally called met-enkephalin, also known as OGF or Opioid Growth Factor.

LDN Practically no side effects. Occasionally, patients can complain of some difficulties sleeping within the first week of using LDN. After the first week, that rarely persists. If it does, the nightly dose can be reduced from 4.5 mg to 3 mg.

LDN can help with variety of issues and has minimal side effects. LDN is a safe, inexpensive, effective drug, and you can buy LDN online. LDN patients have a better quality of life, and many tell that they don’t get sick as much as they do because LDN affects a variety of aging hallmarks and correct many autoimmune disorders safely.