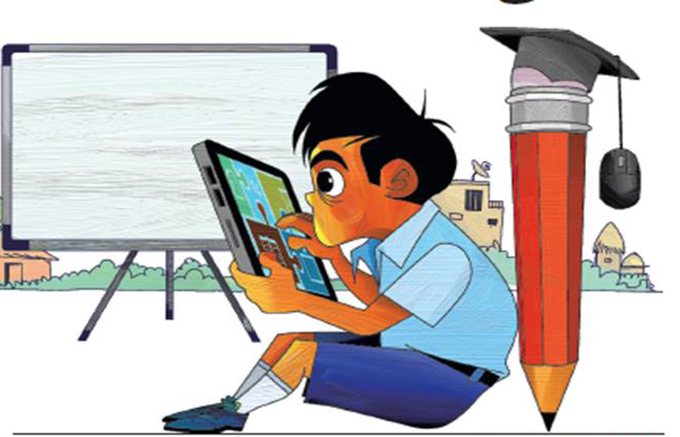 Imagine that in recent months, with the pandemic in full swing, we would have been in a world without computing. A world without the possibility of teleworking , without online schools or apps to follow the evolution of the pandemic . A disturbing idea, right?

Without reaching an emergency situation, remember the normality of before the pandemic (or that normality to which we want to return) and think about how many everyday things depend on computers.

From the mobile that wakes you up and where you check the weather forecast (made from data processed by computers) and where you read the news in the digital edition of a newspaper, starting with your work at home (if you telework thanks to having a computer connected to the internet), or if you go to work by public transport ( the arrival time of your bus is checked in an app or if there are public bicycles available) or in a private car, with hundreds of chips that control security and checking the clearest path on your GPS.

Surely he would end the day at bedtime, after having watched an episode of his favorite series ( recommended by a smart system ) using television on demand. Computing is no longer the future, it has been the present for a long time.

Europe is aware that one of the axes of the economic recovery after the pandemic is investing in digital strategy . On the continent, there is a need for more computer specialists (basically, male and female engineers).

For example, in 2017 53% of European companies that wanted to hire IT professionals reported that these positions were very difficult to fill . But a number that worries more is that, in 2020, 42% of the European population did not have basic digital skills , which has been demonstrated in this pandemic that we have suffered.

Spain is a country with a low level of digitization . The government plans to invest 70,000 million euros in the Agenda that will be called Spain Digital 2025 to promote the country’s digital transformation process, in line with the digital strategy of the European Union.

One of the axes on which action should be taken is in the education of the population, since the 21st century is seeing the birth of a new phenomenon: digital illiteracy. Knowing how to function in a computerized environment is as important today as knowing how to read and write. And this new illiteracy must be fought from the school.

In order to know the role of training, some concepts must first be clarified, sometimes confused and mixed.

On the one hand, we need to have basic knowledge such as knowing how to handle an email reader, a spreadsheet or a text editor, among others. These skills are often called “digital competence” ( Digital Literacy ) and are essential in the XXI century, but not enough for a competitive society like today, especially for certain professions.

Each profession solves a type of problem and most problems admit of many ways of being solved, but not all solutions can be implemented on a computer.

With the same principles, Denning places more emphasis on the knowledge of computer science (programming, hardware , networks, databases …) necessary to develop these ideas. This double vision (way of thinking and knowledge of the basics of computing) is often called “computing competence”.

Any professional of the future must master both digital and computer skills. Make no mistake: an important part of emerging technology (Artificial Intelligence, Internet of Things, Big Data , robotics, among others) is computer science, but it is aimed at solving real problems.

A massive data processing system is not designed just for the pleasure of having it, but to serve to solve problems, such as the evolution of the COVID-19 pandemic. And for this, we need computer engineers and engineers, but also professionals in virology, pharmacy, mathematics and statistics (and surely we will leave many of us), working in multidisciplinary teams .

These expert people must master computer skills to imagine new ways of doing things, because it is not about doing what we always do but with a computer (that would be “digitization”), but about rethinking what we do to take advantage of what computing can contribute, in what is called digital transformation .

To be innovative and creative in imagining a novel solution that requires computing, teams must be made up of professionals in their fields who know what computing can contribute. Then the computer engineering professionals will be in charge of developing robust, reliable and optimal products.

Is the Spanish school ready for this challenge?

In a word: no. In many cases, digital competence is simply achieved. Knowing how to use a word processor does not make us prepared for today’s world.

A new generation ready for digital transformation will not be achieved until every professional masters computer literacy. For this, it is necessary to incorporate independent and compulsory computer science subjects into the curriculum, both in primary and secondary education.

Some countries such as the United Kingdom have already incorporated it into their curriculum and various European countries are working on it .

The need for a specific subject

Are your own computer science subjects really necessary? Isn’t it a transversal knowledge? To make a simile, not having separate subjects would be like wanting students to know how to read and write (transversal knowledge) without compulsory subjects of Language and Literature: without a doubt, the rudiments would be learned, but not the bases of the language and what it can contribute. We would stop being illiterate to become semi-literate.

There have already been proposals guiding how these subjects could be designed . The main problem is that it will require time and resources, so you have to start working on answering two questions: where do we find space in the curriculum for these subjects? and who will impart them?

The space in the curriculum should come out of a more ambitious project: its rationalization. The complexity of today’s world requires the acquisition of more and more skills, but it is difficult to increase the time spent learning in compulsory education.

What do you need to learn today?

We cannot limit ourselves to adding more and more things to the curriculum, but we must rationalize it with one question in mind: is what is learned really adequate for the citizens of the 21st century? After all, knowledge has been eliminated over the years (such as the famous list of the Goth Kings).

Thus, for example, it is not a question of eliminating Philosophy to make room for Computing, or removing the hours of Computing from the subject of Mathematics (in both cases it would be a gross error). Rationalization requires a calm and deep debate, but it cannot be postponed.

It is the current (and future) teaching staff who should teach this subject, but for this it will require training, support material and, above all, recognition.

We must not postpone this change until it is too late. If we should have learned something from this pandemic, it is the need to invest in basic issues such as health, research and education (and we allow ourselves to add that also in digital transformation).

Let’s start thinking about what is needed at the educational level to promote this transformation since we cannot afford to miss this train. And if anyone thinks this requires a lot of resources, let him remember the old adage: “If you think education is expensive, try ignorance.”