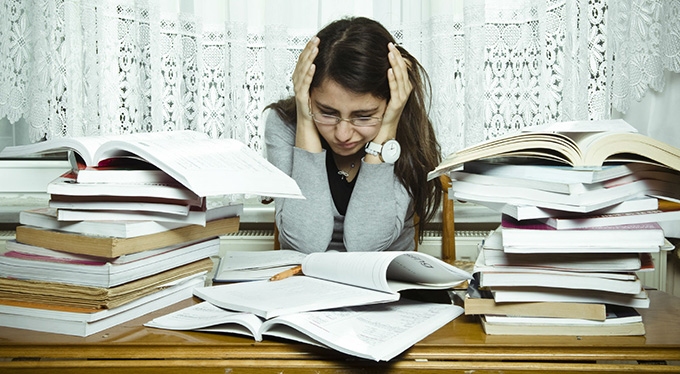 Student attrition is of concern to universities and to politicians and, most importantly, costly for the students concerned, both financially and emotionally. Voluntary attrition – “dropping out” – has been studied extensively, and can be broadly correlated with measures of disadvantage.

We looked at the under-researched area of students who face being excluded from university for poor academic performance in the middle of their degree. Much of the research on voluntary attrition has focused on the first year of enrolment and the issues of transition into university, especially for students from non-traditional backgrounds such as cultural minorities.

The most commonly described factors directly related to the university environment are commitment to the specific degree, integration into academic life, social engagement, academic achievement, confidence, and teaching and support expectations.

Factors less easily influenced by the university itself include work commitments, financial problems, being first-in-family, time management issues, daily travel and family commitments. But these are starting to be addressed.

For example, the Group of Eight big universities and Australian Council of Social Service (ACOSS) have recently announced a collaborative project to promote more equitable outcomes for students from low socio-economic backgrounds and regional and remote locations.

The difference between ‘voluntary’ and ‘involuntary’

Voluntary attrition isn’t necessarily a bad thing. Students don’t need to complete a degree to gain benefit from their study. As the Grattan Institute point out:

Australia makes it easy to try university, and some students will always decide it is not for them.

But involuntary attrition is different from choosing to drop out. Our study looked at students who wanted to remain enrolled in a degree despite a consistent record of academic failure that would normally result in exclusion.

Exclusion is an unpleasant process but necessary to protect not only the student from futile expense, but also the quality of other students’ learning experiences and the reputation of the university’s graduates.

We looked at students’ written responses to a university faculty’s exclusion committee that explained their previously poor academic performance and why the previous lack of academic success would not continue if future enrolment were permitted.

The six most common reasons reported by students were:

Unpacking the reasons behind involuntary attrition

The most frequent single reason given was a need to work. For ethical reasons, this research was unable to probe beyond a written response form, but it would be very interesting to delve more deeply into this need. For example, some students have to rely on breakfast clubs put on by universities and related support organisations for basic nutrition. Others are able to set themselves much higher living standards.

We found the extent of mental health issues surprising. These were overwhelmingly documented by health practitioners (GPs, psychologists or psychiatrists) and, consistent with other recent findings, mental health issues were reported by one-third of the students in our study.

People in universities having mental health issues is not new. But what we found interesting was the range of other issues co-related with mental health by nearly all our respondents. Some of these were problems common to people aged in their early 20s, such as their love lives, ailing grandparents and parental divorce.

The rate of psychological distress is highest in the 18-24 age group in any case. But other students suggested a complex range of issues that may or may not have been causally related to mental health.

How can we help these students?

So, what can universities do to help students who have shown they can perform academically by gaining admission but do not achieve their academic potential?

In addition to the overly broad “need to work”, there are cases of short-term financial crisis and long-term financial advantage. Most universities have financial support services available, but often a student in crisis is not aware of them – perhaps they’re too busy dealing with the crisis. This is a communications issue.

Importantly, we found student mental health issues are more prominent than found in previous research on attrition, and more complex than in recent work across the graduate student population.

But an inescapable and significant conclusion to our findings is an increasing need for student mental health support. For example, the University of Queensland has started to address this by making mental health a key priority in its strategic planning and decision making.

While further work is also needed to assess the relevance of this work to students in other universities, our data suggest consideration should be given to placing mental health services at the front line of support for students at risk of involuntary attrition. Ideally, these mental health professionals would have a network of additional services for students appropriate to individual needs, such as financial support or job boards.

This would provide students with support for their identified mental health problems along with the thing causing those problems.

Author Bios: Colin Jevons is an Associate professor and Sophie Lindsay is a Lecturer: Work Integrated Learning both at Monash University