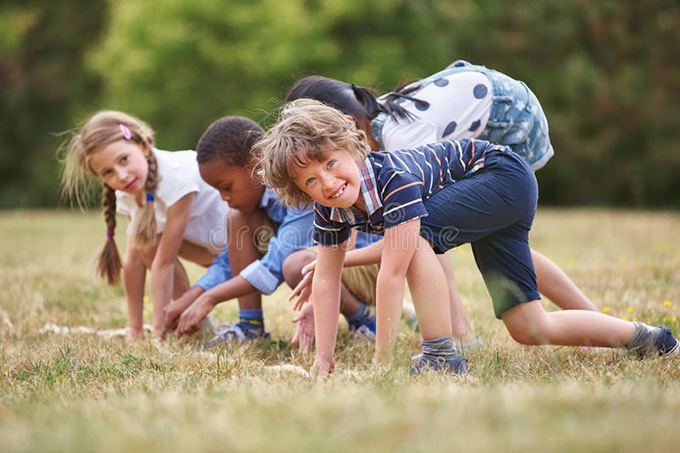 I handed down the final report of a two-year review of the New South Wales school curriculum in June 2020. One of the review’s key recommendations was to introduce what I called “untimed syllabuses”. This is where students who need more time for their learning are given it, and those ready to move on to the next stage are able to do so.

The NSW government has agreed to trial this recommendation over the coming years.

I made this recommendation in response to a problem teachers had identified. They explained the current curriculum lacks flexibility. It expects every student of the same age to learn the same things at the same time. This sounds fair, and it might be if all students began the school year ready for the year’s curriculum.

In reality, as the Gonski report observed, evidence from testing programs shows the most advanced students in each year of school are about five to six years ahead of the least advanced students. Instead of beginning on the same starting line, students begin each school year widely spread on the running track.

Despite this, they are all judged against the same finish line: the year-level curriculum expectations.

Some students are behind, others ahead

The differences we see in students’ performances mean many students begin each school year one, two or three years behind average for their year group and struggle. At the end of each year, they are required to move to the next curriculum, often not having mastered the content of the current curriculum.

For some, the year-level curriculum becomes increasingly beyond their reach and they fall further behind each year. The low grades they receive fail to reveal the progress they are making and reinforce their belief they are poor learners.

By 15 years of age, according to the OECD’s Programme for International Student Assessment (PISA), one in five Australian students has failed to achieve even a minimally acceptable level of reading or maths. Another one in five has failed to achieve a “proficient” standard (that is, a challenging but reasonable expectation) in these basics. Many of these students have struggled with year-level curricula throughout their schooling.

Worse, the students most affected are those also disadvantaged by their socioeconomic circumstances.

At the same time, some more advanced students, who are ready for more challenging material, are prevented from advancing to the next curriculum until the allotted time has elapsed.

This is not an observation about teachers; they do the best job they can to meet the needs of individual students. But teachers work within the constraints of a timed, lock-step and sometimes crowded curriculum that expects them to deliver the same content to everybody.

The 21st century requires a more flexible and personalised approach. Learners of the future will learn anywhere at any time, progressing at their own rates, often with the support of technology. In this world, there will be no place for determining what individuals are ready to learn from their age.

My proposal is for a curriculum consisting of a sequence of levels through which every student progresses, but not necessarily at the same pace. This provides teachers with a frame of reference for establishing where individuals are in their learning and ensuring every student is taught and challenged at their current level.

Under this proposal, schools would continue to be organised into year groups and students in each year group normally would work in mixed-ability classes. The difference is that students in the same year group could be working at different curriculum levels.

The final report of the NSW Curriculum Review and the response of the Government can be found here: https://t.co/NonCj2RwrE

This is not the same as streaming. When students are assigned permanently to different instructional groups, they usually become “locked in” to those groups, with the result that ceilings are set on how far some students can progress. Under my proposal, every student progresses over time through the same sequence of curriculum levels.

Rather than simply judging all students against the same finish line, this approach recognises and rewards the progress individuals make over the course of a year, regardless of their starting points. Every student is expected to make excellent progress every year.

Is this backed by research?

It has long been established — including through the work of American psychologist David Ausubel and Soviet psychologist Lev Vygotsky — that the way to maximise learning is to stretch or challenge learners in a way that is appropriate to the points they have reached in their learning.

Students do not learn effectively when given material for which they are not ready or material well within their comfort zones. However, this is the experience of many students in our schools.

A number of countries have recognised the importance of providing every student will well-targeted learning challenges. Some, such as high-performing Finland and Estonia have dedicated teachers or small-group teaching for students who slip behind in their learning. Others, such as Scotland and Wales, have restructured their curricula into levels or “steps” through which all students progress.

Arguments against my proposed approach sometimes claim it is “fair” to hold all students to the same age-based expectations. But fairness is not achieved by treating all students equally — it depends on recognising individual differences and meeting each student’s current learning needs.

It is also often argued the best way to improve performance is to hold all students to the same standards. But this is what is currently done in Australian schools, with no evidence of improvement in either NAPLAN or PISA. The best way to lift standards is to ensure every student is presented with appropriately challenging material.

My review recognised that restructuring the school curriculum would be a major undertaking that would require time to test and get right. As many teachers observed, increased curriculum flexibility is essential if every student is to learn successfully and achieve their potential.