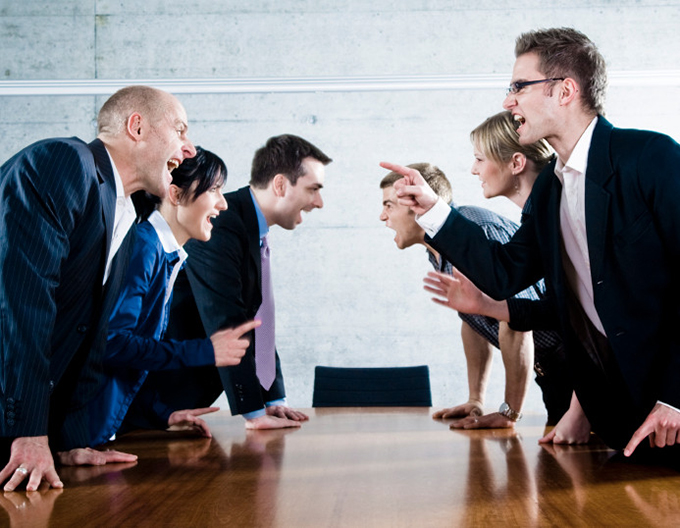 Incivility is on the rise in university culture. If you are an academic you’ve likely seen or experienced instances of bullying, incivility or mobbing in department meetings, in hallways and in seminars.

For our research on the emotional labour of leadership in higher education we interviewed 20 faculty deans from eight universities in four Australian states. What they called “smart bullies” routinely targeted 80% of them, they reported.

Of course, academics have been socialised to be contentious, to ask critical questions and engage in intellectual sparring. But sometimes these exchanges can become an intellectual battlefield characterised by vitriolic attacks, sarcastic innuendo and intellectual one-upmanship. Ideological convictions spill over into personal attacks, creating a fractured and toxic work environment.

Public universities in Australia are challenged to develop strategies to lessen the impacts of reductions in government funding and international student fee revenue and unforeseen events such as the COVID-19 pandemic. University leaders face tough decisions about restructuring, program rationalisation and staff redundancies to ensure the long-term viability of their institution. It is their responsibility to engage stakeholders in forming strategies and ensure faculty, staff and students understand the intended outcomes.

These changes and platforms for consultation have fuelled ideological clashes among academic staff and administration. Combative attacks on administrators by tenured academics aiming to reveal the shortcomings in their plans and undermine their credibility as leaders are increasingly common. Untenured faculty are less likely to contribute in these forums, particularly if their views don’t align with dominant group perspectives.

Of course, there should always be space for debate in universities. The concern is when it escalates to the point of aggression and uncivilised conduct. It’s then an obstacle to achieving clarity and understanding of the issue and engaging staff in solutions.

These exchanges can have lingering impacts on workplace culture and well-being of staff, students and administration. We see this in low morale, absenteeism, increased health issues and faculty disengagement.

What sort of behaviour are we talking about?

Typically, the aggressive behaviour isn’t overt bullying. As one dean said:

“Bullying, the aggression, or yelling, it doesn’t happen much because this is a university.”

There are policies, workshops and procedures to deal with harassment and bullying. She went on to say it was the “smart bullies” she found most difficult to contend with as a leader.

Bullying is defined as repeated patterns of negative behaviour, by a single person or group, that results in pressure, provocation or intimidation of the victim causing psychological harm. Smart bullies are adept at working around workplace policies. Instead, they draw upon a full arsenal of uncivilised behaviours such as acts of rudeness, demeaning comments and creating or spreading gossip and rumours.

Smart bullies use micro politics to create allies. They infiltrate committee structures and decisions to camouflage and insulate themselves as the real bully or instigator. Their behaviour is tolerated and often chalked up to expressions of academic freedom.

Incivility can stand alongside bullying, but is more insidious because it occurs in day-to-day interactions. Because these types of behaviours are part of most workplaces it makes incivility difficult to categorise and create policies to prevent and combat.

Incivility can stand alongside bullying, but is more insidious because it occurs in day-to-day interactions. Because these types of behaviours are part of most workplaces it makes incivility difficult to categorise and create policies to prevent and combat.

While part of being a dean is dealing with management and performance issues that involve difficult conversations, deans felt ill-prepared for the intensity and impacts on their mental and emotional well-being. They mostly suffered in silence, unable to discipline subordinates for behaviour that did not technically breach codes of conduct.

Deans who confront perpetrators risk sparking grievance complaints or rows over academic freedom. The alternative of appealing to provosts can appear weak and incompetent.

It’s near-impossible under current policies to stop or prevent incivility, but incivility is happening, the consequences are real and can have serious health and personal implications for the victims. For a sector that claims to be increasingly aware of the well-being and mental health of staff, incivility is quickly coming to the forefront of issues confronting HR researchers and departments.

Author Bios: Lynn Bosetti is Professor in Educational Leadership and Policy Studies at the University of British Columbia and Troy Heffernan is a Lecturer in Leadership at La Trobe University